“The Perfect Edge,” a short film about the Air Force’s Survival, Evasion, Resistance, and Escape program has been nominated for... 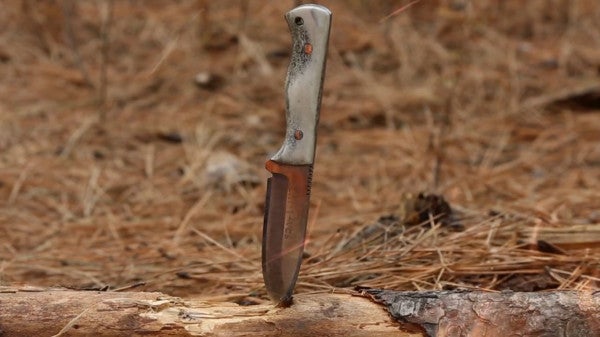 “The Perfect Edge,” a short film about the Air Force’s Survival, Evasion, Resistance, and Escape program has been nominated for an Emmy, according to Airman Magazine’s editor-in-chief, Bob Houlihan, who made the announcement on Facebook.

It was nominated for a regional Emmy by the Chesapeake Bay Chapter of the National Academy of Television Arts and Sciences, the pre-eminent organization in the television industry.

The film, “The Perfect Edge,” was produced last year. The two-minute long film depicts the forging of a survival knife and equates the process with SERE training. Senior Airman Joseph Collett, a SERE specialist instructor, provides the commentary.

The Air Force’s SERE school teaches airmen how to survive in the wilderness, how to evade capture by the enemy, how to resist interrogation,

“It’s a constant process of honing and polishing until you have that perfect edge,” Collett says.

AIRMAN MAGAZINE: The Perfect Edge from Airman Magazine on Vimeo.