The Crucible Is Where Marines Are Made, And Here’s How

Marines’ graduation from boot camp marks the end to a gruelling, three-month journey. Through each phase, the recruits are challenged... 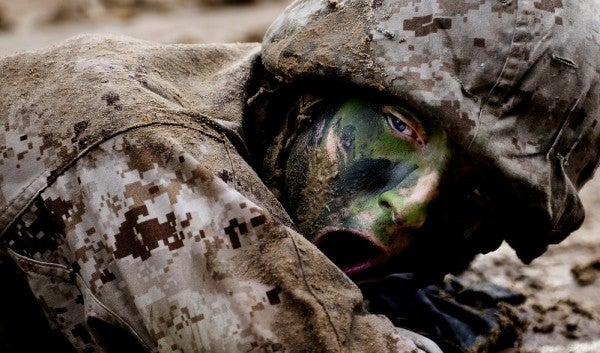 Marines’ graduation from boot camp marks the end to a gruelling, three-month journey. Through each phase, the recruits are challenged and pushed by their drill instructors, each other, and themselves.

And at no point in their training is this more true than during the Crucible, a multi-day training event designed to test recruits physically, mentally, and even morally.

Only those who make it through go on to earn the coveted title of Marine.

Enlisted Marines are trained at only two locations: Parris Island and Marine Corps Recruit Depot San Diego, California. The Crucible, which takes place at both locations, is a 54-hour long event that occurs on week 11, and the first day sets the tone.

Just before three in the morning, the recruits set out on an eight-kilometer march to the Crucible, a training area tucked away in the woods. When they arrive, they immediately begin their first event, Phillips explains.

Recruits complete six main events and a number of smaller ones.

“Each event is named after a Medal of Honor or Navy Cross recipient and you read a citation before you start an event, and it really touches home with the kids,” says Phillips.

The events are designed to simulate the rigors and stress of combat and require the recruits to work as a team to successfully navigate the obstacles. Additionally, the drill instructors assign different leaders for each event, so that every prospective Marine learns not just how to follow, but how to lead.

During the Crucible, recruits march about 40 miles on minimal food and sleep. They ration two and a half Meals Ready-to-Eat, and only sleep about three or four hours each night

Phillips explains that the training day often ends at 10 or 11 at night, with the recruits quickly cleaning their weapons and eating a small meal before they go to bed and wake up just a few hours later.

“They can barely move, their legs are aching, their bodies are hurting” says Phillips. “The kid’s not starving, but he definitely understands what it’s like to be tired and hungry. We’re in it right now.”

The final event is a night movement course.

Then the next morning, they hike back.

“They think they're done, they go to sleep, but we’re waking them up at 2 o’clock and they’re hiking at 3 a.m. all the way back to that eagle, globe, and anchor event,” says Phillips, referring to the ceremony where the recruits are presented the symbol of their service.

For recruits at Parris Island, the hike ends at the Iwo Jima Memorial, where their drill instructors present them with their eagle, globe, and anchor, and call them “Marine” for the first time.

“You took them from those kids that got here on day one and knew nothing, and now look at them,” says Phillips. “It’s a very touching moment. You’re handing them that eagle, globe, and anchor. It’s a prized possession.”

“They’re seeing now that they’re actually our brothers,” says Phillips. “They’re not recruits, they’re not pieces of crap, they’re not idiots, they’re United States Marines. They did what I’ve done.”