When I was the commanding officer of the 4th Recruit Training Battalion at Marine Corps Recruit Depot Parris Island, I... 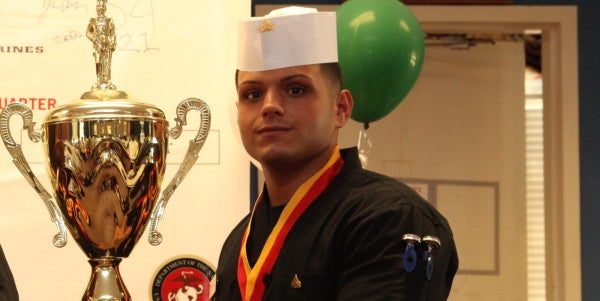 When I was the commanding officer of the 4th Recruit Training Battalion at Marine Corps Recruit Depot Parris Island, I repeatedly raised concerns to my chain of command about the gender bias and sexism my female Marines, recruits, and I faced. The recently relieved commander of 3rd Battalion was well known for making derogatory comments about women, going so far as to call my recruits “distractions” on hikes and telling the regimental commander he saw “no value” in integrating training events. My drill instructors and recruits repeatedly heard male drill instructors and senior enlisted depot staff insulting women, calling our battalion the “4th Dimension.” It was all too common for male drill instructors to tell the slower male recruits that they ran like “girls” or were “pussies.” Worse, recruit graduation data demonstrated that female recruits had been allowed to underperform for decades compared to their male counterparts. As women, they were simply expected not to excel or be able to compete with their male peers.

Even after a formal equal opportunity investigation into my complaints, the commanding general of Training and Education Command determined no gender bias existed on the recruit depot. This was an interesting conclusion considering the investigating officer received firsthand accounts from female Marines of sexism and bias on Parris Island. She also received copies of the data demonstrating the longstanding trend of below-average performance by female recruits. Unfortunately, the investigating officer appeared to base her determination on statements from male depot personnel who not surprisingly didn’t think gender bias existed. That was almost exactly one year ago, and since then, the Marine Corps has remained willfully blind to gender bias within its ranks.

Related: The Marine Corps doesn’t have the data to validate the status quo for women »

It was no surprise, then, that Marine chef, Sgt.Frank Cala, felt at ease making derogatory comments about female Marines while being filmed as a contestant on the cooking show “Hell’s Kitchen.” After being disqualified, Cala, executive chef to the commandant, was reported by Marine Corps Times and other media to have said, “The Blue Team never had any drama until the females came aboard and that’s when the ship sunk. That’s exactly why I get female Marines and I send them back wherever the they came from.” Supporters of Cala were quick to defend him, stating that the show’s editors could have cobbled various words from the interview together to create the controversial statement. His staff noncommissioned officer in charge, Gunnery Sgt. Brian Kauten, even went so far as imply that because Cala works with women every day, he couldn’t possibly be sexist.

Kauten cautioned readers not to believe everything they hear in the news. Kauten insisted that Cala was innocent, stating, “They can edit it and copy and paste and make any words come out of anybody’s mouth they want to — not just with him on the show, as an excuse, but with any contestant,” according to Marine Corps Times.

Many have drawn our attention to comments not in keeping w/ our values made on @HellsKitchenFOX Friday.

We are looking into it. Thank you.

The official Marine Corps response to the incident was that it is “taking the matter seriously” and that officials “are looking into it.” On Tuesday, Cala issued a video apology via Facebook. In the short clip, he claims to have respect for all Marines, regardless of gender. But his comments to the Fox television crew indicate a deep seated disregard for female Marines that most likely had its start in recruit training.

As with all of his male peers, Cala’s formative experience in the Marine Corps occurred in an all-male training environment. Segregation fosters an environment where women are routinely derided in order to establish them as “the other.” The cohesion in Cala’s boot camp platoon was most likely based on the idea that strength, courage, and warrior spirit are exclusively male virtues. As is still typical today, Cala’s drill instructors probably referred to the misfits of his platoon as “ladies” or “girls.” This is problematic for many reasons.

Recruit training techniques for men are based on what scientists call the “macho personality constellation,” or hyper masculinity. The macho personality constellation is marked by calloused sex attitudes toward women and the beliefs that violence is manly and that danger is exciting. At segregated Marine Corps boot camp, extreme mental and physical stresses of training are relied upon to produce strong fraternal bonds between male recruits and solidify the ideal of the male drill instructor as the premier leadership model. The sexist language used by the drill instructors to connote weakness is part of the unofficial training doctrine. In an environment where the female recruits and drill instructors are largely invisible but are commonly derided by the men, stereotypical views about women are used reinforce the male power hierarchy, in which women simply have no place.

Segregation leads male drill instructors and recruits to believe that women enjoy an easier boot camp experience and undermines the accomplishments of both the female recruits and their training staff. This is a dangerous practice that has damaged group cohesion and fostered demeaning stereotypes for female Marines. Most significantly, the hyper masculine environment promotes a climate of distrust between men and women and fosters the notion that violence, and not empathy and respect for humanity, is the most necessary component to being a warrior. Unfortunately, no amount of Marine Corps wide unconscious bias training will undo what Marines learn during their formative 13 weeks of initial training. Cala’s recent comments about female Marines are nothing more than a reflection of how he was transformed into a Marine at segregated boot camp.

Clearly, change is necessary in terms of how we indoctrinate men and women into the Marine Corps. If recruit training is indeed the foundational underpinning of an enlisted Marine’s values and character, we must embrace the idea that boot camp must evolve in order to eliminate training methods that serve to perpetuate gender bias. Hiding from the ugly baby by refusing to acknowledge that it exists will do nothing to curb sexist behavior, harassment, and assaults. It is time for the Corps to stop perpetuating the myth that callousness towards women is an integral part of creating a warrior spirit. Anything less is an insult to female Marines.