There’s a “pink tax” on military uniforms — that is, women are charged more for the same item as men.... 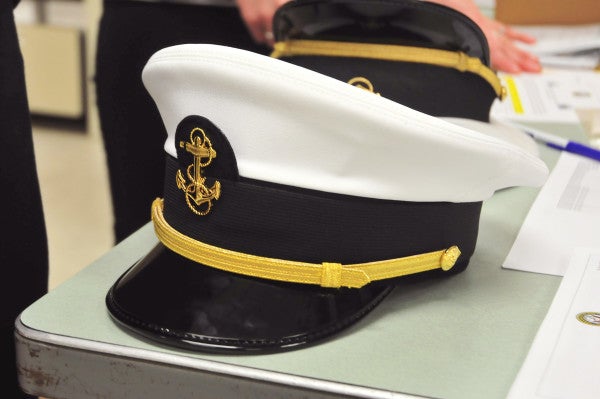 There’s a “pink tax” on military uniforms — that is, women are charged more for the same item as men. It’s yet another invisible form of gender inequality. This has largely been accepted as a routine annoyance, and is part of the overall trend of how being a woman is more expensive than being a man. Some argue that this is because there are fewer women in the service, so the uniforms cost more to make. This is lazy nonsense, quickly disproved by the fact that there are several items that do cost the same, including one manufacturer’s version of the service dress blues. Even though it’s common to price gouge women for the same product, it’s still wrong to do so, especially during the current push toward “gender-neutral” uniforms.

If this has been going on for so long, why bring it up now? Women’s dress uniforms in the Navy and Marine Corps are shifting to a more masculine version, called “gender-neutral,” and touted as a step toward equality. Fortunately, widespread outrage over the uniform changes has led the House Armed Services Committee to call for a stall to uniform changes, saying, “The committee is concerned that recent changes to Navy female service dress uniforms, uniform covers, and other non-operational uniform components were not consistent with the Navy’s standard processes for evaluating uniform item” reports Navy Times.

Related: The Navy’s uniform changes are anything but gender neutral »

As I’ve previously written, female officers are being forced to buy new uniforms at their own expense. The service dress white and combination cover are uniform items that people were largely happy with, and are worn so infrequently that many women have the same uniform items over the course of their entire careers. The khaki pants and summer white pants, which are worn as frequently as every day, are notorious for fitting poorly, and were left unchanged. So instead of fixing a known problem, Big Navy wants to force female officers to buy something none of them really want.

It’s already been addressed that this change will cost between $200 and $700 per person; especially considering the old, serviceable uniforms will be worthless. Because of this forced, uncompensated expense that will only be shouldered by female officers, it is worth examining other discrepancies. Enlisted personnel receive a stipend to cover the cost of new uniforms, and female enlisted sailors already receive a uniform allowance adjusted for the pink tax.

Below is a table showing the cost differential for a handful of Navy officer dress uniforms:

Although a handful of items cost the same and one item even costs less for women, overall, this small cross-section of the seabag already costs nearly $100 more for women. The entire seabag costs nearly $300 more for women — and that’s without hidden costs like tailoring, restriping, and items that can be worn with multiple men’s uniforms, but require women to buy a special version. Some of the above items are even gender-neutral in appearance — such as the belt for khakis, shoulder boards, and the alternate combination cover. Despite this, men have more economical options; women are stuck paying for a more expensive version of the same thing.

While tailoring is an expense both men and women pay for, many of the women’s uniforms fit so poorly that women officers often pay out of pocket to purchase more feminine uniform items: high heels, skirts, and the khaki overblouse. This is not simply because it makes some feel more confident about their appearance, but also out of the necessity of maintaining a professional appearance.

It’s easy to brush this off and say, “You don’t have to purchase them.” Frankly, the required uniform items look awful on certain body types. If you have wide hips, pants that come up to your natural waist look cartoonish. When one’s credibility is intertwined with appearance — and doubly so if you are a woman — does it not make sense that some female officers feel compelled to buy the more feminine uniform items, which are often better-fitting, in order to look professional and therefore be taken seriously? Nobody expects civilian women professionals to wear men’s business suits and ties, so there are women’s pant suits. Perhaps one day, women in the Navy will have pants that fit, but until then, the additional expense of purchasing the skirts, overblouse, and pumps comes to approximately $400.

There is no official, public answer as to why these uniforms cost more, although discussions about per-unit cost regarding to the Navy Working Uniform indicate that it’s likely because fewer are made. This argument is baseless. It’s a predatory ploy by the uniform companies to turn a greater profit at expense of female service members, and taxpayers who are paying the uniform stipend for female enlisted sailors. Women’s uniforms require less fabric, and we already don’t charge those who wear uncommon sizes additional money. This argument is further refuted by the fact that the Brooks Brothers service dress blue uniform costs the same for both men and women, and additionally by the fact that certain articles of other uniforms cost the same.

Another argument is that women’s clothing always costs more — in some cases this is true, and it’s a sexist and frankly wrong practice when it’s done. However, a quick glance at the website for Brooks Brothers will demonstrate that dress shirts and suits for men and women are similarly priced. If Brooks Brothers can figure out how to make men’s and women’s service dress blues and civilian business attire cost the same, why don’t all our other uniforms cost the same?

Finally, these arguments against fixing the cost of uniforms are lazy because the Department of the Navy and Congress have the power to fix this problem. The solutions are twofold. First, renegotiate with the uniform manufacturers. No uniform manufacturing company would pass on the millions of dollars in profit they make from holding a contract. After all, a company that charges $42 (or more) for four-inch shoulder boards made of felt and cardboard is probably quite profitable. Second, the Department of the Navy can simply raise the cost of men’s uniforms and lower the cost of women’s uniforms so that they are the same.

Nobody is asking for uniforms to be cheaper, and the cost of military uniforms is a known and accepted racket. When only female officers are asked to shoulder a financial burden while simultaneously being told it’s part of a push toward gender equality, that’s hypocrisy. We must fix existing problems before expending time and taxpayer money on creating new ones. If we are truly to achieve gender equality in the military, we must also examine often-invisible matters such as the cost of uniforms that continues to place a disproportionate burden on women.