In a public Facebook post, Marine Sgt. Maj. Justin LeHew spoke out against Secretary of the Navy Ray Mabus’ comments... 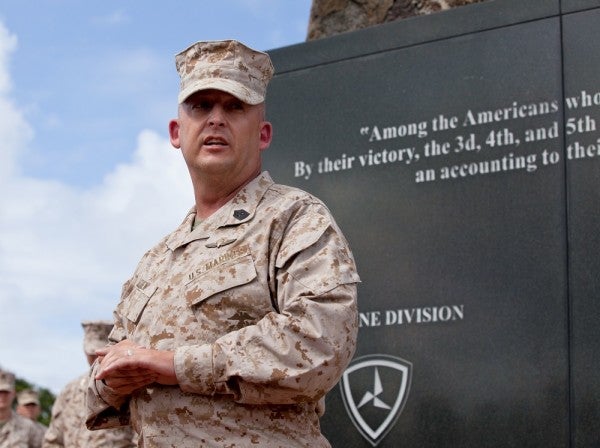 In a public Facebook post, Marine Sgt. Maj. Justin LeHew spoke out against Secretary of the Navy Ray Mabus’ comments regarding the Corps’ monthslong study on women in the infantry. In the Sept. 12 post, LeHew, a highly decorated combat veteran who played a key role in the nine-month long experiment, accused Mabus of being “way off base” when the secretary suggested that officials went into the test assuming the female candidates would underperform.

“No one went into this with the mentality that we did not want this to succeed,” wrote LeHew, who was responding to the comments Mabus made during a Sept. 11 interview on NPR. “No Marine, regardless of gender would do that. With our limited manpower we cannot afford to not train everyone to the best of their abilities.”

LeHew, who received the Navy Cross for his actions during an ambush in Iraq in 2003 when he risked his life to evacuate four soldiers and recover nine dead and wounded Marines, went on say that with “regards to the infantry … there is no trophy for second place.”

“You perform or die,” reads LeHew’s post, which he has since taken down from Facebook. “Make no mistake. In this realm, you want your fastest, most fit, most physical and most lethal person you can possibly put on the battlefield to overwhelm the enemy's ability to counter what you are throwing at them and in every test case, that person has turned out to be a man. There is nothing gender biased about this, it is what it is.”