Results Are In: Army Is The Fattest, Marine Corps Is The Fittest

We’ve already learned that the military is fatter than ever, but evidently one branch takes the cake … and the... 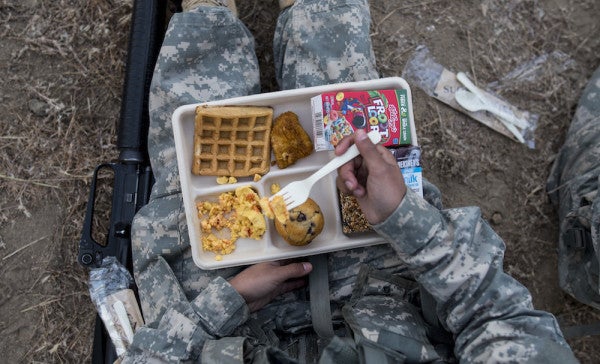 We’ve already learned that the military is fatter than ever, but evidently one branch takes the cake … and the pizza… and the chili mac. As it turns out, the Army is the most overweight of all the services, according to Defense Department data obtained by Military Times.

Right now, 10.5% of all Army members are overweight, with the Air Force trailing close behind. The Navy is third, with the Marine Corps proving the most fit of all the branches with just 2.3% obesity. But it too has more than 4,800 members who exceed weight limits.

Overall, the military has an obesity rate of 7.8%, largely fueled by the Army’s 3.9% spike in obesity over the last five years.

Still, when compared to the overall population of the United States, obesity among service members is much lower. Data from the Centers for Disease Control show that 68.8% of the adult American population is clinically overweight or obese.

But branch officials are protesting the results, suggesting that the Pentagon’s decision to base its data on Body Mass Index, which simply evaluates a person’s height and weight ratio, is not painting an accurate picture.

Both the Army and the Air Force pushed back, suggesting that their members are still meeting rigorous fitness requirements, Military Times reported.

However, deputy assistant secretary of defense for health services policy and oversight, Dr. Terry Adirim, told Military Times that she was not worried about obesity impacting readiness across the services.

“I feel good that our military service members are well below the general population,” she added.