So far, 2 out of 13,763 requests for religious exemptions have been granted. 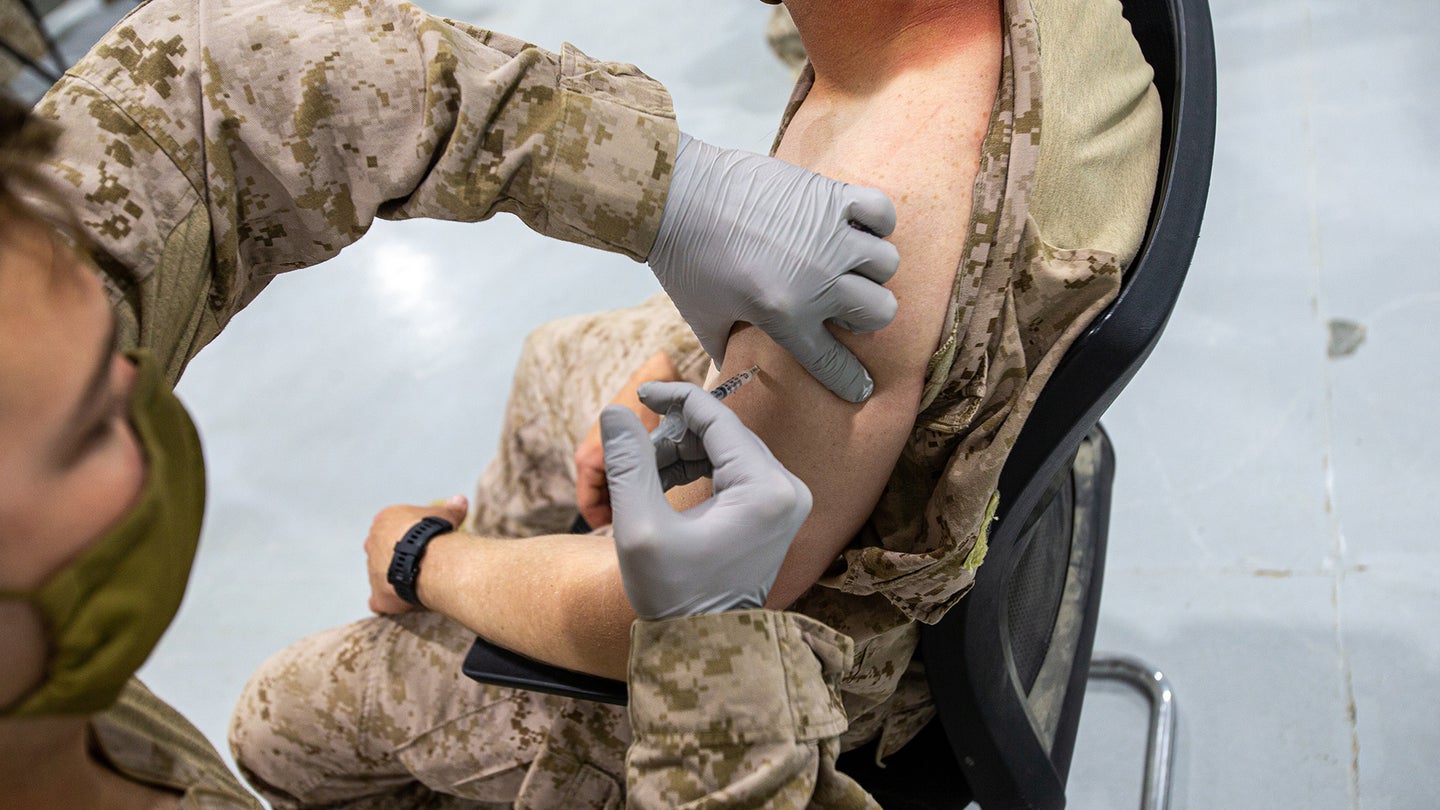 Two Marines have become the first service members to be granted religious exemptions from being vaccinated for the novel coronavirus (COVID-19).

Due to privacy considerations, no information about the two Marines was immediately available, said Marine Corps spokesman Capt. Andrew Wood.

“Requests for religious accommodation are meticulously reviewed before being forwarded to the adjudication authority,” Wood said on Thursday. “Requests are reviewed and endorsed (as applicable) by the Marine’s lieutenant colonel commander, colonel commander, and commanding general before being forwarded to the adjudication authority – the Deputy Commandant, Manpower and Reserve Affairs. Within Manpower and Reserve Affairs, there is a three-person Religious Accommodation board which reviews each package, and makes a recommendation to the Deputy Commandant. The Deputy Commandant then personally reviews the content of each package before making a decision.”

In total, the military branches have received at 13,763 requests for exemptions thus far, according to information provided by the services. Many of those requests have been denied.

As of Thursday, the Marine Corps had received 3,350 requests for religious accommodations, of which 3,212 have been processed, Corps officials said.

The Army has received 2,128 religious exemptions requests, of which 162 have been rejected, the service announced on Wednesday. The Air Force has rejected 2,387 requests for religious accommodations for airmen and Space Force Guardians, and another 2,158 requests are pending, according to the service’s website.

The Navy has not approved any of the 3,038 requests from active-duty sailors or  702 requests from Reserve sailors for religious exemptions, according to the most recent data posted on the Navy’s website.

However, a federal judge has temporarily blocked the Navy from punishing 35 special operators who had refused to get vaccinated for COVID-19 on religious grounds. Those sailors include Navy SEALs, Special Warfare Combat Craft Crewmen, Navy Divers, and an Explosive Ordnance Disposal Technician.

“This Court does not make light of COVID-19’s impact on the military,” U.S. District Judge Reed O’Connor wrote in his Jan. 3 ruling. “Collectively, our armed forces have lost 80 lives to COVID-19 over the course of the pandemic.”

“The Plaintiffs’ loss of religious liberties outweighs any forthcoming harm to the Navy,” O’Connor continued. “Even the direst circumstances cannot justify the loss of constitutional rights.”

In August, the Defense Department made the COVID-19 vaccine mandatory for all active-duty, National Guard, and Reserve service members. Each of the military branches set different deadlines by which troops were required to be fully vaccinated.

The Marine Corps has taken the most aggressive of the military services to enforce its vaccine deadline.  A total of 351 Marines have been separated so far for refusing to get vaccinated, compared with 87 airmen,20 Navy recruits and no soldiers, service officials said.

Six state governors have attempted to make their National Guard troops exempt from the Defense Department’s vaccine mandate. A federal judge in December rejected a lawsuit from Oklahoma Gov. Kevin Stitt that had challenged the Pentagon’s authority to require National Guardsmen to be vaccinated.

Defense Secretary Lloyd Austin also announced in December that National Guard troops have to be fully vaccinated in order to get paid by the federal government and earn credit toward their retirement.