Pentagon to Oklahoma National Guard troops: No vaccine, no paycheck

Cash Rules Everything Around Me. 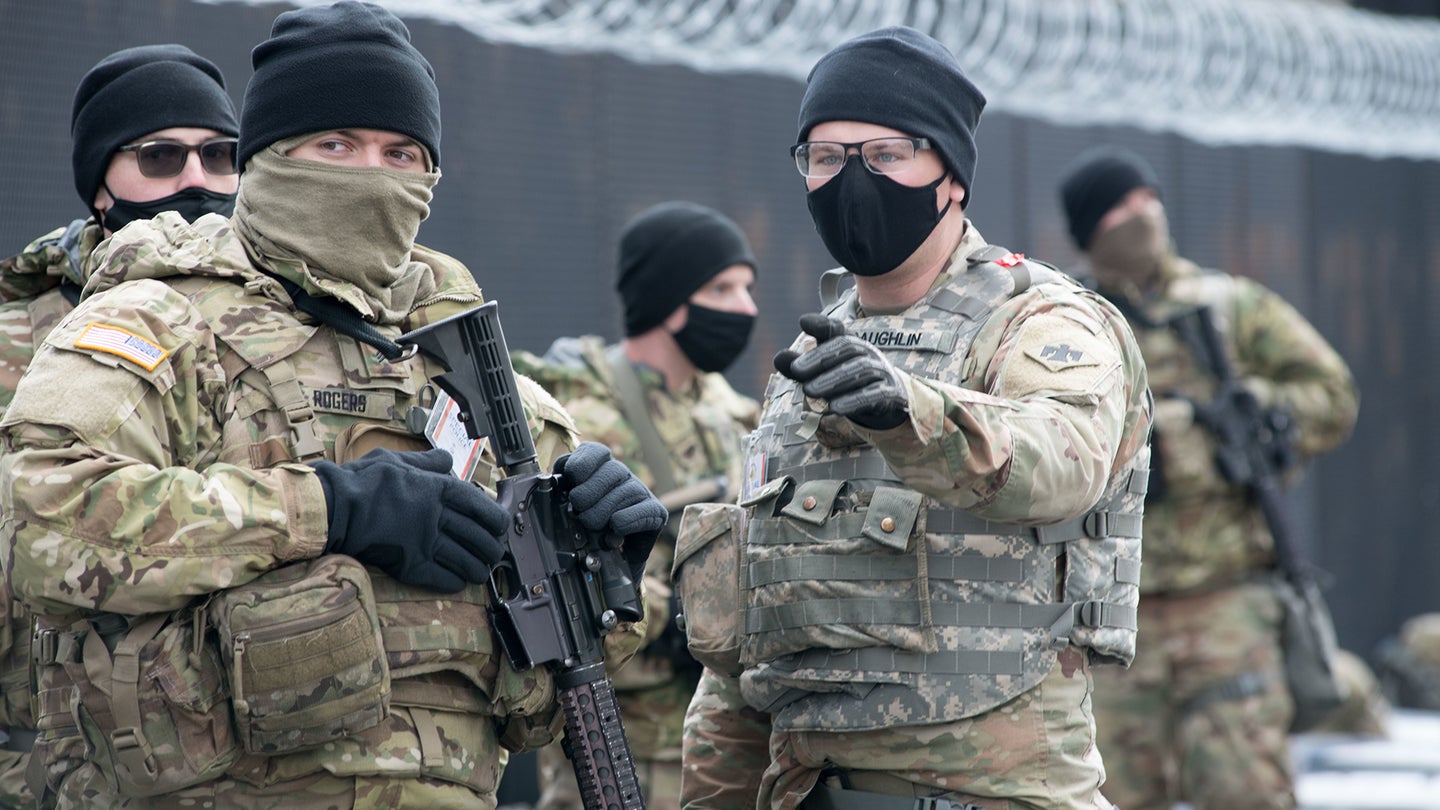 Few things are more important to U.S. troops than pay and benefits, and Defense Secretary Lloyd Austin is counting on precisely that to prompt Oklahoma National Guardsmen to get vaccinated for the novel coronavirus (COVID-19).

Now Austin has announced that all service members in the National Guard need to be vaccinated if they want to continue to get paid by the federal government and earn credit toward their federal retirement.

In a Nov. 30 memo, Austin made clear that the Defense Department’s vaccine mandate applies when National Guard troops are activated under Title 32 of the U.S. Code, when they are paid by the federal government but still under the control of their state’s governor.

“No Department of Defense funding may be allocated for payment of duties performed under Title 32 for members of the National Guard who do not comply with Department of Defense COVID-19 vaccination requirements,” Austin wrote. “No credit or excused absence shall be afforded to members who do not participate in drills, training, or other duty due to failure to be fully vaccinated against COVID-19.”

Moreover, National Guard troops must be fully vaccinated to take part in drills, training, and certain other duties required to earn credit for retirement.

Those events include weekend drills that National Guardsmen are required to attend to maintain their status as members of the National Guard, annual training, and military schooling, said a defense official, who spoke on condition of anonymity due to the sensitivity of the issue.

The federal government does not pay National Guardsmen when they are activated by their states, the defense official said.

In recent years, the National Guard has become the catch-all solution for every problem, no matter whether it has anything to do with what National Guardsmen are trained to do. More than 120,000 National Guard troops were mobilized in June 2020 — the largest activation at a single time in the Guard’s history — amid the COVID-19 outbreak and protests following the death of George Floyd at the hands of Minneapolis police officers. Members of the National Guard have also been called on to deploy to the U.S./Mexico border, assist with illegal pot farms in Oregon, and drive school buses in Massachusetts.

A spokesman for Stitt did not respond to multiple phone and email requests to comment for this story.

It is not immediately clear how the Defense Department will track and enforce its requirement that National Guardsmen be fully vaccinated to be paid by the federal government. Austin ordered that the mandate be put into effect by Dec. 6.

“As I’ve said before, vaccination of the Force will save lives and is essential to our readiness,” Austin wrote.

An important aspect of Austin’s announcement is that National Guard troops who are not vaccinated by those deadlines will not be able to complete a “qualifying” year of service that will make them eligible to retire after 20 years, said Eugene Fidell, who teaches military law at New York University Law School.

“Some of these people may be bumping into age limits where they can’t make up their full 20,” said Fidell, who is also president emeritus of the National Institute of Military Justice. “So, it could be quite awkward for some Guard personnel.”

Should the consequences outlined in Austin’s memo fail to persuade National Guard troops to get fully vaccinated, the Defense Department has “a number of arrows still in the quiver,” such as stopping their promotions and making them ineligible to receive any pay from the federal government, Fidell said.

“These are steps in the right direction, but I would say this is still a kid glove approach,” Fidell said.