"Hey bro, what's up with this looking to give me a kidney?" 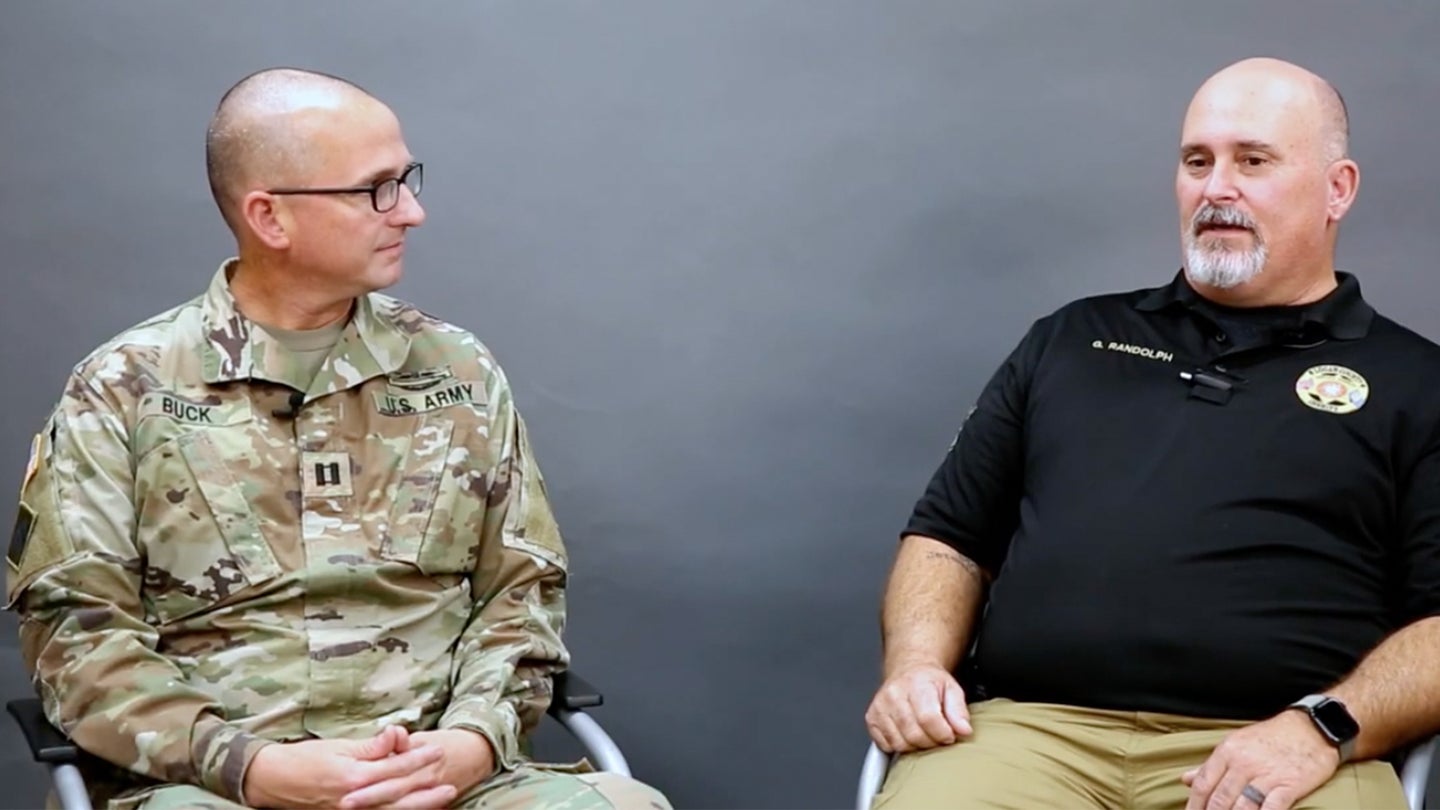 A veteran of the Oklahoma Army National Guard has a lot to be thankful for this Thanksgiving, and he knows exactly who to thank for it. Greg Randolph, a retired guardsman and deputy sheriff for Logan County, received the kidney of his good friend and fellow guardsman Capt. Christopher Buck earlier this year, greatly improving his health and sparing him a long wait for a transplant.

“It means everything,” Randolph said in a recent Guard news release. “It’s the most selfless act someone could give, so the respect and the love that I have for him is just off the charts.”

Donating an organ to someone in need is an incredibly selfless act, but there are even more risks when the donor is in the military. If the procedure led to complicated side effects for Buck, it could have triggered a medical discharge from the military, thereby ending his full-time career. Still Buck thought it was worth the risk.

“It meant more to help him,” he said. “I had a pretty good feeling I was going to turn out fine, but you know there’s always that chance and that didn’t matter to me. It was whatever turns out, turns out, we’re going to try and get Greg this kidney.”

Randolph first learned he had kidney trouble when he was leaving the military 14 years ago. His condition never improved, so about a year ago, the veteran was placed on the transplant list. That list is not a great place to be. According to the Department of Health and Human Services, 107,017 people are on the national organ transplant waiting list, a new person is added to the list every nine minutes, and every day 17 people die waiting for a transplant. The typical waiting time for a deceased donor is generally 3 to 5 years, Dr. E.N. Scott Samara, who performed the surgery on Randolph and Buck, told local news channel KOCO News 5.

“I have been doing kidney transplants for over 30 years. I continue to be so grateful for the friends and family who unselfishly come forward to donate a kidney,” Samara said. “Greg was able to receive Chris’ kidney less than a year after being listed for a transplant.”

It took a while to make sure Randolph and Buck were a good match. When Buck first heard his friend was in need, he first checked that the military would allow him to donate, and his request went all the way to the Surgeon General of the U.S. Army for approval. Once that was done, Buck had to go through all the required testing. The guardsman tried to keep it under wraps to prevent giving Randolph false hope if something went wrong, but eventually he spilled the beans at a cookout. Instead of the classic line “beer me, bro,” it was more like “kidney me, bro.”

“Buck and I hadn’t even talked about it-it was just through his wife and my wife going back and forth,” Randolph said. “So I went up to him at the cookout and I’m like, ‘Hey bro, what’s up with this looking to give me a kidney?’ and he was like, ‘Absolutely, man!’ So that kind of began our journey right there.”

The two bonded over their service in the National Guard.

“The Guard is a family and we immediately felt that bond,” said Buck, who added that part of the reason he donated a part of himself was because of the military’s tradition of selfless service.

“I think I felt inspired to be a part of this because of my military service,” he said. “We’re trained and educated on selfless service and what it means. We wouldn’t be in this job if we didn’t believe in it.”

Considering the odds against receiving an organ, especially from a service member, Randolph described Buck’s gift as miraculous.

“I try to tell people that we’ve been a part of a miracle,” he said. The deputy sheriff added that, as a result of all this, he immediately changed his driver’s license so that it labeled him as an organ donor.

“Being a donor, whether it’s living or deceased, it keeps people alive and makes a world of difference for not only the recipient but for their family and friends,” he said.

A marathon runner, Buck has recovered to the point that he now runs every day again, and he swears he has more energy now than he did before the surgery.

“I was more concerned about Buck than I was myself, because what if it didn’t take,” Randolph said. “I live that way every day-I’m like, ‘Well, what should I do for Buck? Should I run eight miles today?’ A brisk walk, maybe.”