Only the Marine Corps gets the M-32 semi-auto 40mm six-shot Grenade Launcher out of all the military branches. let's analyze... 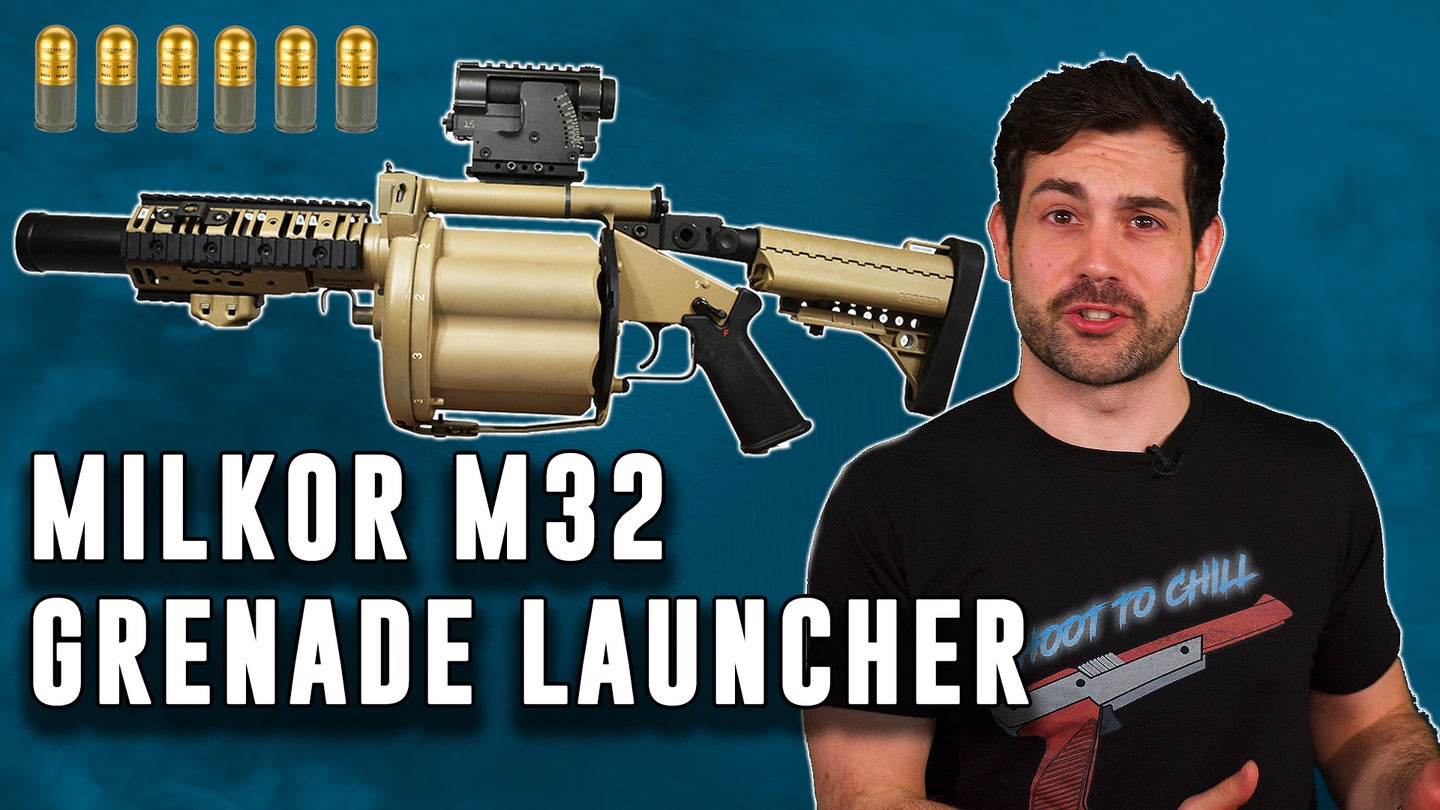 Only the Marine Corps gets the M-32 semi-auto 40mm six-shot Grenade Launcher out of all the military branches. let's analyze this weapon system. First of all, the M32 loaded with some less than lethal rounds is great for getting your local riot to finally chill out and settle down. In this episode, we try to uncover the mystery of why Chris Cappy's mustache seems to grow randomly throughout the video.

Shocking news, for the first time in military history there's even a taser version of the 40mm now! Infantry has been making use of the South African invented weapon since the 1980's. It's great for increasing the firepower of any platoon. When you read an MRE it says “Force Multiplier” on it. This is ACTUALLY a force multiplier. Force multiplied by 6 times the boom. The M320 and M320 have nothing on this weapon. It's a stand-alone though so if you're hoping to be a rifleman and an M32 gunner on the side you're out of luck.