Soldiers can prepare to kiss their standard-issue M203 and M320s goodbye: the Army is officially on the hunt for a brand new grenade launcher 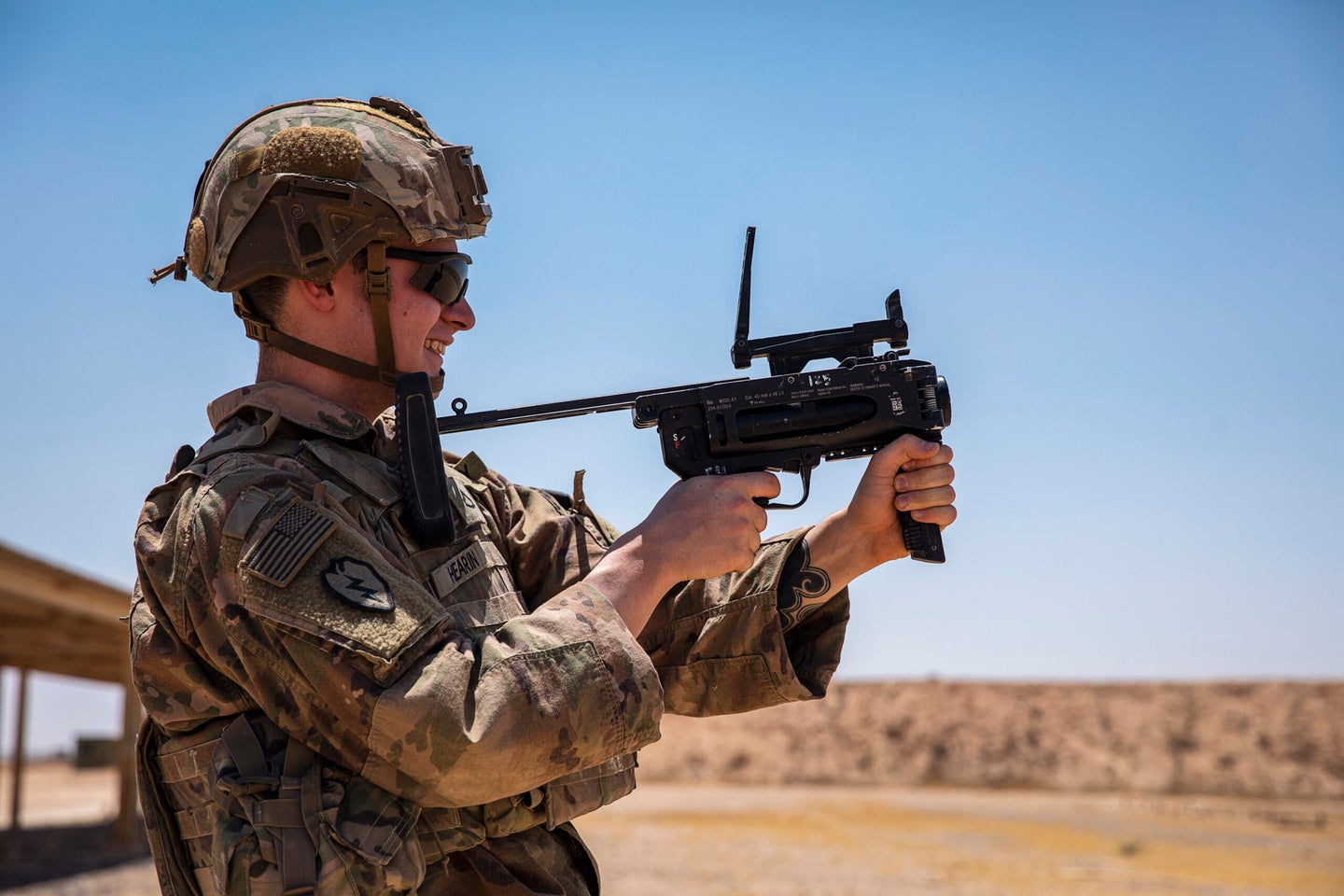 Soldiers can prepare to kiss their standard-issue M203 and M320s goodbye: the Army is officially on the hunt for a brand new grenade launcher.

The ideal PGS is described as “a man-portable integrated weapon system that enables precision engagements to destroy personnel targets in defilade and in the open,” according to the notice, with the system capable of engaging targets at ranges between 300 and 500 meters.

Based on the specifications detailed in the notice, the proposed PGS system will be significantly larger than the now-standard M320 (which is 11.8 inches and 5 pounds), measuring and weighing a maximum of 34 inches and 14.5 pounds, according to Army documents.

“The Army envisions the PGS to be an ambidextrous precision engagement weapon that destroys personnel targets in defilade and in the open with increased lethality and precision compared to the legacy M203/M320 grenade launchers,” Peter Rowland, a spokesman for PM Soldier Lethality, told Task & Purpose.

What’s truly distinctive about the proposed PGS, however, is the choice in ammo: the system envisions a suite of ammo beyond those typically used to engage targets in cover, including rounds specially designed to counter “light armored targets” and “hovering [unmanned aerial system] targets,” according to the notice.

Indeed, the armor-piercing rounds should be capable of nailing a lightly armored vehicle at a minimum distance of 500 meters “with an armor penetration of between 1.0 to 2.0 inches at 90 degrees rolled homogenous armor,” according to the notice.

In terms of taking our enemy drones, the counter-UAS round should be “capable of defeating small UAS systems out to 300 meters,” according to the notice.

“If successful, these rounds would provide new specialized capabilities for the warfighters that currently are not in existence,” Rowland told Task & Purpose.

The Army first began fielding the M320 in 2009 before later upgrading to the M320A1 that mounts under the M4 carbine, per Military.com. According to Army budget documents, the service has spent more than $270 million on more than 45,000 M320 systems and accessories since then.

At the moment, a timeline for testing and fielding a proposed new grenade launcher is unclear: the sources sought notice does not constitute a formal request for proposal.

One thing is likely, though: Whenever the Army does adopt the new PGS, it’ll take the Marine Corps at least a decade to finally get their hands on it — and you’ll probably get a chance to rock the new system in Battlefield before then.

This article has been updated to include comments from PM Soldier Lethality.