The airburst weapon that U.S. service members lovingly nicknamed 'The Punisher' may be dead in the water, but the Army is still working on fielding a next-generation precision weapons system designed to take out enemies behind cover 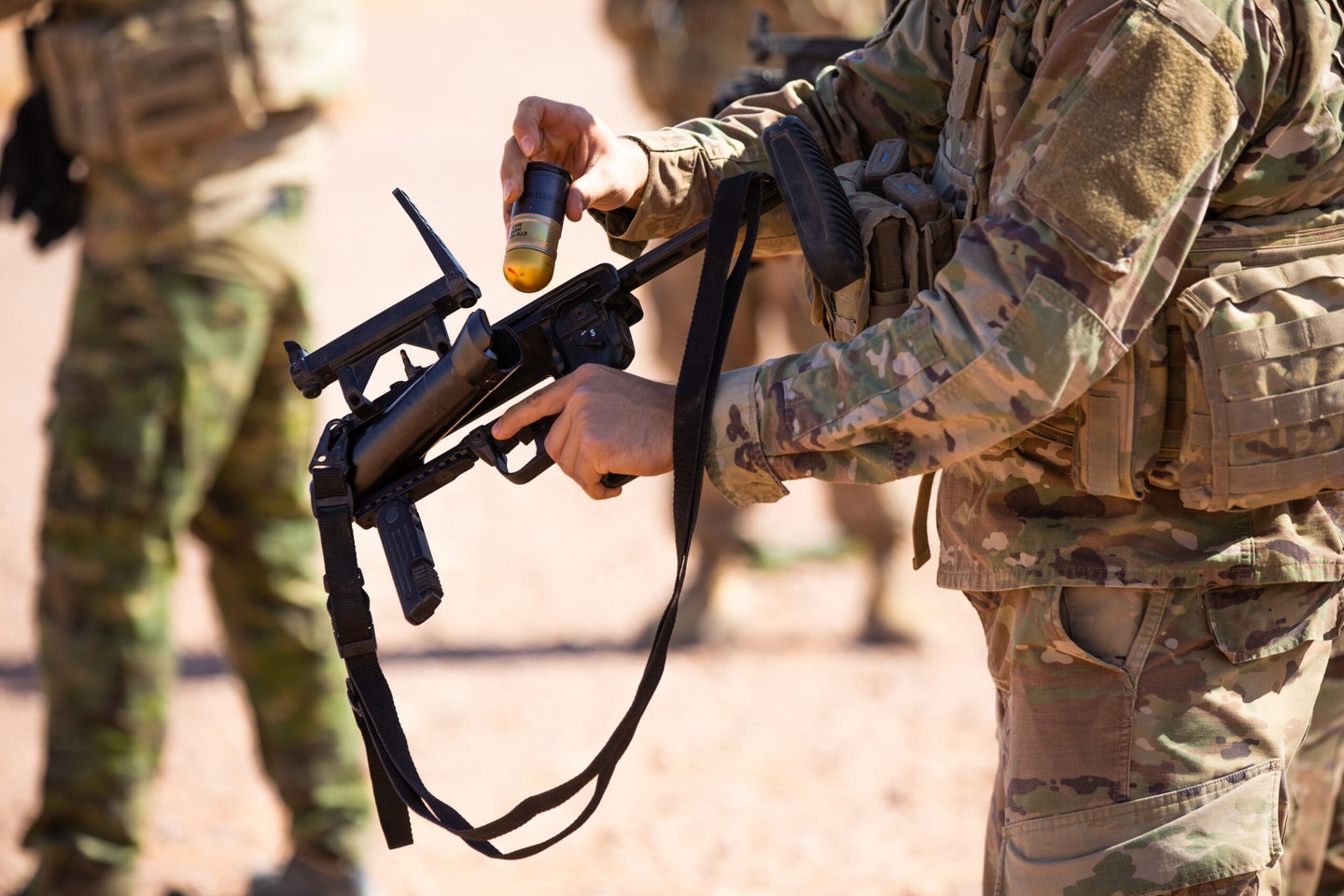 The airburst weapon that American service members lovingly nicknamed ‘The Punisher’ may be dead in the water, but the Army is still working on fielding a next-generation precision weapons system designed to take out enemies behind cover.

“There are certain aspects of a firefight or a gunfight that have not changed and probably will never change,” Soldier Requirements Division director Col. Rhett Thompson reportedly said during a National Defense Industrial Association conference on Thursday. “One of our challenges continues to be counter-defilade because of one thing that happens when you start the firefight … everybody goes down, everybody goes to ground.”

Thompson pointed to the Army’s new Precision Grenadier program as a vehicle to field a solution to infantry squads by 2028, according to Military.com.

Originally touted as a “leap-ahead” enhancement to soldiers’ arsenals in Afghanistan, the XM25 ‘Punisher’ used a next-generation target acquisition and fire control system to identify targets, determine the range, and program specially-designed, high-explosive ammo to explode in proximity to enemies at ranges of up to nearly 2,000 feet away.

But the Pentagon’s top operational testing authority urged the service to cancel the program in 2016 due to “two years of delays, increased program costs, and an unjustified fielding plan.”

By 2017, Army leaders canceled the service’s agreement with Orbital ATK after the defense firm failed to actually deliver the 20 weapons specified by the terms of the contract.

At the moment, the Army’s new PGS purports to offer “increased lethality and precision” compared to the service’s existing arsenal of legacy 40mm M203 and M320 grenade launchers that are traditionally employed to engage enemies in defilade.

Based on the specifications detailed in a sources sought notice issued in October, the proposed PGS system will be significantly larger than the now-standard M320 (which is 11.8 inches and 5 pounds), measuring and weighing a maximum of 34 inches and 14.5 pounds, according to Army documents.

As Task & Purpose previously reported, the PGS’s ammo selection is particularly noteworthy: the system envisions a suite of ammo beyond those typically used to engage targets in cover, including rounds specially designed to counter “light armored targets” and “hovering [unmanned aerial system] targets.”

“If successful, these rounds would provide new specialized capabilities for the warfighters that currently are not in existence,” as Peter Rowland, a spokesman for PM Soldier Lethality, previously told Task & Purpose.