After years of testing, the Marine Corps is poised to field the M320A1 grenade launcher to infantry squads as a replacement for the underslung M203, the latest much-needed update to the service's Vietnam-era arsenal in pursuit of delicious lethality 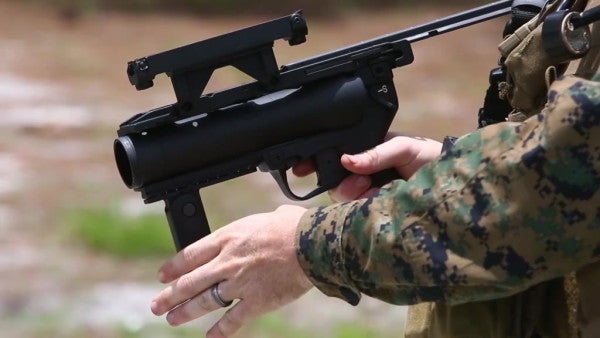 After years of testing, the Marine Corps is poised to field the M320A1 grenade launcher to infantry squads as a replacement for the underslung M203, the latest much-needed update to the service’s Vietnam-era arsenal in pursuit of delicious lethality.

“The functionality of the M320A1 makes it unique,” Hough said in the release. “The mounted version of the M320A1 is a capability we’re currently working on so that Marines have that option should they want it.”

But, as Task & Purpose reported at the time, Marines may already have some decent experience with the M320 from their barracks staycations: after all, the M320 has been a fixture of the Battlefield franchise since its first full appearance in 2010’s Battlefield 3.

The M320 is expected to make its way into Marine hands in fiscal year 2020. And remember: When you finally pick up your shiny new grenade launcher, don’t forget to comment, subscribe, and smash that like button!