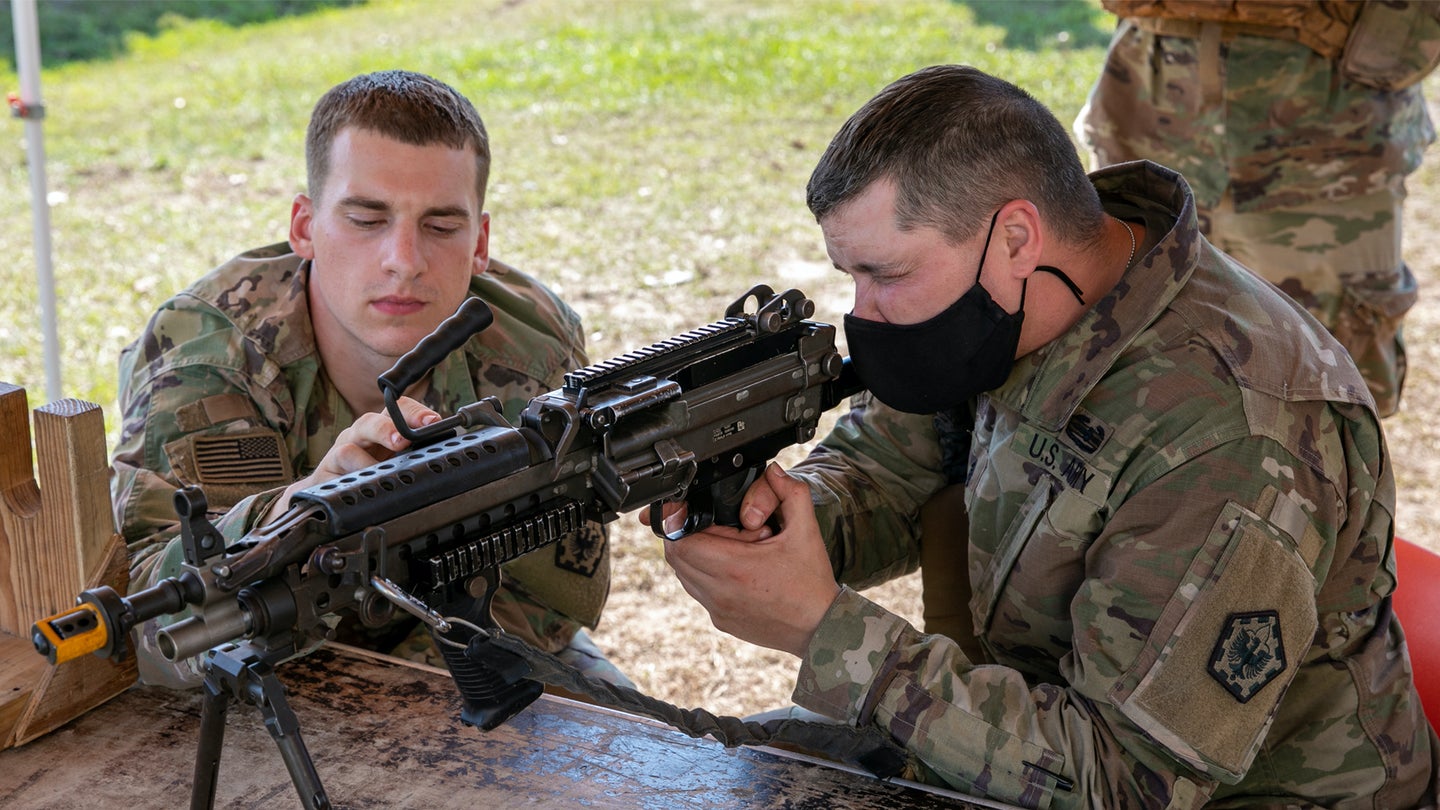 At least 1,900 firearms belonging to the U.S. military were lost or stolen in the last decade — the vast majority having come from the Army, the Associated Press reports.

The new, years-long exclusive report from the AP found that at least 1,900 weapons have gone missing or been stolen from the military between 2010 and 2019. That tally includes 1,179 rifles, 694 handguns, 74 machine guns, 36 grenade launchers, 34 rocket launchers, 25 mortars, 11 shotguns, and seven weapons listed as “others.”

Roughly 1,300 of those are from the Army alone, the military’s largest branch; but the AP’s report shows none of the services are innocent, with weapons going missing from military installations around the world, and some eventually ending up on civilian streets.

“The idea that pistols, assault weapons, grenade launchers are missing from armories of the United States military because they have been lost or stolen, without any apparent accounting, without any reporting to Congress or to the FBI … is just incredibly alarming and astonishing,” he said.

Wormuth responded that the number of missing weapons that end up in the hands of civilians is “likely to be a small number,” but said it is “something we will look into.”

The definitive tally of how many firearms are actually missing is unclear due to gaps of information from the Pentagon, which has stopped giving Congress updates on the issue. The AP said that the Army provided “conflicting information” over the last decade for this report and “sought to suppress information on missing weapons and gave misleading numbers.”

But the AP report reveals the scale at which it’s happening, filling in gaps of information that the Pentagon has not provided, and pinpoints several instances in which the missing firearms resurface in civilian crimes.

There was an instance in 2017 involving a man who “started wildly shooting an M9 pistol into the air during an argument with his girlfriend,” the AP reported. That pistol was traced back to a National Guard armory, where someone made off with six automatic weapons, five M9s, and a grenade launcher through an unlocked door, AP reported.

While some weapons have been recovered over the years — the AP reports that 63 of 211 Navy firearms which were previously reported missing have been recovered — many cases go unresolved. After looking at 45 Navy investigations, the AP found that no suspects were discovered and no weapons were recovered in 55% of cases. In those same cases, “investigators found records were destroyed or falsified, armories lacked basic security and inventories weren’t completed for weeks or months.”

In 2018 when an Army Beretta M9 pistol was used in a crime in New York, the U.S. Bureau of Alcohol, Tobacco, Firearms and Explosives found that the Army didn’t even know the pistol was missing, the AP reports, and didn’t know who took it or when.

The issue of missing or stolen firearms isn’t necessarily a new one; there have been several documented accounts over the years. There was the time the Air Force put out a cash reward to help find an ammunition container of MK 19 grenades, which fell off a truck. The same unit later lost an M240 machine gun. Or there was the time that a Marine sergeant was accused of stealing more than 10,000 ammunition rounds and dumping them in a ravine in California. Last year, a former Special Forces soldier was sentenced to two years in prison after stealing 43 enhanced night vision goggles.

And lest we forget the time just months ago when roughly 10 pounds of C4 explosives were reported missing from the Marine Corps Air Ground Combat Center Twentynine Palms in California.

But as the district attorney for Albany County, New York, told the AP, missing weapons can become more than just a military-specific problem after ending up on American streets, at which point they become the responsibility of civilian law enforcement.

“One gun creates a ton of devastation,” said David Soares, the Albany County district attorney. “And then it puts it on local officials, local law enforcement, to have to work extra hard to remove those guns from the community.”