"US troops getting the job done." 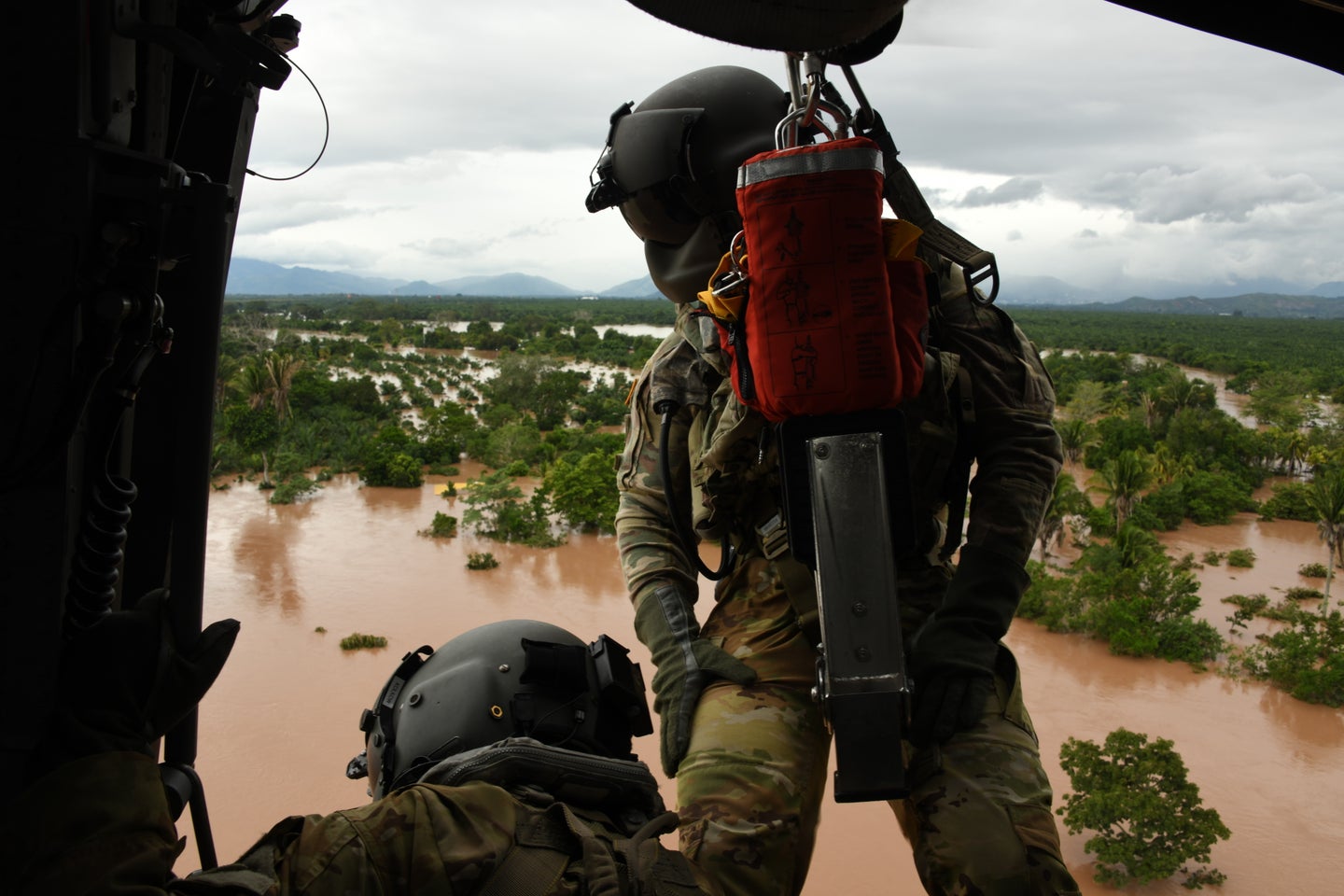 Amid the chaos in the world these days — of which there is no shortage — a video released by the Defense Department over the weekend of an HH-60 Black Hawk crew rescuing a Honduran child from hurricane floodwaters is worth your time.

The series of photos and videos published of the rescue operations includes one of a Black Hawk crew saving a Honduran child from floodwaters on Friday.

CNN’s Barbara Starr put it perfectly when she tweeted about the rescue last week: “US troops getting the job done. No fancy talk. Just working.”

JTF-B tweeted a video on Saturday showing another rescue in Honduras:

Another 69 military personnel and two Black Hawks were already in San Pedro Sula, Honduras, to assist the Honduran response force.

As of Sunday morning, 56 citizens in Honduras and Panama had been rescued, the press release said.

“Our immediate – number one priority is to save lives,” Adm. Craig Faller, SOUTHCOM commander, said in Sunday’s release. “These deployments highlight the importance of our strategic location at Soto Cano, which allows us to rapidly mobilize and respond to a crisis like this.”

Hurricane Eta arrived in northeast Nicaragua on Tuesday afternoon, the Associated Press reported. Dozens were killed across Central America, and a landslide in Guatemala is believed to have buried at least 100 people, per the AP.

The JTF-B commander, Army Col. John D. Litchfield, said in a separate press release last Wednesday that the task force was ready to assist “our friends in their time of need.”

“Our hearts go out to everyone who has lost loved ones, homes and livelihoods in this disaster,” Litchfield said. “We are determined to save as many lives as we can.”