Have no fear: the Jolly Green II is finally here 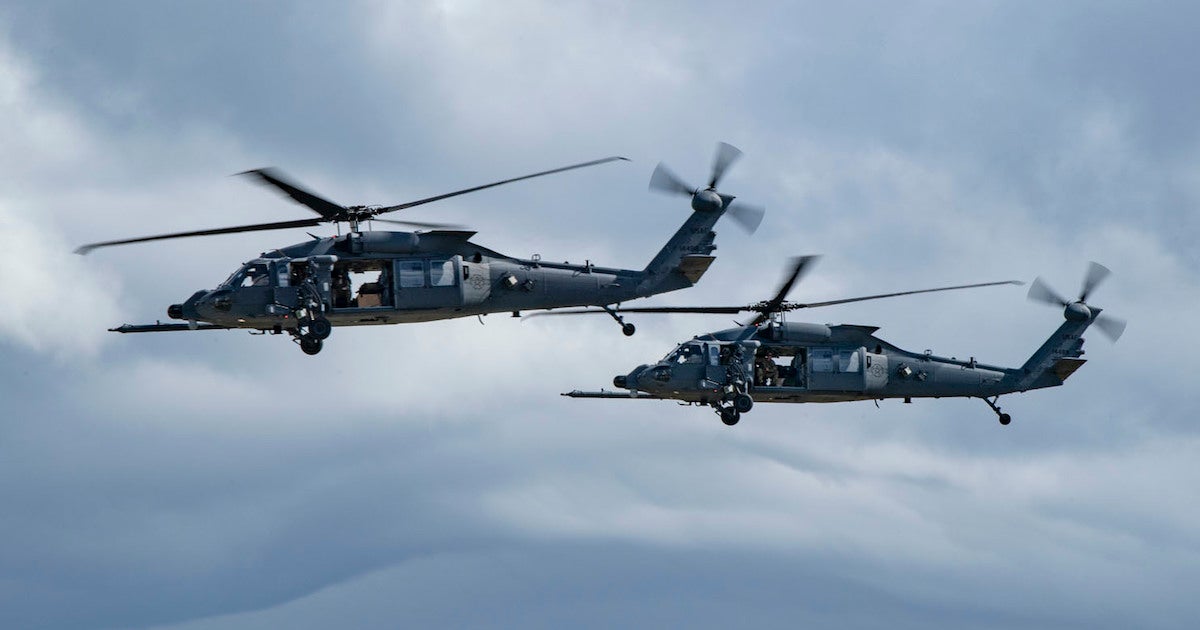 Have no fear: the Jolly Green II is finally here.

23rd Wing and 347th Rescue Group leadership took receipt of the new helos after they were flown from Lockheed Martin’s Sikorsky Training Academy in Connecticut to Moody AFB in Georgia by Air Force personnel.

The Air Force’s program of record calls for the purchase of 113 of the new combat rescue helicopters to replace its predecessor, the Sikorsky-made HH-60G Pave Hawk, which has been in service for nearly three decades.

The Jolly Green II “comes equipped with a wide range of capabilities that will ensure its crews continue carrying out their critical combat search and rescue and personnel recovery operations for all U.S. military services and allies in contested and diverse environments,” according to the Air Force release.

The Air Force had previously procured 22 HH-60Ws in fiscal years 2019 and 2020, according to Defense News, and the service requested $1.1 billion as part of its fiscal year 2021 budget for an additional 19 airframes.