The novel coronavirus (COVID-19) be damned, the Air Force is moving forward with its push to add a "Jetsons car" to its arsenal by 2023 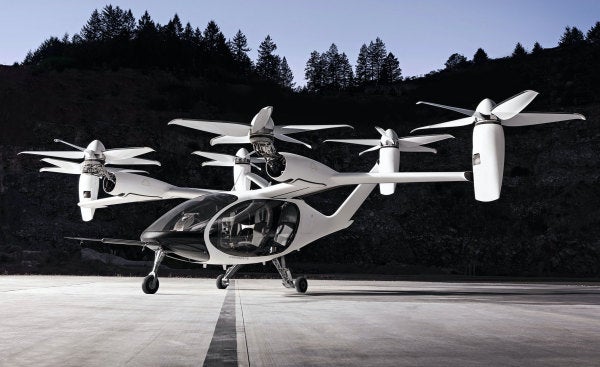 The novel coronavirus (COVID-19) be damned, the Air Force is moving forward with its push to add a “Jetsons car” to its arsenal by 2023.

The service has scheduled a virtual launch event for Agility Prime — its much-anticipated bid to operationalize a commercial electric vertical takeoff and landing (eVTOL) vehicle for military applications — for the week of April 27, the Air Force Life Cycle Management Center announced on Monday.

“Now is the perfect time to make Jetsons cars real,” said Dr. Will Roper, assistant secretary of the Air Force for acquisition, technology and logistics, in the AFLCMC statement.

First announced in September 2018, the Air Force issued a solicitation for industry proposals for a new eVTOL vehicles that are “typically characterized by employment of distributed propulsion for vertical flight and potential use of a wing for horizontal flight.”

According to Jane's 360, Agility Prime is less about developing new prototype eVTOL vehicles and more about engaging private-sector companies to compete in a challenge-style competition to “perform missions” on U.S. military testing ranges.

“We’re working with our operators right now on what missions we might do,” Roper said in February, according to Breaking Defense. “They’re a lot, which is great. There’s pilot rescue, there’s logistics, mobility is a great mission.”

As Breaking Defense noted at the time, Agility Prime is both an opportunity for the Air Force and a chance for commercial firms to “[avoid] the need to go through the time-consuming safety certification” from the Federal Aviation Administration while showcasing potential military applications for their tech.

Beyond Roper's scheduled keynote for the week of April 27, the launch of the program will include a “weeklong immersive virtual experience” for industry, including live virtual panels for manufacturers and live briefings from government officials.

“The intent of the initiative is to help develop the industrial base through market stimulation in an effort to accelerate commercial and military fielding which creates additional capability for our operators while saving the taxpayer money,” Agility Prime IPT lead Col. Nathan Diller said in a statement.

If all goes according to plan, the service will end up with an off-the-shelf eVTOL vehicle that will have reached operational capability by fiscal year 2023.