American forces are particularly unprepared to work with the host governments to establish effective security forces, an advisor mission that in Afghanistan and Iraq came only as an after-thought when policymakers realized they needed an exit strategy 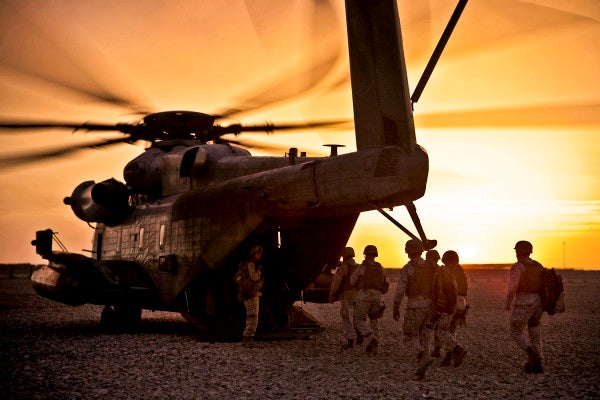 Pointing out the lack of preparedness for the Afghanistan War on the part of the United States is hardly a novel observation. No one could have predicted on September 10, 2001, that American troops would spend the better part of the next two decades struggling to defeat an intractable enemy while simultaneously attempting to establish a functional state in a part of the world known for its instability.

But American forces were particularly unprepared to work with the host governments to establish effective security forces, an advisor mission that came only as an after-thought when policymakers realized they needed an exit strategy. The U.S. military is very good at killing people and breaking things, so there was little doubt that the Taliban regime would fall once it came within American sights. But when a situation warrants something other than overmatched military might, the United States record falls far short of success.

Training and advising foreign military forces is a particularly delicate mission, as I learned while researching a recently published report for the Project On Government Oversight. Following the end of World War II, the Army performed this role in Korea, Vietnam, Iraq, and Afghanistan with varying degrees of success. While the U.S. made good on its promise to restore security and stability in Korea, it has failed to do so in Vietnam, Iraq, and Afghanistan.

This mission has been conducted haphazardly for decades. The services scrambled to create temporary organizations to prepare troops to serve as advisors. Most individuals selected to be advisors were chosen because they happened to be available at the time and not because they had the desire or aptitude for the role. It happened to me while serving in the Marine Corps. My superiors pulled me from a command position to fill a spot on an advisor team because I met the necessary criteria: I had a pulse and it was my turn.

For many years, the advisors we sent focused primarily on small unit training and individual soldier skills. American advisors were slow to help the host governments build the necessary schools, staff offices, and support structures necessary to build and sustain their independent security forces.

The results we’ve seen recently from these efforts are not encouraging: the Iraqi Army virtually disintegrated while battling ISIS fighters in 2014, despite eight years of American-led training and $25 billion in military aid. Afghanistan isn’t much better off: the Taliban has control over most of the country, and the Afghan National Defense and Security Forces are hobbled by a slew of problems from corruption to widespread desertions to a force structure the country’s modest budget can’t sustain.

The U.S. military is very good at killing people and breaking things … but when a situation warrants something other than overmatched military might, the United States record falls far short of success

The U.S. should avoid nation-building efforts whenever possible, but it’s inevitable that a new generation of civilian and military leaders will ultimately decide that they are smart enough to finally make it work. So, the Pentagon must prepare itself for all possible contingencies, especially since history suggests these conflicts are much more likely to recur in the near term.

The majority of national security conversations in Washington today focus on renewed great power competition—preparing for threats like Russia and China. That is good for the defense industry leaders who want to sell high-technology weapons, but it threatens to leave the military unprepared yet again to deal with scenarios that fall short of total war.

But there is one notable exception to nearly universal shift towards great power competition in the collective national security hive mind — and the U.S. must learn from it or risk repeating mistakes made in most major conflicts since World War II.

After a great deal of trial and error, in 2017, the Army created the Security Force Assistance Brigades or SFABs. These units focus exclusively on working with a host government to build competent and effective security forces. The current plans will see six such brigades over the next several years. Two of them have already deployed to Afghanistan, where they have gained valuable experience and had an opportunity to refine their way of doing business.

The real value of the SFABs is not what they do in Afghanistan today, but what they will do in a future conflict. They provide a living repository for the hard-earned lessons of Afghanistan. The individuals serving in them will be experts in their role every bit as much as a helicopter pilot or a tank commander in a regular combat unit, which is necessary for success. An effective military advisor must be equal parts soldier and diplomat, have an aptitude for teaching and mentoring, and possess language and cultural fluency.

That sort of expertise can only be attained when an individual devotes their career to the role, and the SFABs provide the place in which to do just that. It’s also an essential investment for future exit strategies. They provide a living repository for the lessons learned about advising foreign troops during the war on terror. Although the Center for Army Lessons Learned currently serves as a collection points for after action reports and other materials that can inform decisions about training and operations based on the experiences of others, individuals who are interested in reviewing and learning from any of the materials have to wade through them on their own while they also scramble to complete the required pre-deployment tasks. The SFABs will be populated with people whose business it is to focus on the advisor mission and pass their knowledge and experience directly to those who come behind them, making for a much more efficient and effective process.

The U.S. military’s lack of preparation undoubtedly cost lives and almost certainly lengthened the war. As the Special Inspector General for Afghanistan Reconstruction noted in 2019, “security is necessary to the success of all other aspects of reconstruction, including economic development, building government capacity, and stabilization.”

By establishing the SFABs, the Army is trying to make sure the United States is not similarly unprepared in the future. But just because the SFABs exist now doesn’t mean they will remain in place until they’re needed next. Our national security apparatus places a low priority on preparations for the kind of conflicts for which the SFABs are needed, preferring instead to purchase flashy fighter jets and massive ships.

In future budget debates, when Pentagon officials face a choice of funding the SFABs or purchasing a few helicopters, decades of experience shows they’ll choose the helicopters. So Congress needs to protect the SFABs from the Pentagon’s natural tendencies. Cutting the length of the war in Afghanistan by even a single year would have saved the taxpayers more than $50 billion, to say nothing of the lives that would be saved. That fact alone justifies developing and maintaining a robust military advisor capability during peacetime.