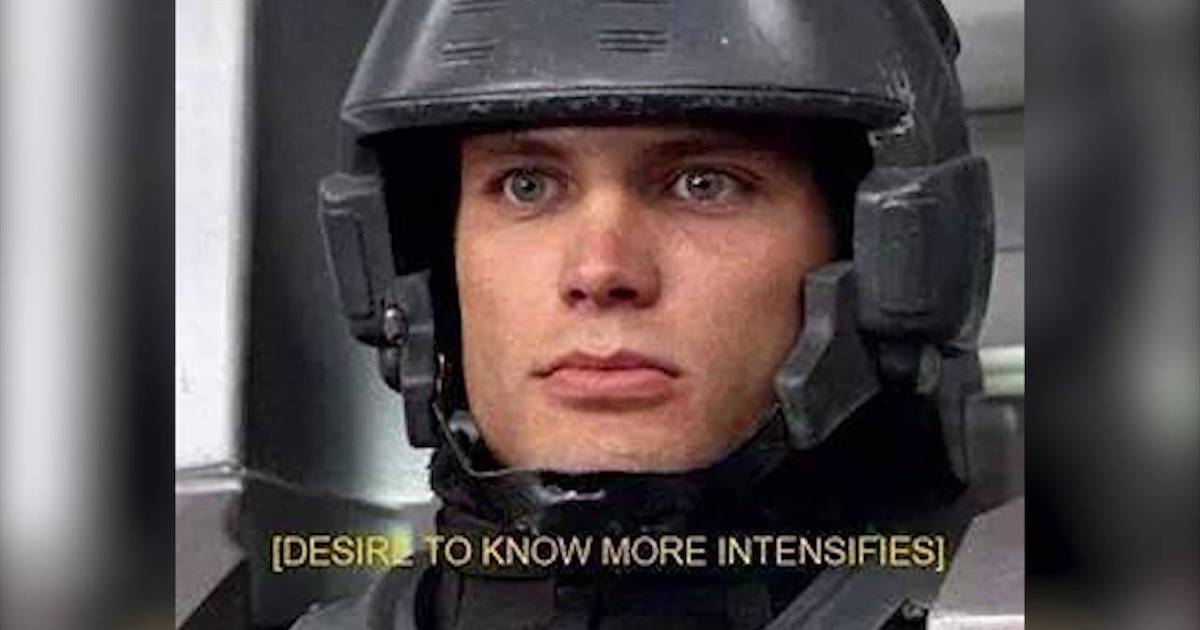 Logistics may be the most boring subject on the face of the planet — except when you start talking about spacedropping troops and supplies from fucking orbit.

The Air Force is extremely excited about the prospect of using suborbital transports to insert both essential cargo and U.S. service members onto a battlefield near you, thanks to a logistics chain ripped straight out of sci-fi yarns like Starship Troopers.

“When you can launch an austere airbase in a space capsule, that’s frickin’ awesome!”  said Will Roper, assistant secretary of the Air Force for acquisition, technology, and logistics, told reporters on Tuesday during a briefing on the service’s new Advanced Battle Management System.

“Just to be able to just have it come down, halfway around the world, with everything you need to be able to maintain and operate a small fleet of airplanes — refuel it, rearm it and get it back in the fight,” Roper added.

While Roper’s excitement centered on the idea of delivering critical equipment and even entire all-in-one facilities via suborbital trajectories, the Air Force acquisition czar also hinted that such a system could eventually deploy U.S. special operations forces to distant warzones in the event of “fast lightning clashes of technology” that will define a future conflict with a near-peer adversary.

The concept has captured the imaginations of generations of sci-fi fans thanks to a host of games, movies, and books ranging from Starship Troopers to Aliens to Warhammer 40,000.

“I don’t think anything is off the table, in terms of creative thinking for space,” Roper said.

“Now, people going into space to fight wars has not come up in a meeting that I’ve been in … But people thinking very broadly about cislunar space, the democratization of the asteroid belt as people move into mining, thinking very long-term thoughts, those are fun meetings to be in because it’s foundational thinking for space.”

Translation: Outer space is the next big warfighting domain, and all options for ensuring U.S. dominance there are on the table.

Related: The US military is eyeing ‘rocket cargo’ to resupply troops anywhere in the world in under an hour

The concept of suborbital transportation for U.S. troops and supplies has gained traction within the Pentagon in recent months. As Task & Purpose previously reported, U.S. Transportation Command is currently exploring the concept of space-borne ‘rocket cargo’ to resupply troops downrange.

This may seem promising, but don’t get excited just yet: According to experts, point-to-point space transport is “a decade-plus, maybe even multiple decades, in the future for that to be economical and practical from any commercial standpoint,” as one space-focused defense contractor recently told Breaking Defense.

Still, the prospect of using high-tech suborbital transports to inset specially-trained U.S. forces into any hostile environment on the planet seems endlessly appealing — if somewhat derivative:

Related: From the Halls of Montezuma to infinity and beyond: now introducing Space Marines