"It just really takes miracle workers ... to keep these airplanes in the air.” 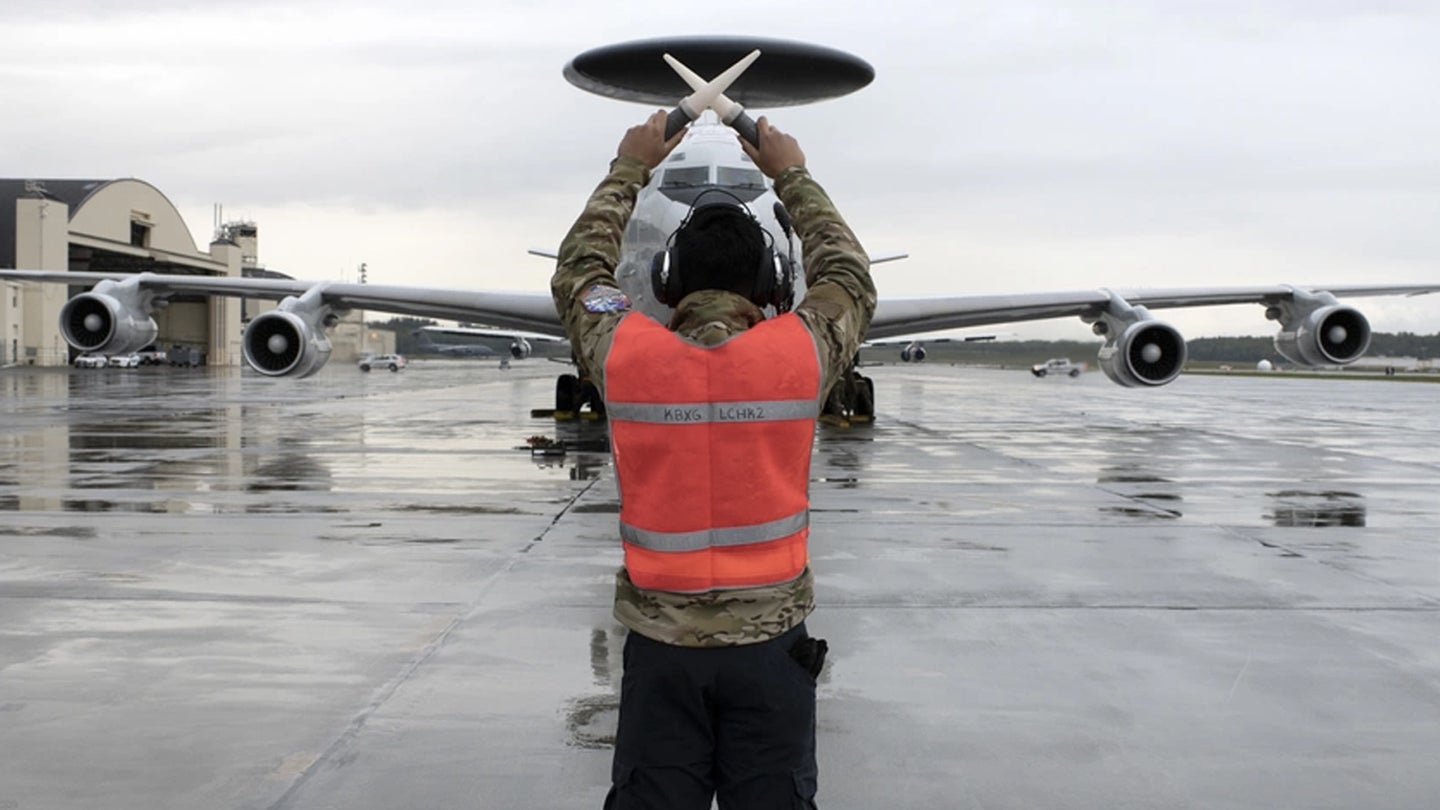 Years ago, a wise woman asked “does it spark joy?” while helping Americans clean their homes of unnecessary clothes and keepsakes. Now, the Air Force is asking itself the same question of many of its longest-serving aircraft. And when it comes to the E-3 Sentry, the service’s 47-year-old radar, surveillance, and air traffic control aircraft, the answer is no, this definitely does not spark joy.

In its fiscal year 2023 budget request released on Monday, the Air Force asks to reduce its already-small E-3 fleet from 31 aircraft to 16, a 48% drop. The request comes after senior service officials voiced their concern for months about the E-3, which is based on the Boeing 707 airliner that was first flown in the late 1950s.

“There’s a reason why zero, exactly zero, airlines on the planet operate the 707,” Gen. Mark Kelly, the head of Air Combat Command, said in September at the Air Force Association’s Air, Space and Cyber Conference.

It’s because of the engines, Kelly explained. Specifically the “challenges of sustaining a 707 with TF33 engines.”

The engines are about as old as the 707 itself. The civilian airliner was once “synonymous with the new jet age” and ushered in “the era of mass air travel,” according to the BBC. But that time has gone, and now it takes a small miracle just to keep them aloft, Kelly said.

“It just really takes miracle workers from airmen first class in the flight line to back shops in depot at Tinker [Air Force Base] to keep these airplanes in the air,” the general said.

That is a problem because the E-3 Sentry plays a vital role in the military’s air operations. The aircraft is an airborne warning and control system (AWACS) which uses the 30-foot-wide radar dome mounted to the top of its fuselage to track friendly and enemy aircraft and ships, and serve as an information hub for commanders operating on the ground. If you’re an infantryman in need of an airstrike there’s a good chance an AWACS will take your call and send close air support your way.

If the E-3 is too old to serve, what might take its place? Senior Air Force officials have their heart set on the E-7A Wedgetail, an airborne early warning and control system based on the Boeing 737 that the Royal Australian Air Force has flown for about 10 years. A better AWACS will make both fifth-generation fighters like the F-35 and fourth-generation fighters like the F-15 and F-16 stronger, Kelly said.

“The air domain awareness we get out of a capability like the E-7 frankly makes our fifth-generation [fighters] more lethal and keeps our fourth generation more relevant longer,” the general said in September.

The Air Force has also requested $227 million to start retiring and replacing the E-3, though the service has yet to decide what its replacement will be yet, according to Defense One.

“We’ve got to take a look at requirements and do some market research,” said Air Force Secretary Frank Kendall last week, Defense One reported. “The leading candidate, quite obviously, is the E-7, but we want to do our due diligence.”

The U.S. military already flies versions of the 737 as transport aircraft by the Air Force and as a logistics aircraft in the Navy. Boeing still makes the aircraft, so the spare parts supply is also much more robust than it is for the 707. Having reliable AWACS helps with more than just air warfare though. Even now, NATO is flying E-3 aircraft to monitor Russia’s invasion of Ukraine, providing intelligence to decision-makers, as the E-3 has also done in the past to help defeat ISIS in the Middle East.

Whatever the E-3’s replacement turns out to be, it can’t come soon enough for Kelly.

“I want them in the inventory … two years ago,” the general said about the E-7 in October, according to Air Force Magazine.