“They own the long clock,” a senior Ukrainian officer recently admitted. “We are calculating time not in weeks or days – but in lives.” 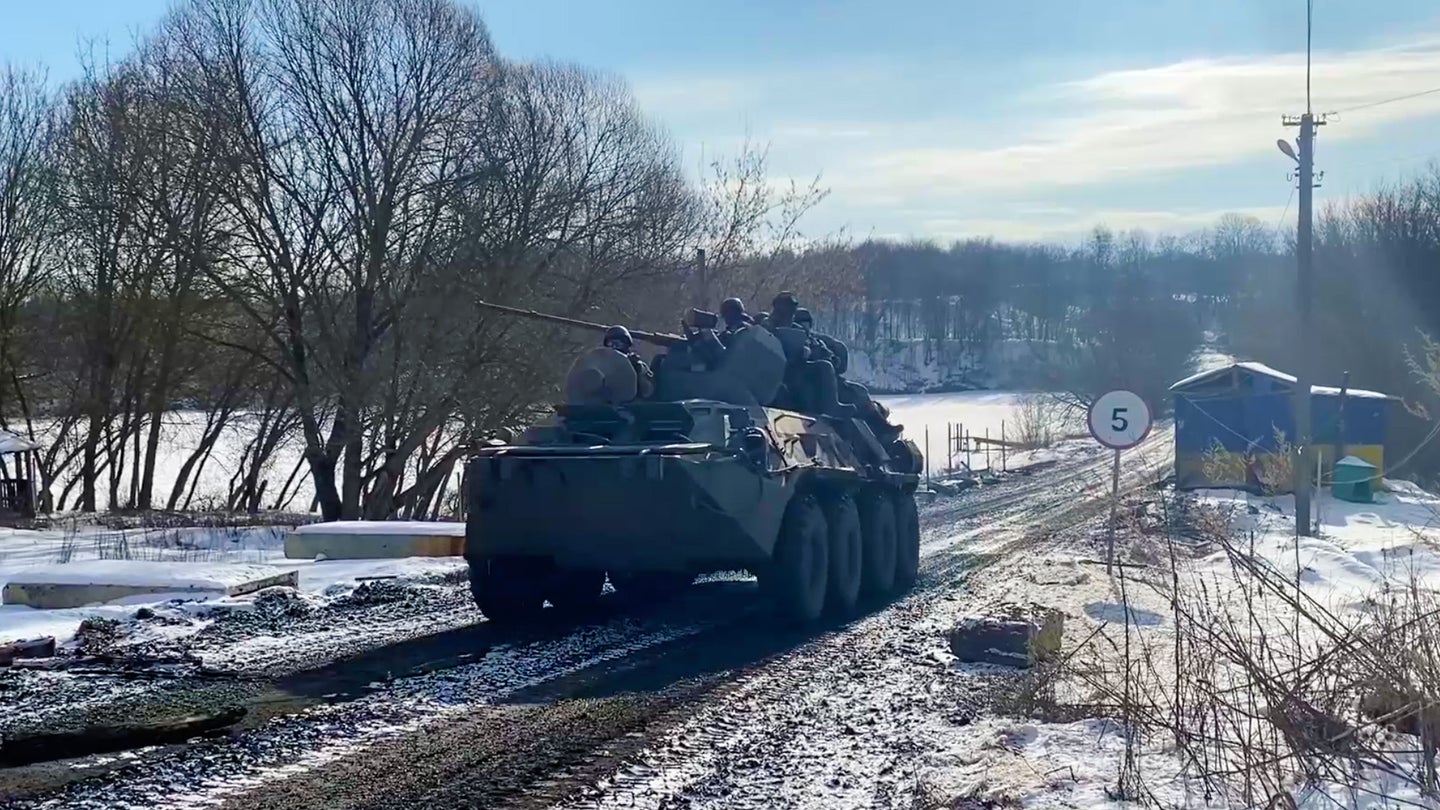 KYIV, Ukraine — The commander and staff of a Russian battalion take over a home near the Ukrainian town of Irpin north of Kyiv. They demand food from the elderly woman living there, and she reluctantly complies. She’s alone; her husband is dead, and her son is away in the army. While preparing the food she adds a liberal dose of laxatives to the commander’s meal. These soon take effect, and as his subordinates settle down for the night, the commander rushes to the wooden outhouse – a common fixture of rural Ukrainian homes even in the 21st century. The woman waits until he is mid-void before dousing the sides of the outhouse with gasoline and setting it alight. By the time his horrified companions break down the door, the commander is charbroiled, and the woman is gone.

The story has been told to me so often that I can fill in the gaps the narrator might miss. It invariably ends in fits of laughter among Ukrainians – even the nice woman who told me the story first during the train ride from Warsaw to Lviv giggled irrepressibly at the punchline. She was an artist and poet before the war. Now she was returning to Kyiv, where, she told me without bravado, she intends to resume her volunteer work at a kitchen, set up to feed soldiers defending the capital, and then, if necessary, to take as many Russians with her as she can.

“What about your children?” I ask her. She had told me they were in Hungary with her ex-husband. “I am doing this for my children,” she replied.

This is the second dispatch from Andrew Milburn, who is on assignment for Task & Purpose in Ukraine. Read his first here.

The theme of Ukrainian resilience and determination is a real one of course. For every urban myth — the Ghost of Kyiv, the martyrs of Snake Island — there are dozens of real stories that underscore its ubiquity and power. I see it now as members of the Territorial Defense Force – an organization that until a month ago was about one-fifth of its current size — prepare to defend Kyiv with a confidence that is at the same time both inspiring and, given their inexperience, a little troubling. In this conflict, myth and reality are fused to such an extent that there is now a real danger that the Ukrainians will find themselves on the wrong side of that fine line between confidence and complacency, just as the Russians begin to reflect and adapt. And Russian military commanders will adapt because they have no other viable option. Perhaps nothing but complete Ukrainian humiliation will satisfy their president. While Putin talks of the West with a tone of casual contempt, he rages about Ukraine with a vehemence that is clearly visceral. He did so even before the war, and now, after tens of thousands of apparent Russian casualties, he is unlikely to compromise. Any ceasefire will be a chance for the Russians to consolidate and prepare for the next step.

The Russians are already adapting, and by doing so are narrowing the Ukrainians’ tactical edge. The one-sided culling of Russian armored columns that characterized the opening days of the war, and kept YouTube subscribers around the world happy, are a thing of the past. The Russians now lead their formations with electronic attack, drones, lasers and good-old-fashioned reconnaissance by fire. They are using cruise missiles and saboteur teams to target logistics routes, manufacturing plants, and training bases in western Ukraine. Realizing that the Ukrainians lack thermal sights for their stinger missile launchers, the Russians have switched all air operations to after dark. It may be for this same reason that Russian cruise missile strikes in western and southern Ukraine have also been at nighttime.

The Russians have learned to play to their strengths. While Ukrainian soldiers mock their Russian counterparts, they are deeply respectful of Russian artillery, an asset that the Russians are using more frequently to compensate for their infantry’s deficiencies. Several snipers I spoke with recently agreed that the Russians’ indirect fire capability was the most concerning — a result of sheer reckless mass rather than technical skill. They told some hair-raising stories to illustrate their point, and one amusing one: Ukrainian soldiers defending Kyiv commute to the battle in their own vehicles. After a recent three-day insertion, the sniper teams returned to their extraction site to find their cars all flattened by Russian artillery – a contingency apparently not covered by their insurance plans.

Overconfidence may obscure for the Ukrainians one salient fact about this conflict: Time is not on their side. They have fought a skillful and determined defense, but have also had the advantage of home turf, interior lines and the inherent superiority enjoyed by a defender with well-prepared positions, cutting-edge weapons and clear fields of fire. The question now is whether they can pivot to the offense, with its requirement for more comprehensive planning, faster than the Russians can adapt. If not, a prolonged conflict seems likely, and in a war of attrition, the Russians — with a military four times that of Ukraine — will inevitably have the upper hand.

“They own the long clock,” a senior Ukrainian officer recently admitted. “We are calculating time not in weeks or days – but in lives.”