Top VA executive steered $5 million contract to friend for services the agency ‘could not use,’ IG says

Shelby resigned from the VA in July 2018. 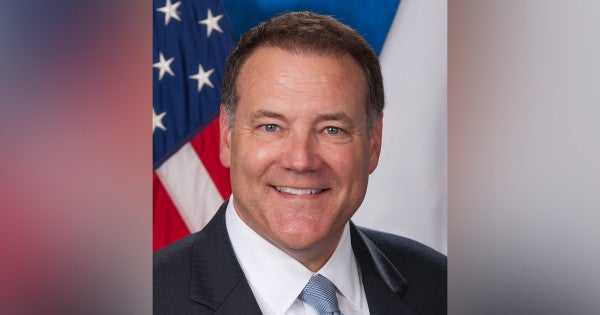 A former top executive at the Department of Veterans Affairs improperly steered a $5 million contract to a personal friend's business to provide leadership and development training services that were largely wasted, according to a report released on Wednesday from the VA Inspector General.

Peter Shelby, an assistant secretary for VA's Office of Human Resources & Administration from 2017 to 2018, “abused his position” and violated ethics rules so a friend could get a contract worth $4,999,500, the report said.

Shelby declined to comment on the report to Task & Purpose. Still, Shelby said he left the VA before the execution of the contract, which he claimed had been approved and funded by former VA Secretary David Shulkin. Shelby stopped responding after being told he was integral to the process of awarding the contract and had apparently made false claims to investigators.

In Oct. 2017, Shelby directed his senior staff to award a contract to the friend's unnamed business without receiving competing bids, despite VA policy and federal regulations requiring it, according to the report.

Shelby pushed the contract for months over the objections of his staff and VA contracting authorities, the report said. Officials eventually agreed to go forward after they sought and received justification from an agency attorney.

But the attorney's “concurrence did not cure the underlying flaws in the contracting process, which included Mr. Shelby’s unethical conduct,” wrote Mitchell, who also faulted VA acquisition officials and HR&A staff for not conducting adequate market research and planning.

Indeed, the inspector general found “no evidence” that VA officials had asked Shelby whether he had a relationship with the contract beneficiary, despite a warning that Shelby's advocacy for a sole-source contract to a named supplier was “grounds to be suspicious of potential improprieties,” Mitchell wrote.

Investigators determined that Shelby misused his official position to benefit two friends: the small business owner awarded the contract, and a vice president of its primary subcontractor, Blanchard Training and Development, Inc. Shelby has been close friends with the Blanchard VP for many years.

Related: The VA is already reviewing plans for reopening facilities to the public amid the COVID-19 pandemic

After meeting face-to-face with Shelby the following month, the business owner sent an email to then-VA Secretary David Shulkin endorsing Shelby for assistant secretary. Shelby later credited the friend as having “helped open the door with VA” and thanked him for the endorsement, which he believed was “instrumental” in his appointment, the report said. They both celebrated Shelby's appointment, along with the Blanchard VP, at a dinner celebration on June 1, 2017.

The $5 million in taxpayer dough was largely wasted, according to the report. The VA used only a fraction of the $3.8 million it spent on training services, while $1.2 million spent on “talent assessment services” used software that was not federally-certified, “and therefore could not be used,” Mitchell wrote.

Since Shelby resigned from the VA in July 2018, the inspector general's office made no recommendation with respect to his misconduct. It did, however, make eight recommendations to improve VA contracting practices and urged the agency to determine whether any of the wasted funds could be recovered.

The VA will review the contract, the agency wrote in response, “to determine what actions should be taken, if any, to recover funds or otherwise address the waste of VA funds. We anticipate completion of this action by July 21, 2020.”