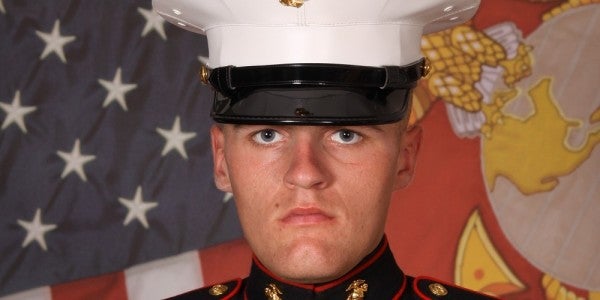 An 18-year-old machine gunner based at Camp Lejeune, North Carolina, is the third Marine to die during physical training in just two months.

Pfc. Ethan M. Moores died on May 27 after collapsing following a physical training event, Marine Corps officials said. He was serving with 1 Battalion, 8 Marines at the time of his death.

The incident was first uncovered by Military.com reporter Gina Harkins, who found Moores’ death referenced in the Naval Safety Center statistics which also listed two other Marines who had died during PT.

Sgt. Jason Dospoy, of Oceanside, California, collapsed during a run on May 8 and died three days later.

Linfante was unable to say on Wednesday what type of physical training Moores was conducting at the time of his death or whether the division has made any changes to how Marines PT as a result.

“I wish I could help you more with your other questions but the incident is still under investigation and it would be inappropriate for me to comment any further on the situation or any potential findings from an ongoing investigation,” Linfante told Task & Purpose.

“Pfc. Moores was a part of the 1/8 family and all of the Marines and Sailors deeply feel the loss of a fellow warrior,” his battalion commander Lt. Col. Christopher Richardella said in a statement. “He was a valued member of our team and will never be forgotten. Our thoughts and prayers are with Pfc. Moores’ family, friends, and loved ones. We extend our full support to them during this trying time.”