The man’s name is being withheld at the request of his next of kin. 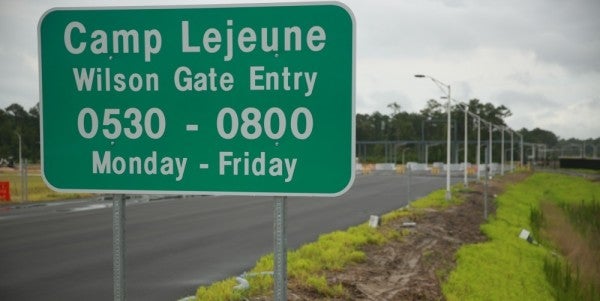 The man who was killed in a shooting/stabbing incident at Camp Lejeune, North Carolina, on Saturday was married to an active-duty Marine living on base, Corps officials have announced.

The man’s name is being withheld at the request of his next of kin, a Camp Lejeune news release says.

Another man who was stabbed was described as an active-duty Marine at Camp Lejeune, according to the release, which said he was currently in stable condition at Naval Medical Center Camp Lejeune.

The Naval Criminal Investigative Service is looking into the incident.

On June 13, patrol officers from the base’s provost marshal’s office arrived at an on base residence around 4 a.m. in response to a 911 call.

One man was found dead of an apparent gunshot wound while the other man at the scene had been seriously injured by multiple stab wounds.