South Dakota Attorney General, an Army reservist, allegedly hit and killed a man with his car and said it was a deer

"At this time I offer my deepest sympathy and condolences to the family." 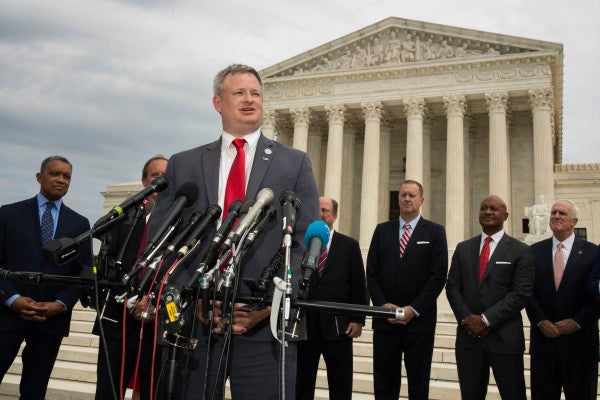 Jason Ravnsborg, the attorney general of South Dakota, reported hitting a deer with his car on Saturday night but actually hit and killed a pedestrian, according to news reports.

South Dakota Gov. Kristi Noem said on Sunday that Ravnsborg — a lieutenant colonel in the Army Reserve — was “involved in a crash” on the highway, and that there “was a fatality,” the New York Times reports.

According to the Associated Press, Ravnsborg reported that “he had hit a deer” to the Hyde County Sheriff's Office. The body of the man who was actually struck by his vehicle wasn't found until the next day.

A spokesman for the attorney general told the New York Times that Ravnsborg was returning from a South Dakota Republican Party dinner event, and that he called 911 “at approximately 10:24 p.m. and informed authorities that he had struck something.”

The incident is under investigation by the South Dakota Highway Patrol, and the head of the state's Department of Public Safety, Craig Price, will oversee the investigation, the The New York Times reports.

Ravnsborg said he was “shocked and filled with sorrow,” according to the Times, and that he is “fully cooperating with the investigation.”

“At this time I offer my deepest sympathy and condolences to the family,” he said.

Ravnsborg is a combat veteran and currently a lieutenant colonel in the Army Reserve, according to his official biography, where he serves “as an operations officer at both Fort McCoy, Wisconsin and Bismarck, North Dakota.”