Ravnsborg was allegedly "browsing political websites" on his phone before he hit Joseph Boever with his vehicle. 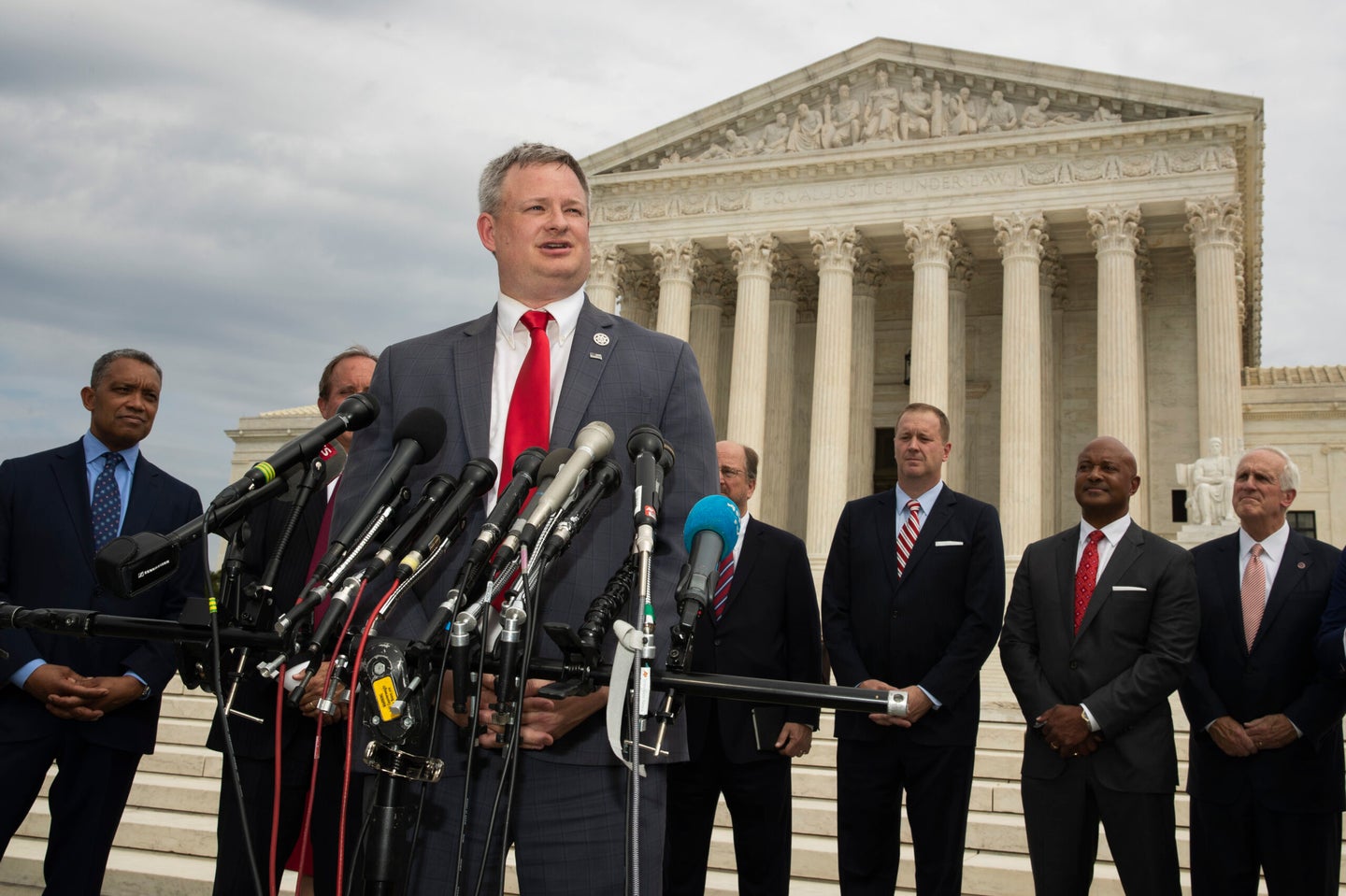 Lt. Col. Jason Ravnsborg, the South Dakota attorney general who is facing misdemeanor charges after allegedly hitting and killing a man with his car last year, is in line for a promotion.

Ravnsborg, who serves in the Army Reserve, announced he was on the promotion list to colonel on Facebook on Thursday.

“It is quite an honor and I have been proud to serve our great nation for over 24 years!” Ravnsborg posted. “Through 3 deployments, Battalion Command and 4 company commands serving with so many other great Americans!”

The Army Reserve has not yet responded to a request for comment about Ravnsborg appearing on a promotion list as he faces ongoing legal proceedings.

In September last year, Ravnsborg was on his way home from a South Dakota Republican Party dinner event when he allegedly struck a man, 55-year-old Joseph Boever, with his vehicle on the side of the road. He reported to the Hyde County Sheriff’s Office that he’d hit a deer.

According to the Associated Press, Boever’s relatives said he was walking back to his truck, which he’d crashed in the area earlier, when he was hit. Ravnsborg reportedly “didn’t realize he had hit a man until he returned to the scene the next morning,” when he found Boever’s body.

Videos of Ravnsborg’s interview with law enforcement reportedly provide more details about the incident which seem to contradict Ravnsborg’s account of what happened. Those videos, which were released by the South Dakota Department of Public Safety, have since been ordered to be removed from the department’s website by a judge.

While Ravnsborg maintained that he never saw Boever during or after the accident, investigators told Ravnsborg that Boever was carrying a flashlight which was still on the next day when his body was found, Dakota News Now reported. They also say in the videos that Boever’s body was found further down the road from where he was struck by the car, meaning his body “would have been pinned against the vehicle until Ravnsborg slowed down enough for it to roll off.”

One investigator said in the video that Boever’s eyeglasses were found inside of Ravnsborg’s car after the crash, adding that the “only way for them to get there was through the windshield.”

Ravnsborg’s phone records apparently showed that he was “browsing political websites shortly before the time of the crash,” investigators said in one video, though Ravnsborg insisted that he did not “remember being on my phone” and that he’d “set it down, and shut the radio off, and looked at the speedometer.”

In February Ravnsborg was charged with three misdemeanors for operating a motor vehicle while using a mobile device, driving outside a lane, and careless driving, NBC News reported.

Emily Sovell, the deputy Hyde County state’s attorney, said that there wasn’t proof Ravnsborg was impaired and there wasn’t enough evidence to charge him with more severe offenses like vehicular homicide or manslaughter, according to NBC.

He pleaded not guilty to the charges.

Beover’s cousin, Nick Nemec, told The Daily Beast that he was “astonished” to learn of Ravnsborg’s announced promotion, which he called a “slap in the face.”

“It brings discredit on the Army,” Nemec said. “It looks like they will promote any yahoo to colonel.”