"The whole picture really isn't being shown with regards to how this transcends the whole veteran population who are being impacted by these delays." 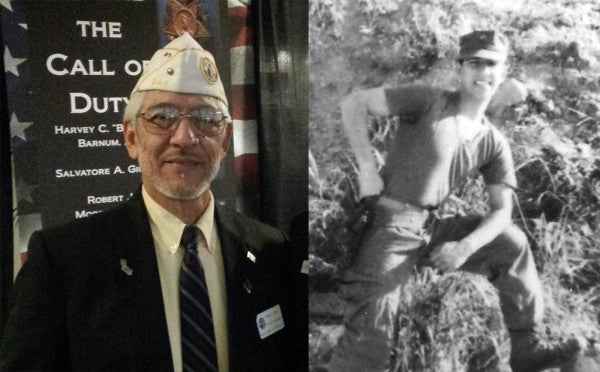 In late July, Richard Valdez placed an order through the Department of Veterans Affairs to have his medications refilled and shipped to his home in San Bernardino, California — a precaution during the coronavirus pandemic for veterans like Valdez, who at 73 is at high risk.

The refill request for his four medications — for headaches, post-traumatic stress, and physical pain stemming from injuries incurred during his time in Vietnam as a Marine — was sent on July 25.

The first arrived at the end of the month. The other three still haven't come.

When asked if he'd received any notifications from the VA over the delays, Valdez remarked: “If I did, I haven't gotten it yet.”

Valdez is just one voice in a growing chorus of veterans who have raised concerns that their medications, which in many cases are critical to their health, have been delayed by the U.S. Postal Service. The issue that was first brought to light by Abbie Bennet of Connecting Vets earlier this month and has since garnered both national and congressional attention.

While public anxiety over the declining efficiency of the postal service has in recent weeks focused on how USPS would be able to handle absentee ballots during the upcoming November election — an issue that has become a politically charged battle over mail-in voting — those concerns are far more immediate for veterans and countless others across the country who get their medicine through the mail.

Despite complaints from veterans like Valdez, the VA has remained adamant that prescriptions are reaching veteran patients within three days on average — in some cases through the use of commercial carriers like the United Parcel Service.

But Stephen Whitehead, the national commander of Disabled American Veterans, announced that same day that the VA had confirmed to the veterans' service organization that USPS has “been delayed in delivering these critical medications by an average of almost 25% over the past year, with many locations experiencing much more significant delays.”

When asked about the allegation that USPS was responsible for delaying veterans' prescriptions by as much as 25% this year, the agency referred Task & Purpose to an Aug. 7 speech by DeJoy.

“As we implement our operating plans, we will aggressively monitor and quickly address service issues,” DeJoy said. “You can rest assured that we will continually review our operational practices and make adjustments as required to ensure that we operate in an efficient and effective manner.”

To get a sense of the scope of the issue, consider that there are roughly 18 million veterans in the United States, more than 12 million of whom are over the age of 65, according to the most recent Census Bureau data. Of the total veteran populace, more than 5 million have a service-connected disability.

Despite the focus on medication delays, the recent issues with the USPS also directly affect those who are waiting on VA documentation for disability compensation, education benefits, and VA home loan forms — or in Valdez’s case, critical medical information.

On Aug. 5, Valdez had an MRI for his recurring headaches. The following day, his doctor informed him that he needed a CT scan, leading him to schedule an appointment for Aug. 21. However, he received a letter from the VA the next instructing him that he needed to get bloodwork done 15 days before his scan; by that time, his radiologist appointment was just seven days out

Fortunately, Valdez lives close enough to his local VA Medical Center in Lomo Linda, California, and was able to get in and do the lab work despite its lateness. But the mail delays amount to far more than just “vets and meds,” Valdez said, adding that it includes delays in critical paperwork, and may impact veterans' families — like, say, spouses or children of veterans who rely on the Civilian Health and Medical Program of the Department of Veterans Affairs (CHAMPVA).

“The reason I bring that up is that when you see what's going on, and the commentary, bringing up 'vets and meds,' 'vets and meds' — it's not just vets and meds,” Valdez told Task & Purpose. “There's time-sensitive information that also comes from the VA through the post.”

Veterans who spoke with Task & Purpose raised similar concerns. Justin Davidson, a former Army infantryman in New Jersey, said that he's noticed a significant change in the timeliness of prescription refills from the start of the year until now.

In the past, Davidson would refill his acid reflux medication online through the VA's health portal, My HealthEVet, and receive a notification within a day that his order had shipped. Now, he says it takes more than a week.

“It's nothing that is life-altering for me, in the sense I'm not going to die if I don't get my medication, but at the same time I've come to rely on the VA for my medication,” Davidson, who served from 2012 to 2015, told Task & Purpose.

“I feel a little silly in the sense that I'm reading these stories about rural veterans who are missing out on life-saving medication like insulin, and things of that nature,” he added. “But if I'm a veteran in Central Jersey, a non-rural area, who's good with computers, good with technology, and can navigate My HealthEvet and knows how to troubleshoot this — I can only imagine what it's like for the rural veteran, the elderly veteran, the veteran who really needs their medication to survive.”

For veterans like Tenley Lozano in San Diego, who requires medication for chronic migraines and chronic pain, the consequence of having her prescriptions delayed can be severe.

“There's a warning label on one of my meds that if I stop taking it abruptly there's a risk of seizures,” Lozano, who served in the Coast Guard from 2008 to 2014 as a dive officer and assistant damage control officer, told Task & Purpose.

Over the last two months, Lozano says her prescription refills have been delayed, and though she usually requests her pills a week before she runs out, “I wasn't getting them on time and I was running out of my meds at the end of every month, and I had to request from my doctor to get my prescription extended to 90 days.”

Lozano said the situation had deteriorated to the point where, at the end of every month, she'd get migraines “because I was running out of my medication.”

Matthew Ellis, a former Marine infantryman in Washington, said that his pain, migraine, and sleep medications were supposed to arrive on Aug. 14, but he’s still waiting — a major inconvenience considering he plans on moving out of the area within the week.

And a veteran in Los Angeles, who asked that his name not be used as he didn’t wish to openly discuss his health, said that his inhaler — which he uses to treat a chronic cough stemming from smoke inhalation during the 2017 wildfires in California — has been delayed for two months. His anti-anxiety medication and prescriptions for post-traumatic stress and depression have been slow to arrive as well.

Now, lawmakers are taking action. In two separate letters to Louis DeJoy, the postmaster general, lawmakers questioned whether the new procedural changes at USPS are responsible for the late deliveries.

“Recent operational changes you ordered at USPS are needlessly delaying veterans’ access to life-saving prescriptions when the health and lives of Americans are already at high risk due to the COVID-19 pandemic,” a group of 31 senators asked in a letter sent on Thursday.

Four members of the House wrote to DeJoy and Veterans Affairs Secretary Robert Wilkie in a separate letter on Friday, saying: “With local VA healthcare systems around the country experiencing medication shortages and switching to 30-day refills, which could cause additional delays and disruptions given the reliance on USPS, these delays are a real threat to our veterans, and your agencies must do everything possible to rectify the situation.”

DeJoy is slated to testify before Congress on Aug. 24 — and hopefully provide some answers for veterans like Valdez regarding why such a critical system for veterans across the country has fallen by the wayside.

Related: After the VA missed a spine-eating infection, a loophole kept him from suing. A new bill would change that for other vets