Talk about a lucky call. 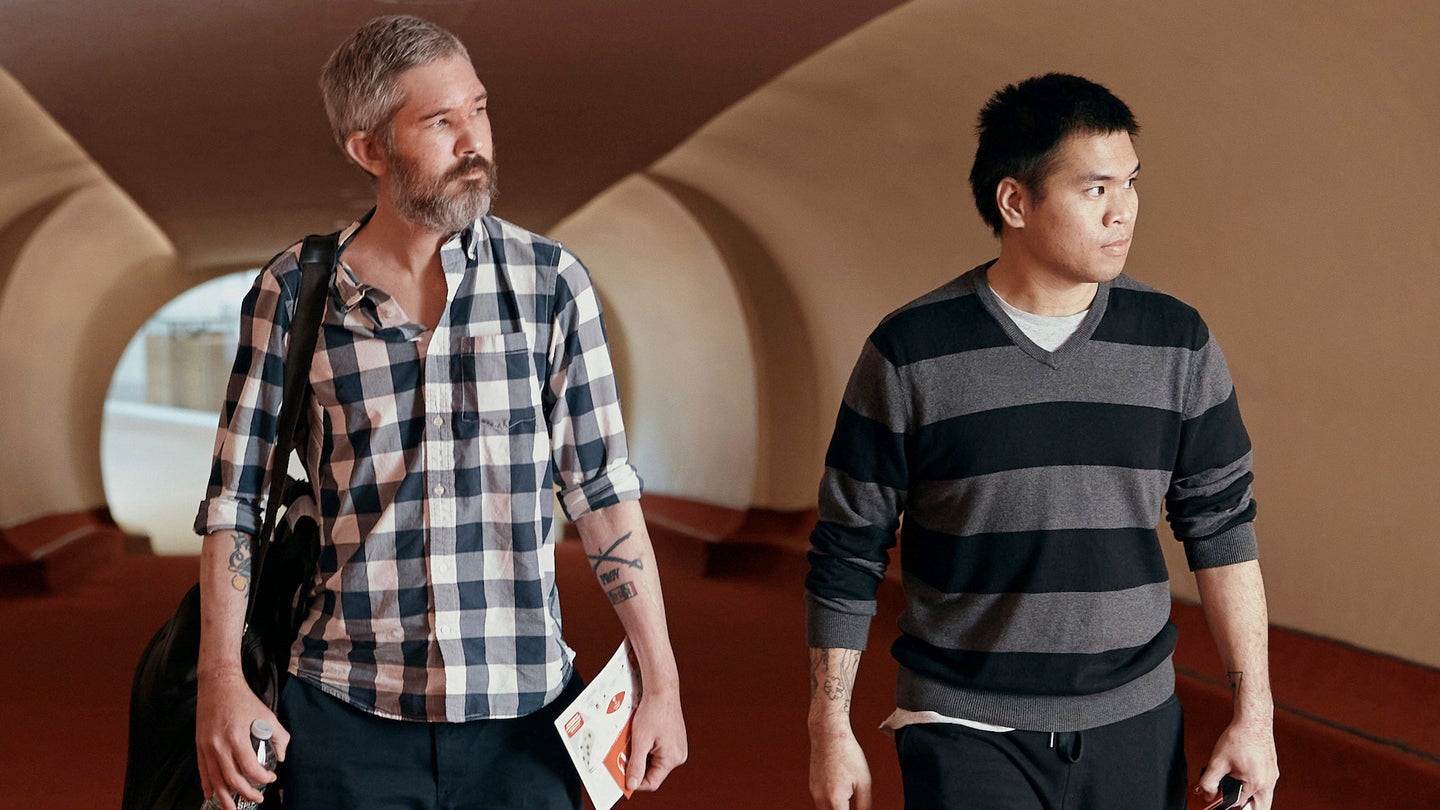 Americans Andy Huynh, right, and Alex Drueke arrive at the TWA Hotel on Friday, Sept. 23, 2022 in New York. The two U.S. military veterans, who disappeared three months ago while fighting Russia with Ukrainian forces, were released this week by Russian-backed separatists as part of a prisoner exchange mediated by Saudi Arabia. (Andres Kudacki/Associated Press).
SHARE

The Department of Veterans Affairs’ crisis hotline for U.S. military veterans provides an essential service, but it’s not without its shortcomings. Since its inception 15 years ago, the Veterans Crisis Line (VCL) has been marred by long wait times and challenges in service quality — sometimes with fatal results. The service was meant to be a lifeline, but to some veterans (and lawmakers), it is anything but.

Despite these issues, the VCL saved two American veterans’ lives this summer, but not in the way you might think: a hail mary call to the hotline by two U.S. military veterans captured by Russian forces while fighting in Ukraine appears to have ended with their liberation after months of interrogation and abuse.

In June, 40-year-old Army veteran Alex Drueke and 27-year-old Marine veteran Andy Tai Huynh were ambushed by Russian soldiers while operating with a foreign legion unit tasked with monitoring Russian forces north of the Ukrainian city of Kharkiv, according to interviews with the two vets in the Washington Post.

Drueke and Huynh say they were captured and taken over the border into Russia, where they were blindfolded and subjected to “horrible” interrogation in a prisoner-of-war camp. According to the Post, the pair were forced to remain still on their hands and knees for hours at a time and beaten if they moved before being subjected to sleep deprivation at night. According to Drueke, the Russians suspected that the two Americans were CIA operatives rather than foreign volunteers.

The two were then moved to a black site detention center in Ukraine’s Donetsk region and placed in solitary confinement, subjected to music at top volume for days on end and beaten endlessly between ongoing interrogations. Then, one day, the captors made a mistake: while forcing the two to call “seemingly random organizations” in the U.S. for help, they goaded Drueke into calling the Veterans Crisis Line.

At one point, the captors told Drueke to call the Veterans Crisis Line, a service that provides mental health support to American military personnel after they leave the service. Drueke said he tried to dissuade them from doing it because it made no sense, but his captors insisted.

“They look at me and go, ‘You are a veteran. This is a crisis!’ ” Drueke recalled, imitating their accent.

Many of the phone calls went nowhere, getting lost in a maze of telephone switchboards, voice-mail boxes and Americans who appeared to question whether the pleas for help were legitimate. But a representative on the crisis hotline offered Drueke numbers for the State Department and another federal agency, possibly the Federal Protective Service, a law enforcement outfit affiliated with the Department of Homeland Security. Someone picked up on the second number, Drueke said, and they took his information and promised to help. It was a glimmer of hope.

Based on the Washington Post’s past reporting, it appears that the initial call to the crisis line touched off the series of events that helped lead to the Americans’ potential release. In July, the newspaper reported that Drueke was allowed several times to call both the State Department and his mother, although the American POW was clearly “closely monitored” by his Russian captors during the calls. Drueke’s aunt said at the time that U.S. officials were working to put both Drueke and Huynh on a list of prisoners for “potential action,” per the Post.

After months in captivity, the pair of Americans were released in September along with eight other foreign nationals and 215 Ukrainians who had been captured by Russian forces as part of a Saudi Arabia-brokered prisoner swap that also saw the releases of a pro-Kremlin Ukrainian opposition politician, the Washington Post reported at the time. And while the mechanics of the prisoner swap remain unknown to the public, a State Department official affirmed to the newspaper that it “takes seriously” its diplomatic commitment to rescue Americans in trouble overseas.

While the VA did not immediately respond to requests for comment from Task & Purpose, the role of the Veterans Crisis Line in the release of Drueke and Huynh appears to be a major bright spot after years of apparent issues regarding the hotline.

In 2016, a U.S. Government Accountability Office found that, while the VA’s goal is to answer 90% of Veteran Crisis Line calls within 30 seconds, only 65 to 75% were handled within the appropriate time period during the previous fiscal year, while tests of the VCL’s text messaging service found that 30% of messages received no response whatsoever from VCL personnel. Sure, 30 seconds here or there may not sound like a lot of time, but for an individual in the midst of a crisis, it might as well be an eternity.

While the VA has addressed wait time issues with the crisis line in recent years drastically decreasing the number of calls routed to backup call centers and standing up additional call centers, the system is still far from perfect. In 2020, a VA inspector general report found that crisis line staff did not initiate emergency care for a caller during an alcohol and medication-related overdose due to a lack of policies regarding safety planning for intoxicated callers. The next year, another VA IG report indicated that crisis line staff failed to assess homicidal risk factors among one caller and failed to end emergency services to respond to another.

The VA may not be perfect, but in this case, the dedicated operators at the crisis line did exactly the right thing and helped save a pair of veterans in trouble — which is exactly what their job requires. And with Drueke and Huynh now home safe, one can chalk their return up as a victory, if only partial, for the modern VA.