“This rarely happens, especially on an aircraft nearly a half-century old.” 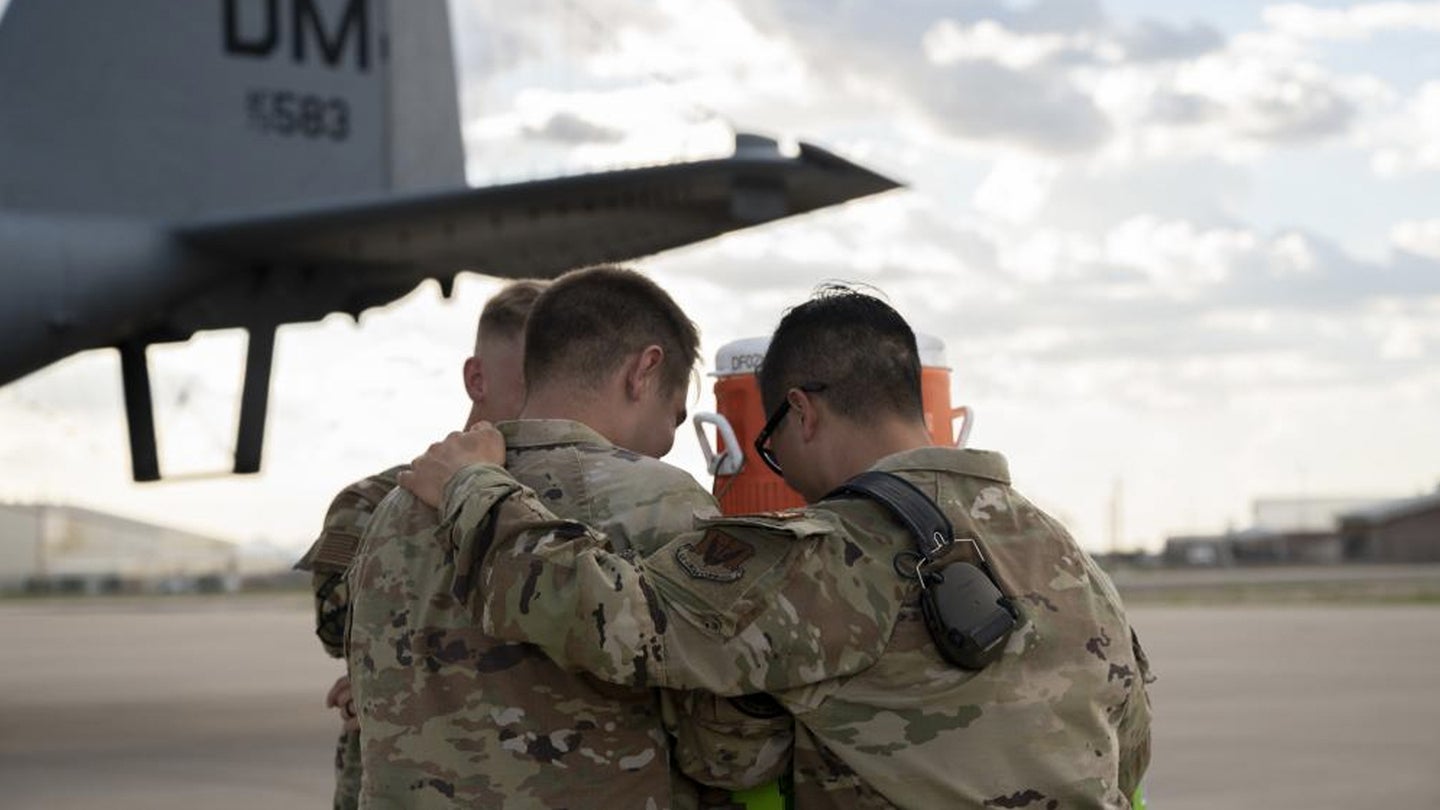 Johnnie Walker has its Black Label whiskey; American Express has its Black Card; and Metallica and Jay-Z each have their own Black Albums. But when it comes to maintaining aircraft in the U.S. Air Force, few things are more rare or distinguished than a black letter status aircraft, meaning an aircraft that has zero maintenance issues.

Thanks to the hard work of its maintenance airmen, an Air Force EC-130H electronic warfare aircraft named “Caesar” just received black-letter status following an inspection at Davis-Monthan Air Force Base, Arizona. In a branch where even the youngest fighter jets rarely achieve such status, the black letter EC-130H is a remarkable accomplishment. Caesar is a seasoned 49 years old: the turboprop plane was first delivered to the Air Force in 1973, the same year the U.S. military withdrew from Vietnam.

“This rarely happens, especially on an aircraft nearly a half-century old,” Col. Melanie Olson, commander of the 55th Electronic Group, which flies Caesar, said in a recent press release. “I couldn’t be prouder of our maintainers who come to work every day with a can-do mindset. Their dedication and determination in keeping our aircraft in top shape are remarkable.”

The term “black letter” comes from the paperwork that maintenance inspectors fill out while reviewing an aircraft. If the inspector finds “discrepancies,” the term for a maintenance issue in need of fixing, then it gets flagged on the inspection form with red ink. But if there are no such discrepancies, then there is no red ink. Instead, the form is marked with only the first initial of the inspector’s last name and the signature of the production superintendent, both written in black ink.

It may be a surprise for readers to hear how often maintenance issues are detected on military aircraft. Unfortunately, it’s a fact of life with these complicated machines that not everything will necessarily work on a given day. Indeed, the Air Force’s youngest fighter jet, the F-35A, took a hit from 76.07% to 68.8% mission-capable rate from 2020 to 2021, according to Air & Space Forces Magazine. Keep in mind that “mission capable” means the aircraft is in good enough shape to fly at least one of its missions, while “full mission capable” means the aircraft can fly all of its missions. Meanwhile, the C-130H and its younger cousin, the C-130J, held mission-capable rates of 65.51% and 77.02% in 2019, according to Air & Space Forces Magazine.

Keeping an airplane ready to fly is difficult, especially if the airplane is so old that there are few spare parts left to repair it with, as is the case with the A-10 Warthog. Supply issues like that mean some repairs or inspections have to be deferred for years, explained a retired C-130J designated crew chief.

“Back-ordered parts, deferred modifications, and deferred time compliance tech orders are what kept me from ever black lettering a C-130J that was delivered in 2012,” said the crew chief, who preferred to stay anonymous.

The crew chief said a black letter aircraft is a “super rare” thing. Indeed, one chief master sergeant at Little Rock Air Force Base, Arkansas said in 2015 that he had seen only two black-letter aircraft in his 30-year career. Davis-Monthan Air Force Base credited one airman with being the main reason why the aging Caesar hit the mark. Staff Sgt. Jeffrey Faaborg, a hydraulics craftsman with the 755th Aircraft Maintenance Squadron, seems to have made it his personal mission to get Caesar as ready as ever.

“He’s worked really hard and has even come in on his off time and on the weekends to fix discrepancies,” Tech. Sgt. Korey Brown, noncommissioned officer in charge and dedicated crew chief manager at the squadron, said in the press release.

It takes a village to maintain an aircraft. Beyond hydraulics craftsmen like Faaborg, there are also airmen who specialize in repairing engines; electrical and environmental systems; fuel systems and more. But instead of sticking with hydraulics, Faaborg took it upon himself to learn from and help out the crew chiefs who conduct the entire maintenance orchestra for the aircraft they are assigned to, Brown explained.

“It’s nice to see people like Staff Sgt. Faaborg take pride in their work,” he said.

“Many crew chiefs work their whole career to try and achieve a black-letter initial aircraft,” he said. “Doing this as a maintainer who doesn’t even hold a crew chief [Air Force Specialty Code] speaks volumes about Staff Sgt. Jeffrey Faaborg’s work ethic, determination and leadership.”

Pham explained that achieving black letters also “takes persistent coordination with all seven specialties within our squadron and the support from our teammates at our host wing’s maintenance group.”

Faaborg, who was recently appointed as a dedicated crew chief in recognition for his work on Caesar, explained why black letter status is a rare thing.

“We accomplished something that no one here has ever really seen, and it was hard because every little thing on the plane can be a write-up,” he said in the press release. “Having no discrepancies is pretty tough, especially when working with aged aircraft.”

The black letter status is just the latest in a long line of accomplishments for the 55th Electronic Group, whose EC-130Hs have saved the lives of U.S. and friendly troops for decades. One of its units, the 41st Electronic Combat Squadron, was deployed to Afghanistan for 20 years, according to Air Force Times. The squadron tracked radio signals to help special operators find people invisible to drones or other aircraft; jammed or eavesdropped on enemy communications; and even disabled remote-controlled improvised explosive devices. In Iraq in 2003, a Compass Call exploded an IED in front of then-Maj. Gen. Jim Mattis, later Secretary of Defense, who said “Compass Call saved my life,” according to an Air Force briefing slide.

The Compass Call also flew over the chaotic withdrawal from Afghanistan in August 2021, where they “were directly involved in saving lives on the ground and in the C-17 [cargo jets],” Compass Call pilot Capt. Taylor Drolshagen told Air Force Times. “Many Americans are alive today who wouldn’t be if we weren’t there.”

The Compass Call mission has big changes coming down the pipe. The Air Force wants to replace the aging fleet of 14 EC-130Hs with the EC-37B, a modified business jet that can do its predecessor’s job way faster and over much larger areas, one Air Force officer told The War Zone.

Still, the EC-37B has big shoes to fill, especially after Caesar, which received a distinction that few other aircraft can claim thanks to the hard work of its airmen.

“From one retired [dedicated crew chief], all I gotta say is ‘way to step and own your bird!’” said the anonymous retired crew chief. “‘Good job on executing your job and leading a team of hardworking and dedicated maintainers!’”