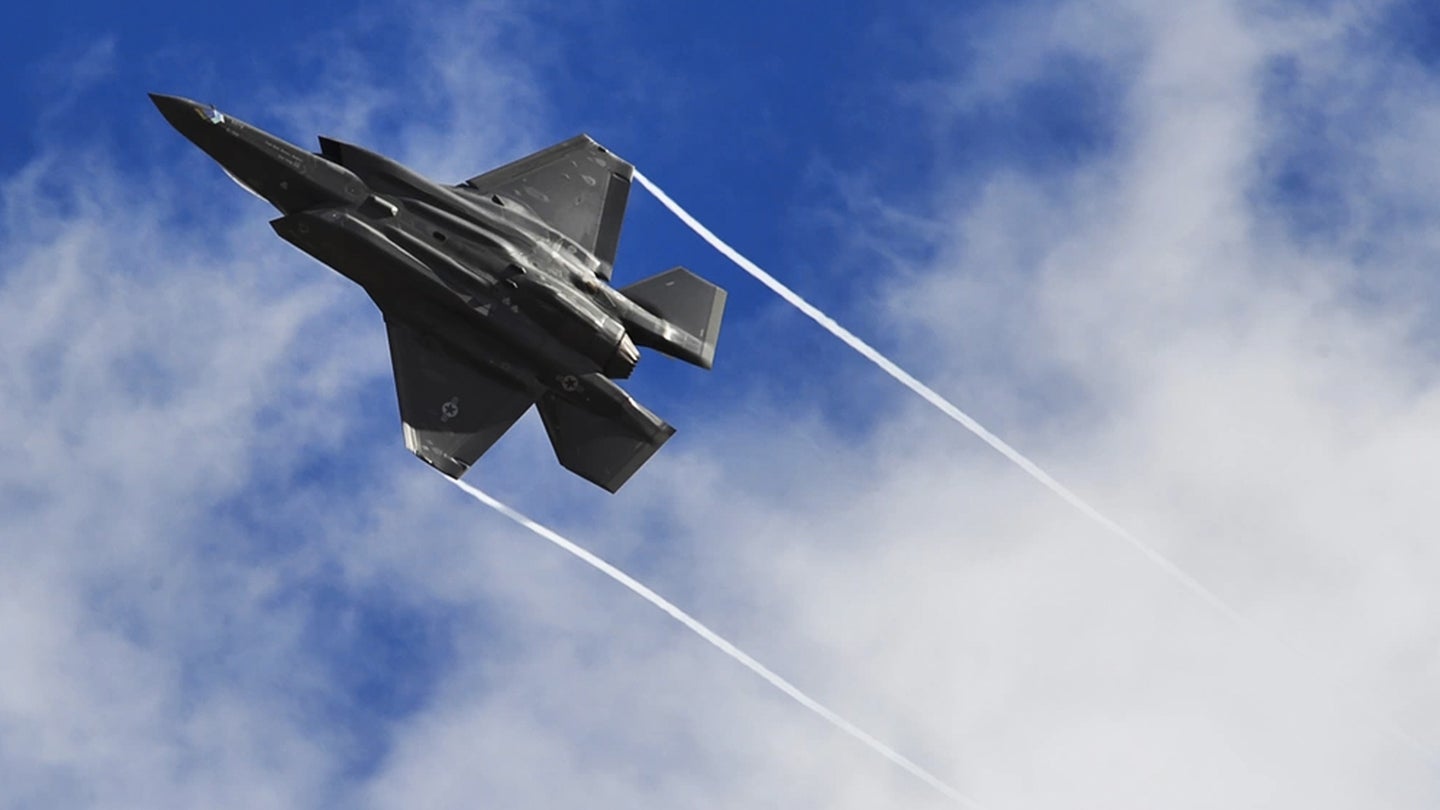 The crown jewel of the Air Force fighter fleet has been sidelined for an indeterminate amount of time as the service inspects most of its F-35 fighter jet ejection seats for faulty launch cartridges, service officials said on Friday. The news marks the latest difficult headline for the beleaguered fighter, which U.S. military officials have placed at the forefront of their airpower strategy despite a long list of maintenance issues.

Air Combat Command, the Air Force command which oversees the bulk of the service’s fighter fleet, made the decision to ground its F-35s on Friday after other units of the Air Force and Navy grounded many of their aircraft due to concerns over faulty parts which could prevent the pilot ejection seat from launching out of the cockpit in an emergency. Air Combat Command spokesperson Alexi Worley said that the command started a 90-day inspection period of all cartridges on its F-35 ejection seats on July 19.

“Out of an abundance of caution, ACC units will execute a stand-down on July 29 to expedite the inspection process,” Worley said. “Based on data gathered from those inspections, ACC will make a determination to resume operations.”

Worley later added that the stand-down “will continue through the weekend, and a determination to safely resume normal operations is expected to be made early next week, pending analysis of the inspection data.”

Many jet aircraft in the U.S. military are equipped with ejection seats made by the company Martin-Baker, which notified the Navy about potential defects earlier this month, according to Breaking Defense, which first reported the F-35 grounding story on Friday. The problem part is the cartridge actuated device, an explosive cartridge that helps launch the ejection seat out of an aircraft. Martin-Baker identified certain production lots of cartridge actuated devices as being defective and in need of replacement, the Air Force told Breaking Defense.

“While the aircraft are flyable, I don’t think too many pilots would be willing to fly knowing they may not be able [to] eject,” Michael Cisek, a senior associate at the aviation consulting firm AeroDynamic Advisory, told Breaking Defense.

The Navy said in a statement on Tuesday that the cartridge problem affected aircraft in its and the Marine Corps’ F/A-18B/C/D Hornets, F/A-18E/F Super Hornets, E/A-18G Growlers, T-45 Goshawk and F-5 Tiger II training aircraft fleets, but the service did not share exact numbers due to operational security concerns.

The Navy and Marine Corps groundings were followed up on Thursday by the Air Force announcing it had grounded nearly 300 trainer aircraft over similar concerns with ejection seats, Air Force Times reported.

“Our actions … were taken out of an abundance of caution in order to ensure the safety of our pilots and aircrew,” Maj. Gen. Craig Wills, head of the Nineteenth Air Force, told Air Force Times.

America’s allies may also be affected by the issue. On Wednesday, Breaking Defense reported that the Navy had informed foreign military sales customers about the issue and was working with them to resolve it. The Daily Express, a British media outlet, reported on Saturday that the Red Arrows, the Royal Air Force’s aerobatic team, was grounded due to ejection seat concerns as well as some of the service’s Typhoon fighter jets.

Back in the U.S. Air Force, Air Combat Command’s decision to ground its F-35s affects the bulk of the service’s F-35 fleet, with a few exceptions in Europe, the Pacific and Air Education and Training Command, Breaking Defense reported. Later on Friday, Breaking Defense reported that Air Education and Training Command announced that it had also paused F-35 operations. The news is the latest tough break for the F-35,  the military’s most expensive weapons platform and one haunted by mechanical trouble, faulty engines and software issues. Despite the turbulence, the fifth generation fighter, with its low-observable profile and advanced sensors, is expected to be the “cornerstone” of U.S. and European fighter fleets of the future, Gen. Charles ‘CQ’ Brown Jr., the Air Force Chief of Staff, said in March.

“The U.S. Air Force is fully committed to this platform and its unmatched capabilities,” he said in a press release. “It is a multi-service, multi-national program that provides international partners unprecedented access to military capability and dramatically increases cooperation opportunities.”

Update: This story has been updated to include additional comments from Air Combat Command about how long its F-35 stand-down may last.