Active duty Marines need to realize we're all one family. 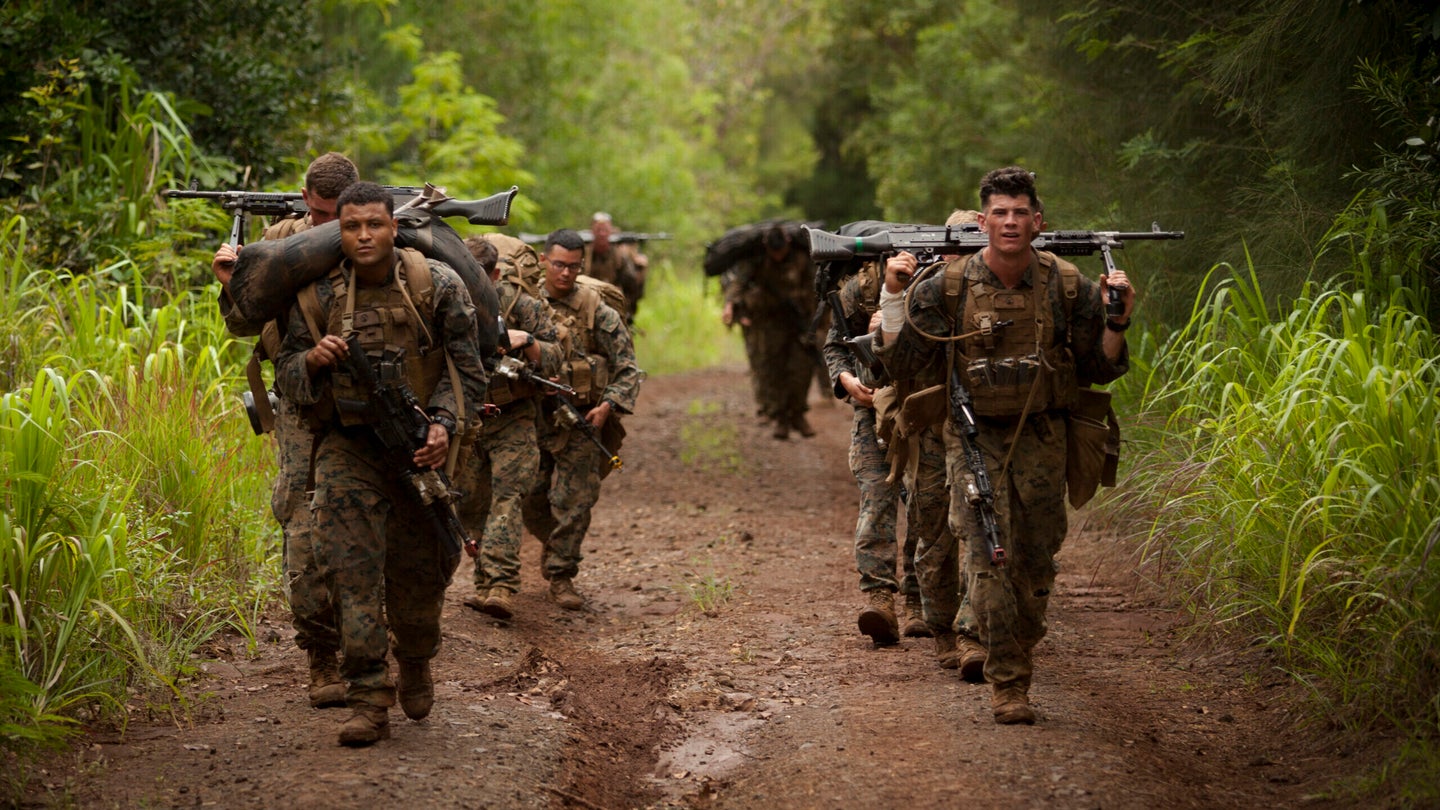 The Marine Corps has a blind spot when it comes to relationships between the active and reserve components. I saw this play out during introductory training and throughout my career. The animosity goes one way: from Marines on active duty who view their service as superior over service in the Marine Corps Reserve. This casual contempt leads to personal resentment and professional friction. The frontlines of this conflict take place within Select Marine Corps Reserve (SMCR) units where Inspector-Instructor (I-I) and SMCR Marines interact directly. I have seen the best and worst of these interactions; it may not always be the case in all units, but there are enough examples of it to make it a concerning trend. While most I-I Marines are dedicated to bringing their knowledge and experience to improve the unit, I have seen some who are derisive and make no attempt to appreciate the unique aspects and rich experiences of SMCR Marines. I have seen Marines lose heart and leave because they’re frustrated by other Marines who treat them as second-class citizens. Losing even one Marine because of this culture problem is unacceptable. We must recognize that the “active vs. reserve” mentality is a critical vulnerability to the overall force and eradicate it.

The first problem is that the structure and mission of the reserves are not aligned. Reserve units are often limited by inconsistent tasking and insufficient time to achieve the same training and readiness (T&R) standards as the active component. What an active duty battalion has a month to complete, a reserve unit must complete in two days. The reserve force is fielding capabilities that it cannot possibly sustain under this model, e.g. flight hours for flying squadrons. Meeting the T&R standards for a reserve unit are exceedingly difficult and many do not appreciate that reality. Countless reserve component leaders are mistakenly criticized for poor leadership or unpreparedness, when in many if not most cases, they are hamstrung by a chronic lack of time and resources.

The second problem is a fundamental misconception about the operational rhythm of SMCR Marines. It begins with the incorrect assumption that they just show up to drill weekends and go home, which in turn contributes to the lack of appreciation for the service and sacrifice they make. In reality, being in the SMCR is taxing, similar to garrison life. We are handling personnel issues, building training plans, writing reports or correspondence, supporting audits and other administration, PME, and a number of other taskers, all in addition to civilian jobs or school. I average around 2 hours each day, every day, handling matters for the unit, in addition to my civilian career. Because we are not all together each day, being a Marine reservist demands that we be Marines every day in small chunks of time. It is important for the active component to understand this reality: that reserve component Marines wear two hats and work in two different worlds, both of which require 100 percent dedication.

Lastly, there is a perpetual, derogatory stigma attached to SMCR Marines, borne out of uninformed perceptions that they are not well-trained and do not work as hard as active duty Marines. It is manifested maliciously, but oftentimes incidentally and unintentionally. Colloquial references to SMCR Marines as “the reservists” instead of as Marines are alienating, demeaning, and contribute to the stigma, regardless of intent. Jokes about experience or the lack thereof and deployments are also demoralizing and toxic.

When the balloon goes up, active and reserve go downrange together, and always have. Every major battle in Marine Corps history was fought and won by both active and reserve Marines. The danger of history repeating itself is the greatest incentive to bridge this culture gap, as we may be stirred to action at any moment. While institutional questions are more difficult, improvements at the margins can happen immediately.

Large-scale structural and recruiting issues will require sustained engagement at the general and staff non-commissioned officer level. The focus should be on whether the current model of training and readiness can be sustained with the resources and time available. The structure of the reserve force should offer realistic options to the active component so reserve units can achieve maximum readiness and add value immediately upon integration.

Along those lines, what is the end state of the reserve force? Is it to be prepared to fight or be prepared to mobilize? In our current budget environment, the goal ought to be the latter. No reserve unit is going down range immediately; there will be workups built into any mobilization, which will include many of the G1 scorecard items reserve units are chasing each drill period. While major emergencies and most OPLANs will require individual augmentations, entire units are not going to cross the line of departure immediately. We need to shift the mindset from being prepared to fight to being prepared to mobilize, and adjust drill periods and annual training to accommodate this change. Commanders should identify what it means to be ready for mobilization and the shift in focus from fighting to mobilization will set units up for success and better manage expectations for augmentation and integration with the active component. The worst thing a reserve force can do is overpromise and underdeliver and our current model lends itself to such failings.

At the margins, the culture of I-I duty needs to change. There is a mentality that I-I duty is a vacation; a comfortable secondary billet before retiring, transitioning, or going back to the fleet. It should not be and those who have served on I-I duty know it well. The I-I/SMCR relationship is crucial to identifying better institutional policies and implementing the important changes in culture that are needed to bridge the gap. I-I staffs facilitate training and drive the commander’s intent. The best endear themselves to their counterparts, build personal connections, and really understand the personality of the command and experience of the reserves. They serve the unit rather than themselves and they take those experiences to the active component and advocate for the reserve force. The peak periods at my unit have come where our I-I and SMCR leaders worked and bonded closely.

The best I-I leave positive impacts on the reserve units and can lead on cultural issues when they return to active units. The active component needs to understand and appreciate the reserve experience and reject the impulse to view it as inferior. We are not in competition; we serve differently, but with the same dedication toward a common goal. Changing the culture and ending the stigma requires understanding and listening to each other, recognizing that each Marine’s experience has value. We should share with one another our experiences in the civilian and military worlds as we integrate and train together.

If a Marine is of poor character, that is a reflection of the individual, not the service component. Every Marine earned the title in the same way. No officer serves without graduating OCS and TBS. No enlisted Marine made it to the fleet without going through boot camp and MCT or SOI. We are all the same. There is not enough time to waste it by alienating each other and holding each other back out of prejudice. We need to be prepared to integrate seamlessly and accomplish the mission. People choose to serve in different ways, and they make their way in the world on their own timelines. Whether institutional or cultural, it is within the ranks that solutions are created and sustained. Those improvements will pay dividends in battle. Changes at the margins are incremental, but every incremental change is impactful and every impact made on just one Marine is a legacy.

Richard Protzmann is a captain in the Marine Corps Reserves and a student in Command and Staff College. He is a civilian attorney in Southern California and has published with Marine Corps University, Real Clear Defense, and Real Clear Policy, among others.