The Air Force usually leaves water business to the Coast Guard and Navy, but four airmen flipped the script by rescuing eight civilians whose boat capsized in Tampa Bay. 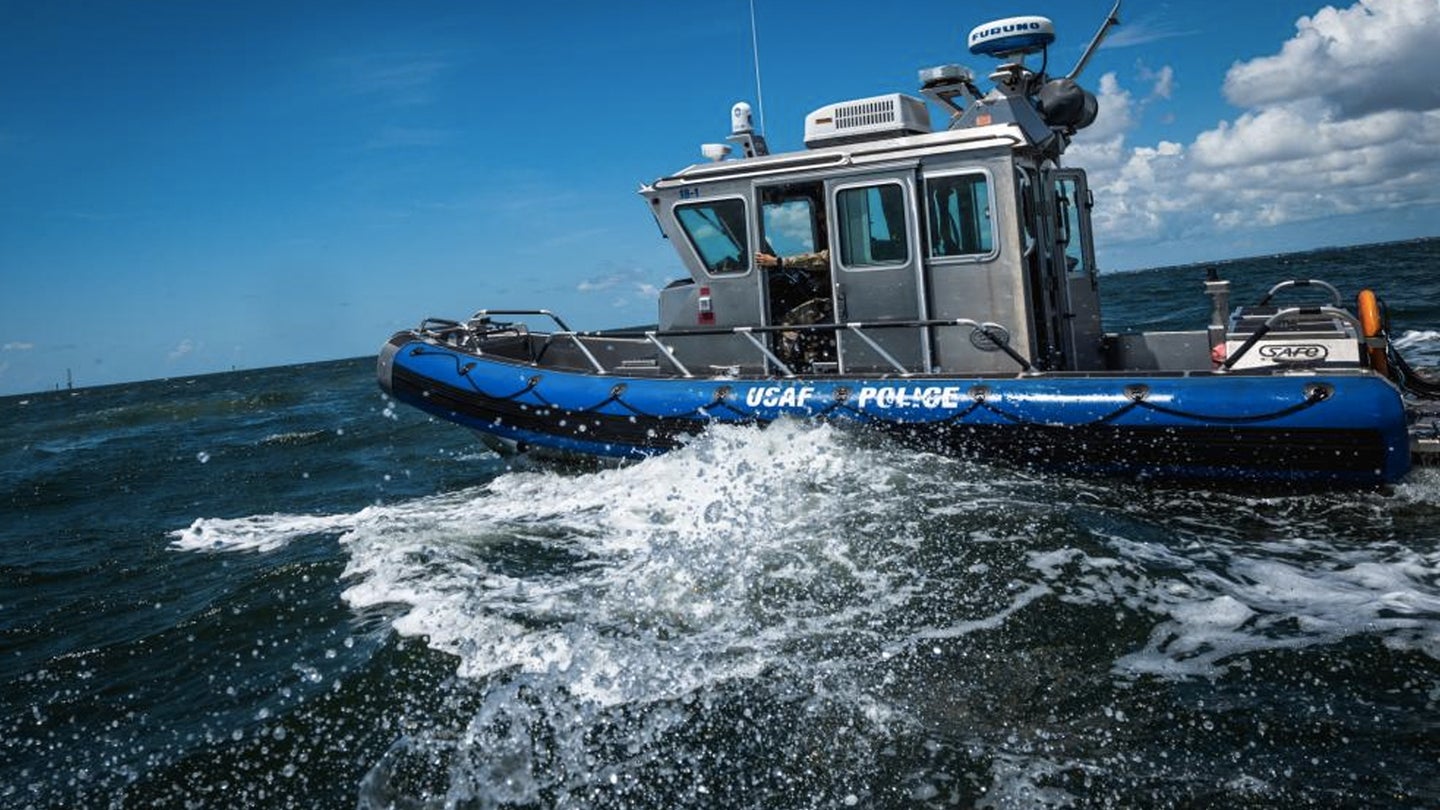 The Air Force usually leaves water business to the Coast Guard and the Navy, but four airmen with the 6th Security Forces Squadron Marine Patrol Unit at MacDill Air Force Base in Florida flipped the script last month by rescuing eight civilians whose boat had capsized in Tampa Bay and who were being circled by a 10 or 12-foot long bull shark when the airmen found them.

Perhaps most spooky of all, the airmen had no particular reason for being out on the water that day. Though the 6th Security Forces Squadron Marine Patrol Unit is trained to watch over the vast restricted coastal area of MacDill Air Force Base, the Coast Guard had put out a ‘small craft advisory’ that day warning boaters of large waves and wind from a recent tropical storm.

“Under this advisory, the MacDill marine patrol unit wouldn’t normally do their routine sweep, both for their own safety and for the lack of boats in the water,” an Air Force press release written by 2nd Lt. Kristin Nielsen explained.

But one Security Forces airman had a funny feeling, something “deep in his gut that told him he needed to get in the bay,” Nielsen wrote.

“We couldn’t even tell you what made us go out there,” said Staff Sgt. William Au, a 6th SFS Marine Patrol crew lead. “It was the weirdest thing. We just knew we had to go.”

Au and his partner, Airman 1st Class Kade Jones, loaded up their patrol boat and started sweeping the waters around MacDill. In moments, they located a pontoon boat that stood out not only because it was the only boat in the water, but also because it was flipped upside down.

“At that moment, the marine patrolmen switched into action, realizing that gut feeling had led them to the eight victims who were now stranded in the water,” Nielsen wrote.

The two airmen called for back-up as they pulled the boaters out of the water. That was when Jones noticed the bull shark, which she believed to be 10 to 12 foot long, circling the upside-down boat.

“They were clinging on to the wreckage,” Au said about the survivors. “They were terrified.”

Bull sharks “are more aggressive than most shark species,” wrote the Florida Fish and Wildlife Conservation Commission. However, sharks usually attack humans only “when they are confused or curious,” according to the National Oceanic and Atmospheric Administration. Humans are not part of their normal diets, and most sharks “primarily feed on smaller fish and invertebrates.” Still, it’s hard to blame swimmers for being frightened of the large carnivore in their midst.

Back on land, two other marine patrolmen, Airmen 1st Class Samari Rivera-Rodriguez and Savin Venable, heard their colleagues’ call over the radio. They geared up and took a second boat out to help. The rough waves of the usually-calm Tampa Bay made the task of rescuing and meeting up with their fellow airmen more difficult than expected.

“It was really rough out,” said Rivera-Rodriguez. “The waves were so tall it was hard to see where they were. The waves just kept coming up and down.”

When the two boats finally met up, the crews split the survivors between them to keep from overloading a vessel. Teamwork and clear communication made all the difference in that moment.

“We didn’t have to worry about each other,” Rivera-Rodriguez said. “Every patrolman handled the situation perfectly.”

“I didn’t have to look over my shoulder and worry if everyone was doing their part,” Venable added. “I trusted them.”

Au explained that pulling people out of the water in rough waves was more difficult than it sounds.

“We conduct drills on how to pull people out of the water and onto the boat, but when it’s rough like that something as simple as holding the boat in one place is extremely difficult,” he said. “But the airmen killed it. Hours on the vessel, getting used to the ocean and its conditions and challenges prepared them for this.”

Within 15 minutes of rescuing the survivors, boats from the Coast Guard and the Hillsborough County Sheriff’s Office arrived to take them back to land. Meanwhile the airmen and the Coast Guard worked together to clean up the wreckage of the capsized vessel. Au was extremely proud of his fellow airmen.

“My biggest takeaway after getting everyone home safe was how well the marine patrol airmen did,” he said. “These are young airmen, barely 20 years old. Just watching them do their tasks while coordinating with other agencies, while simultaneously caring for the victims, showed how competent and well-trained they are.”

The rescue is also a win for a little-known element of the Air Force: its small but mighty navy. As We Are The Mighty previously reported, these boats include USAF Rising Star, the service’s lone tugboat that is used for just two months of the year to help ships get to Thule Air Force Base, Greenland, which is 750 miles north of the Arctic Circle. There are also three 120-foot long drone recovery vessels based at Tyndall Air Force Base, Florida that recover wreckage from drones shot down as aerial target practice over the Gulf of Mexico.

“At its peak, the USAF had a dozen or so ships in the water, each with a designated role in supporting Air Force operations,” We Are The Mighty reported.

Though that article left out the 6th Security Forces Squadron Marine Patrol Unit, the airmen assigned to it patrol “one of the largest coastal restricted areas in the Department of Defense,” according to the Air Force. Squadron members face anything from rough weather to drug dealers to poachers entering the restricted waters near the base, according to an earlier press release.

“We have to stay on our toes,” said Staff Sgt. Angelo Scaffido, 6 SFS marine patrol noncommissioned officer in charge, in a March press release. “Being out there in the water brings its own unique challenges.”

Add to that yanking capsize survivors out of sharky waters. Who says the phrase ‘wild blue yonder’ can’t refer to the sea?