"I have the skills and responsibility to help others, whether they are a soldier or a civilian" 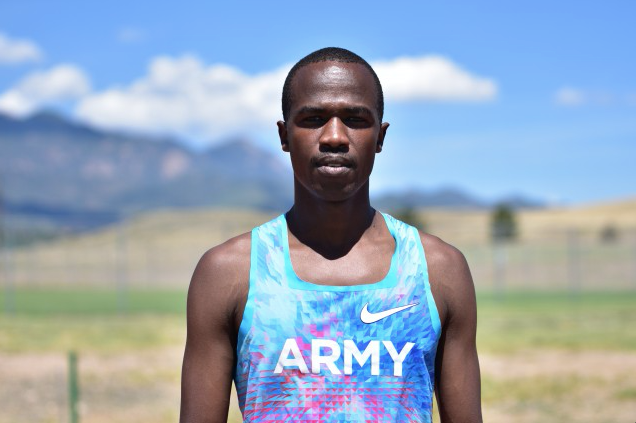 A combat medic with the Army’s World Class Athlete Program (WCAP) saved a woman’s life in September while shopping with his family.

Sgt. Samuel Kosgei was shopping at a Walmart in Colorado Springs, Colorado, on Sept. 18 when he heard “a child screaming.”

“I told my wife to keep the kids where she was and ran over to the aisle where I found an older woman lying on the ground,” Kosgei, who is a former marathon runner with WCAP, said in an Army press release. “She was not breathing so I told the other woman standing there to dial 911 while I cleared the area and assessed the situation.”

He gave the woman CPR until she was breathing again, then once she was conscious, Kosgei “escorted the upset child to his wife and kids, who helped calm him down.” He said in the press release that he waited with the woman until the ambulance arrived.

Other athletes and staff in WCAP didn’t know anything about Kosgei’s heroic actions until a week later “when it came up in casual conversation,” the press release says.

WCAP Commander Capt. Bryce Livingston said he didn’t know anything about it until Kosgei’s supervisor recommended him for an award. He described Kosgei as “extremely humble.”

“I was shocked to find out, but not surprised, because that is just the kind of person Sgt. Kosgei is,” Livingston said. “He is a leader, and I could always count on him to get tasks done.”

Kosgei credited his medic training for his action that day, saying he’s “proud to be a medic and that applies 24/7.”

“I have the skills and responsibility to help others, whether they are a soldier or a civilian,” Kosgei said in the release. “I am glad I was there to help.”