“I did what I would hope someone would do for one of my family members.” 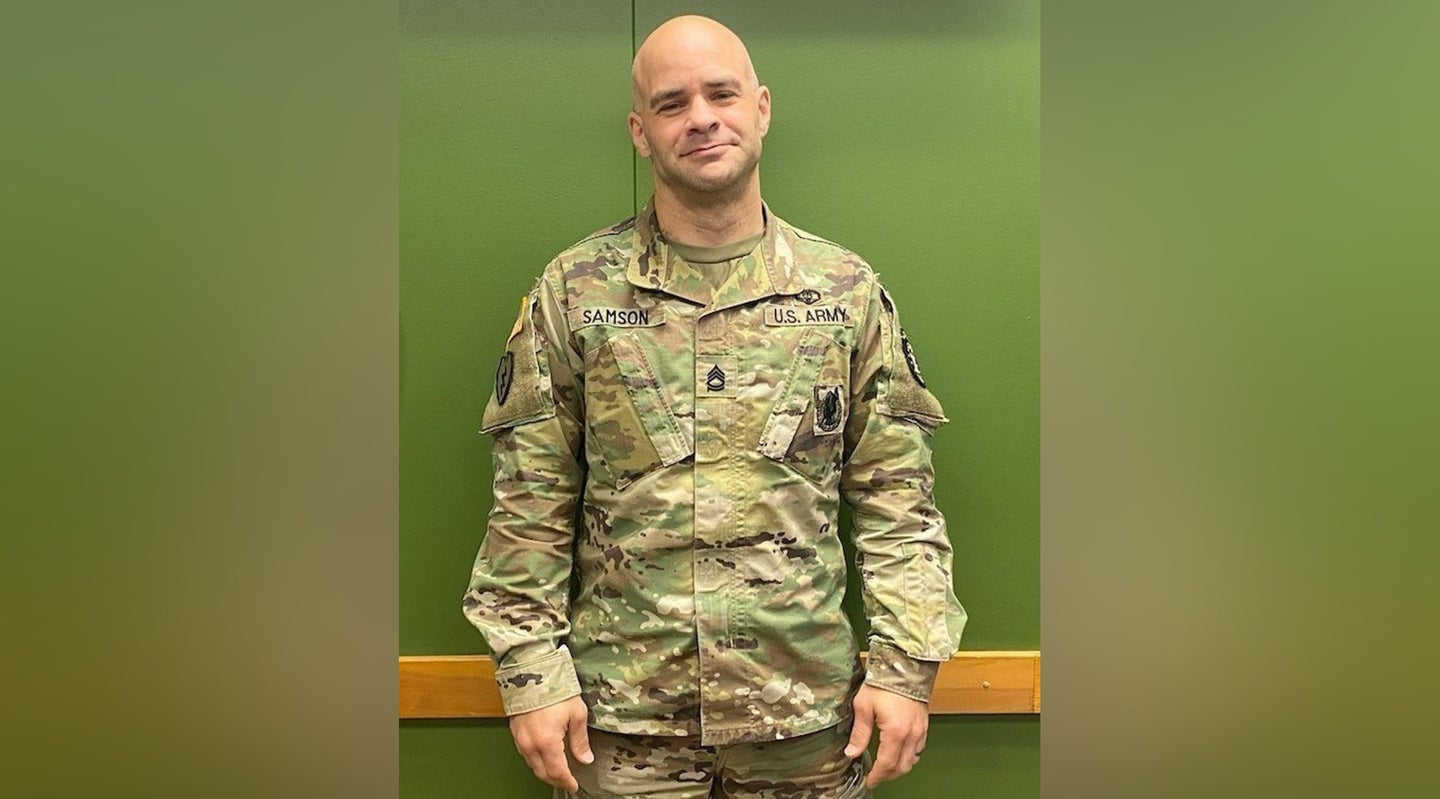 With a global pandemic and a presidential election going on, 2020 has plenty of uncertainty to go around. But Sgt. 1st Class Scott P. Samson knows one thing will never go away, and that’s medical emergencies.

“Having soldiers and civilians trained to handle them, wherever they occur, is imperative for effective medical treatment on the ground,” said Samson, an Alaska-based Army recruiter and trained combat medic in a press release on Friday.

Samson should know — he’s already used his training to save lives twice this year. The first time was over Father’s Day weekend, when he encountered a car crash along Alaska’s Seward Highway.

“I joined eight to 10 other individuals who jumped into action to help,” Samson recalled. “When I got to the vehicle, a 6-year-old girl who had been pulled from the vehicle was unresponsive. I then performed chest compressions on her.”

Samson also cut the seatbelt of a passenger trapped in one of the vehicles and pulled her free, after which emergency medical technicians took over, the press release said.

Just a few months later, on October 8, Samson’s training kicked in again when he and a few fellow recruiters saw a man remove an unresponsive woman from his car and lay her on the grass near their station. Someone called 911 as the medic approached the scene, where he performed chest compressions on her until EMTs arrived.

“It’s not really something you think about doing,” said Samson. “I did what I would hope someone would do for one of my family members.”

Related: Nobody stood up so I did’ — Army combat medic saves unconscious airline passenger

Samson first enlisted in the army in 2010, where he trained as a combat medic. He has been with the Alaska Army Recruiting Company since 2015, according to the press release. Samson’s boss, 1st Sgt. Sheldon J. Hansen, praised the soldier for helping the community.

“His ability to handle very stressful situations and act with precision is a true testament of his military training,” Hansen said. “He has consistently shown how military medical training is very crucial in his normal day-to-day activities, and has directly impacted the community he lives in.”

The community appreciates it too. Lt. Ruth Josten, of the Wasilla, Alaska, Police Department, said any little bit of medical training can help in a crisis.

“A person with medical experience has the potential to change the outcome,” she said.

A native of Mason, Michigan, Samson said he has no regrets choosing to become an Army medic.

“As a medic, I know I have a skill set I can use anytime, anywhere and that was the primary reason I chose it,” he said. “As a soldier, I have a level of training and preparedness that conditions me for success anytime, anywhere. It’s a win-win.”