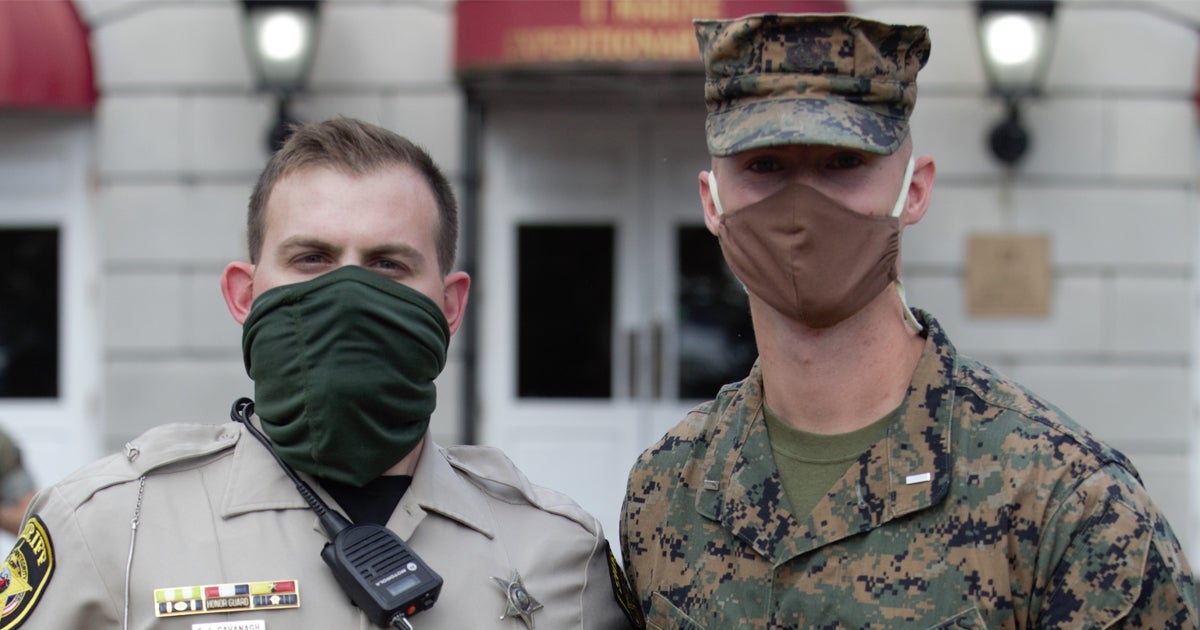 A Marine recruiting spot once said that Marines move “toward the sound of chaos” — and in the case of an officer stationed at Camp Lejeune, we can say, yep, that’s accurate.

The case in point is 1st Lt. Tyler King, a Marine public affairs officer who rushed to aid an injured motorcyclist and took charge of an accident scene like a boss on Nov. 6, 2019.

“As I was putting my kids in the car, I noticed two black shapes on the ground and realized it was a motorcycle rider who had gotten into an accident,” King said in a Marine Corps news release. “I told my wife to take the kids home and then I rushed to help him.”

The motorcyclist was T.J. Cavanagh III, an off-duty deputy with the Onslow County Sheriff’s office, who was hit by a vehicle that failed to yield at a stop sign.

King, with 2nd Marine Expeditionary Force at Camp Lejeune, North Carolina, witnessed the accident and hurried to the scene before playing out the step-by-step process of a combat lifesaver class in real life.

According to the release, bystanders had gathered around Cavanagh but were unsure what to do next. Fortunately, King did. He told a bystander to call 911, assessed the deputy’s injuries, treated him for shock, and kept him calm before help could arrive.

“Assisting someone in need is what Marines do,” said Lt. Col. Robert Shuford, King’s boss. “This is exactly what we expect from our Marines. We are proud of 1st Lt. King’s example of selflessness and his quick decision making.”

King was awarded the Navy and Marine Corps Achievement Medal on Oct. 23 for his “actions, initiative, and compassion towards a complete stranger,” according to the release. At the award ceremony was someone who is no longer a stranger — Cavanagh — who recovered from his injuries and is now back on duty.

This wasn’t the first time (and probably not the last) we’ve seen service members rush to help when tragedy strikes.

Two Marines received awards in May for their life-saving actions during a mass shooting in Las Vegas in 2017, and two others were commended in January for their heroism after a gunman opened fire at Naval Air Station Pensacola in Dec. 2019.

Related: The Marine Corps legend who tried to stop the Vietnam War