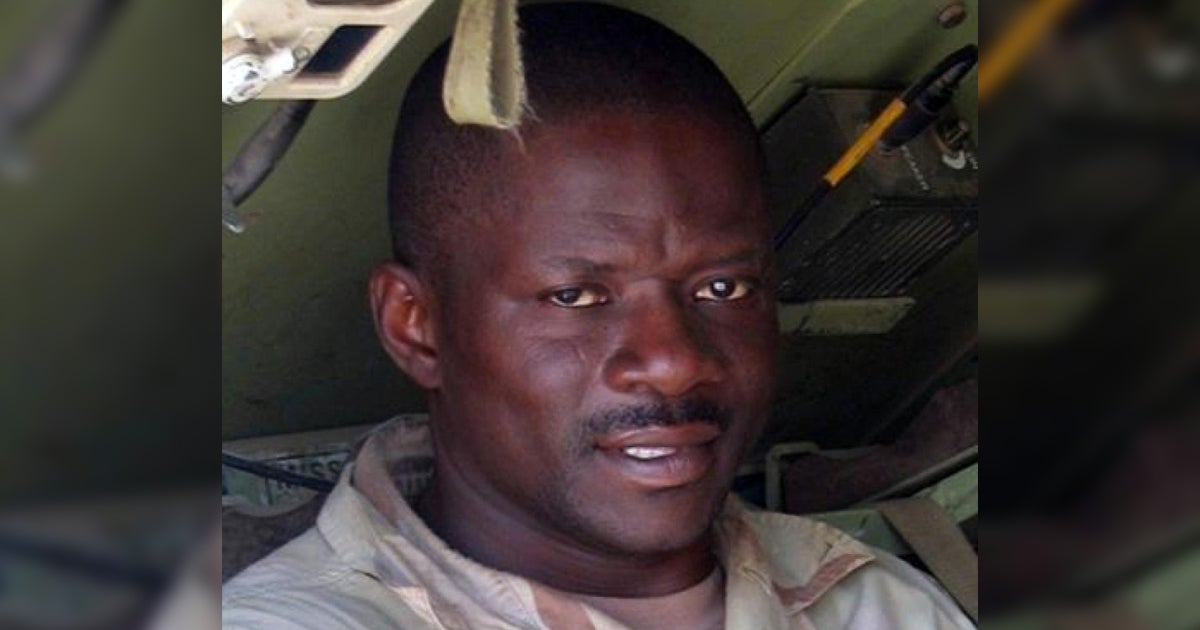 The Senate battle over the future of the Supreme Court has delayed a long-anticipated Medal of Honor award for Army Sgt. 1st Class Alwyn Cashe, according to a report in The Washington Post.

While the House passed a bill last month waiving a federally-mandated requirement of five years between the award and the heroic act, the Senate has not yet passed its bipartisan version of the bill as senators consider Judge Amy Coney Barrett for the Supreme Court. The bill was introduced on Sept. 23, the same day it passed the House.

Defense Secretary Mark Esper in August signaled his approval of the nation’s highest award for battlefield valor for Cashe, 35, who repeatedly went inside a burning vehicle to recover soldiers wounded in a roadside bombing in Samarra, Iraq in 2005, despite being drenched in fuel.

After his Bradley Fighting Vehicle was hit by an improvised explosive device on Oct 17, 2005, Cashe, soaked in fuel, escaped the gunner’s hatch and then helped his driver escape, according to his citation for the Silver Star.

Cashe, “without regard for his personal safety,” the citation reads, then “rushed to the back of the vehicle, reaching into the hot flames and started pulling out his soldiers. The flames gripped his fuel soaked uniform. Flames quickly spread all over his body.

Despite agonizing pain, Cashe continued evacuating soldiers from the Bradley, and ultimately saved six. Cashe, who suffered second and third-degree burns over 72% of his body, died weeks later at an Army hospital in Texas.

In the hospital when he could speak, according to his sister Kasinal Cashe White, Cashe’s first words were: “How are my boys?” in reference to his soldiers.

“I couldn’t get to them fast enough,” he said.

“He just kept saying, ‘I’m good, I’m good, take care of my guys,'” Alisha Turner, a former Air Force medic who was part of the team that treated Cashe, told Task & Purpose in 2018. “He wanted us to focus on everyone else. It was as if they were his children.”

Cashe was posthumously awarded the Silver Star, the third-highest valor award. But many have advocated for an upgrade since then, including Maj. Gen. Gary Brito, his former commander, who has led a campaign to upgrade Cashe’s award for more than a decade.

“You don’t often find truly selfless sacrifice where someone put his soldiers’ welfare before his own,” Brito told The Los Angeles Times in 2014. “Sgt. Cashe was horribly wounded and continued to fight to save his men.”

Despite an award upgrade for Cashe having bipartisan support, it’s been “caught up in political stoppage,” one official told The Post. One Senate Republican told the Post the vote may not come until after the election.

“This is on the one-yard line, and the family has been waiting 15 years,” Rep. Michael Waltz (R-Fla.), a former Army Special Forces officer and co-sponsor of the House bill, told The Post. “Everything is aligned right now, and it just takes a procedural move to make it happen. There are just too many unknowns after the election.”

If the Senate approves, the next stop is the president’s desk. And eventually, a ceremony at The White House. Meanwhile, supporters of the upgrade effort are confident Cashe will finally be recognized after so many years of waiting.

“It WILL happen,” Harry Conner, a longtime advocate who runs a Facebook group dedicated to the Cashe upgrade effort, wrote to group members on Friday. “Please DO NOT contact any member of the Senate. It is totally under control.”

Senate Majority Leader Mitch McConnell (R-Ky.) took steps to finalize the Barrett nomination this week, according to the Post, with a final vote expected on Monday.