Alejandro Villanueva, a former Army Ranger and an offensive tackle for the Pittsburgh Steelers bore the name of Sgt. 1st Class Alwyn Cashe on his helmet during Monday's game against the New York Giants. 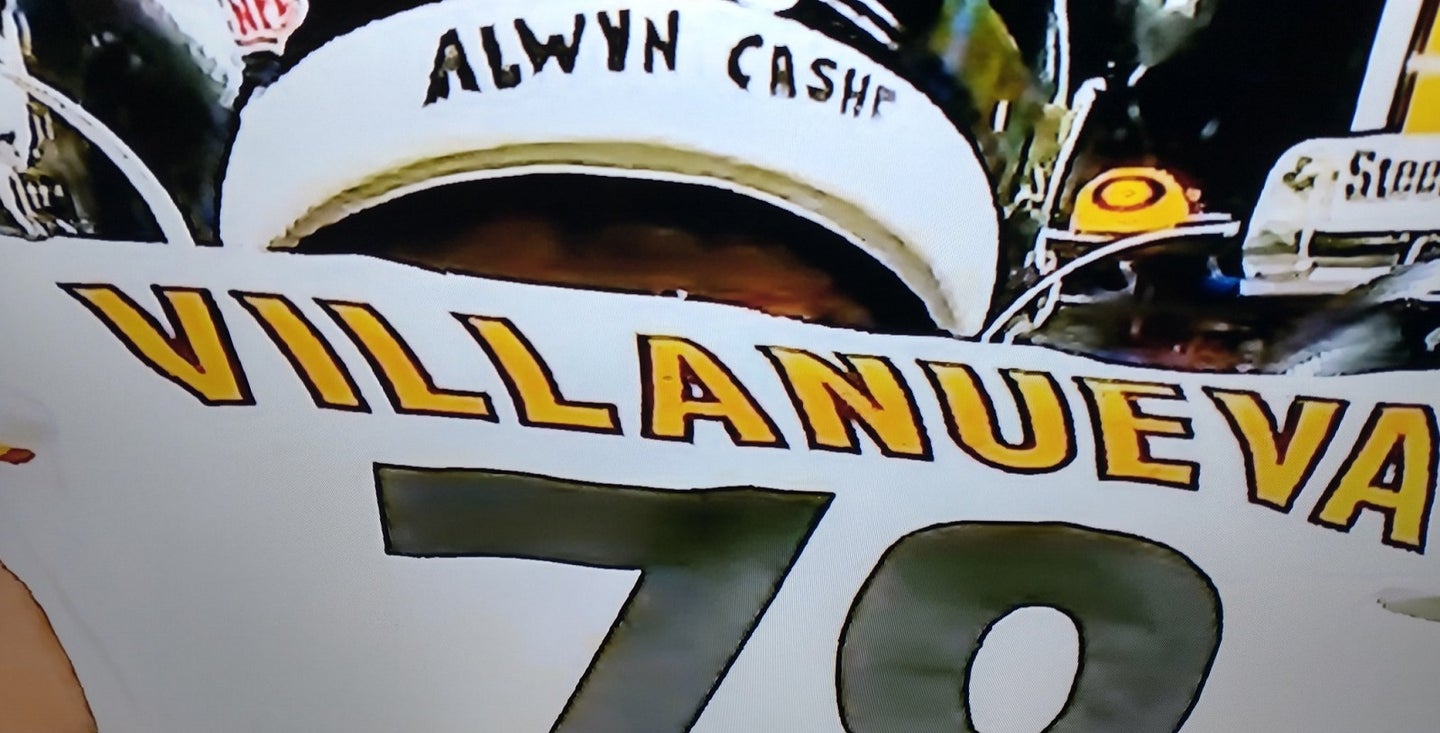 Alejandro Villanueva, a former Army Ranger and an offensive tackle for the Pittsburgh Steelers, bore the name of Sgt. 1st Class Alwyn Cashe on his helmet during Monday's game against the New York Giants.

The news was first shared by reporter Chris Adamski of the Tribune-Review on Twitter.

Cashe was posthumousky awarded the Silver Star for heroism after his death at 35 while on duty in Iraqhttps://t.co/a4Pbp3UERU had said ALL players' helmets would have Antwon Rose Jr's name pic.twitter.com/UMqbxVo6mj

A former Army officer with three tours in Afghanistan and a Bronze Star for valor, Villanueva's decision drew a flurry of attention and some criticism on social media, with commenters accusing the player of breaking ranks with his teammates who had agreed to wear the name of Antwon Rose Jr. on the back of their helmets.

Rose Jr., a Black teenager, was shot and killed by a white police officer during a traffic stop in 2018 in East Pittsburgh.

The helmet decals were permitted by the NFL as a way for players to “honor victims of systemic racism, victims of police brutality, and social justice heroes.”

So far Villanueva has not commented publicly on why he chose to bear Cashe's name.

However, the Steelers' head coach, Mike Tomlin, announced on Tuesday that Villanueva discussed it with him ahead of the game.

Tomlin says he gave Alejendro Villanueva his blessing to wear deceased Army vet Alwyn Cashe's name on the back of his helmet. Rest of the team wore police-shooting victim Antwon Rose Jr's name

On Oct. 17, 2005, while serving in Iraq, Cashe's unit was ambushed, and his Bradley Fighting Vehicle burst into flames. Though he was drenched in gasoline, and under enemy fire, Cashe returned to the flaming troop transport, not once, but three times.

By the time the last of his men were free from the wreckage, Cashe was among the most severely wounded. On Nov. 8, he succumbed to his wounds at the Brooke Army Medical Center in San Antonio, Texas.

Cashe was posthumously awarded the Silver Star for his actions, though his selfless heroism and sacrifice have inspired an ongoing campaign to see that award upgraded to the Medal of Honor, the nation's highest award for valor.

Those efforts received a major boost in late August when Defense Secretary Mark Esper wrote in a letter to lawmakers that he supported Cashe's award upgrade.