The 4 military stereotypes that war movies get right

While we can laugh about the Hollywood blueprint for a war hero, or get annoyed when we see military portrayals go very wrong, the more I watch, the more that I have found there are some leadership roles that these movies actually get right 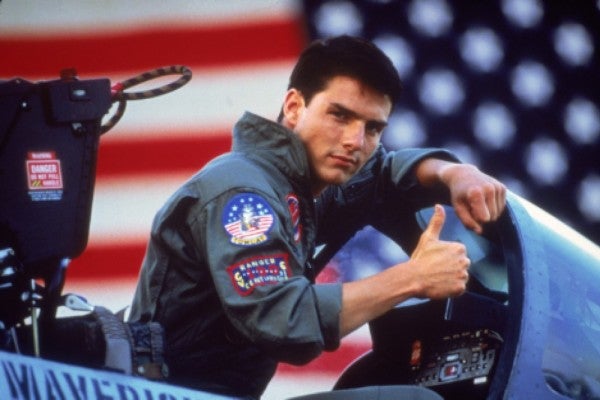 Editor's note: A version of this story first appeared in 2014.

Most of these names ring a bell, right? For the uninitiated, they represent the main characters of Saving Private Ryan, We Were Soldiers, and Heartbreak Ridge — all films that many troops and veterans can quote verbatim when watching. It’s hard to forget Miller’s sense of perspective with regards to his mission, or Moore’s declaration that he’ll be the first on and last off the battlefield — a sentiment that is less hero speak and more personal conviction, and one that he follows through with.

These guys all share similar traits that Hollywood war movies love to focus in on. Calm under fire? Check. Grizzled veteran? Check. Look out for their men even at great personal risk? Check. Stoic speech or personal reflection on war at some point during the movie? That is damn near a necessity.

While we can laugh about the Hollywood blueprint for a war hero, or get annoyed when we see military portrayals go very wrong, the more I watch, the more that I have found there are some leadership roles that these movies actually get right. In these characters, I saw examples of the leadership principles I respected in many of the NCOs and officers I served with.

In the veteran and military community, we talk a lot about the divide that exists with the civilian populace and their understanding of our beliefs and attitudes. One of the biggest misconceptions is that all our leaders are like R. Lee Ermey in Full Metal Jacket. Now, we may have had a few drill sergeants who liked to emulate his character, but as a whole, our leaders were much different. I’ve identified some of the typical military stereotypes that I’ve used to help my family and friends understand what military life was really like.

It took another watching of Glory for me to appreciate just how good Morgan Freeman’s Sgt. Maj. John Rawlins fits this description. Initially just another regular recruit, Rawlins’ age and insight allow him to gain the trust of his command, eventually earning a promotion to the highest enlisted position in his regiment. Even as he is given his stripes, he confides in his commander that he isn’t sure he is ready for such a responsibility. Despite his initial reluctance, Rawlins takes to his billet perfectly, serving as the key link between his fellow black soldiers and their white commanders.

A lot of people view a military “badass” as a Ramboesque character. You know the type. Bodybuilder, camouflage paint, machine gun in hand. Unfortunately, all I see with characters like that are poor trigger discipline and a likelihood to be killed rather quickly. Supermen in the real world are the guys you speak about in hallowed terms; yet, have the utmost respect for due to their tactical proficiency and ability to inspire others to follow them to hell and back.

Although it’s hard to draw a tactical comparison to the current era of the military, Russell Crowe’s Maximus in Gladiator possesses that superman quality; so much so, that his army remains loyal to him while he was branded a traitor. The care for his men comes first and his battlefield prowess and experience earns him a massive following among the patrons of the Coliseum. Taking charge of his fellow gladiators, he possesses the timeless yet rare ability to raise the confidence and competency of those around him with just his presence.

In Heartbreak Ridge, Clint Eastwood’s GySgt. Tom Highway is a Marine through and through. There is no questioning his priorities in life: It is the Marine Corps and everything else comes second, save for a hard drink. His entire identity is wrapped up in being a Marine, which is not to say that that it is a bad thing. There is something uniquely admirable about someone who has found his true calling in life. The man has done it all, seen it all, and heard it all and has no issue with using old world techniques to teach a new generation of Marines. He’s the hardened war horse and figurehead that every successful combat unit needs.

While respected for his experience, Highway, like many lifers, begins to realize that he is being pushed aside for a new generation of leaders. Despite vast years of expertise, Highway struggles to accept that his beloved Marine Corps is finding little use for him in the twilight of his career. Fighting and drinking his way through demotions and charges of insubordination, these actions serve as a metaphor that he is pushing back against the reality that while he is not nearly done with the Marines, the Marines is finished with him.

F-14s, Kenny Loggins, volleyball sequences, and an unnamed hostile country (we all know it was Russia) and you have the gloriousness that is Top Gun. I can’t watch this movie without reciting a large majority of the lines, much to the annoyance of the people watching with me. This is one of the first movies I remember watching over and over again on VHS and it taught me the importance of Ray-Bans, coordinated high fives, and “adult situations.” It didn’t sink in until years later that the relationship between Maverick and Viper is a good study on the importance of recognizing talent, honing it, and pushing it further.

Viper is the classic “been there, done that, can still kick your ass” officer. While his combat days are done, he has no issue with getting down in the weeds and passing on his expertise to the next generation of pilots. In working with Maverick, Viper sees a little bit of his younger self and works to sort out the rough edges without coddling him. Like any good mentor, he doesn’t pull any punches, he’s direct, and he’ll build you back up when you need it. It’s hard not to respect a superior like that.

Trying to explain to a civilian about the culture of the military can be hard enough. Hell, explaining the language alone can leave people more confused than when you started. However, what people do understand is that there are certain archetypes and leadership roles that mirror the civilian world. Using specific military movies and some of their characters as a template, we can start to bridge the gap of understanding that exists today so that the next time you are talking about a “Maximus-type leader” to a civilian friend, they won’t look at you like you are crazy.