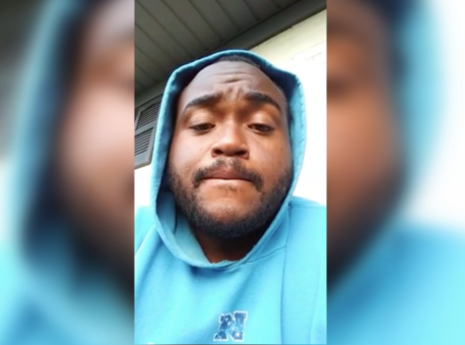 A former Tennessee National Guardsman described a disturbing culture of racism within the guard and a failure to take action against it, according to a YouTube video he posted over the weekend.

In a nearly-15 minute-long video, William Louis Kyle, Jr., a Black man with the YouTube username Wil Kyle, detailed frequent racist interactions he had with white members of the Tennessee National Guard, saying that they led him to attempt suicide.

“I want to know why nobody cares,” he said in the video. “Do I have to be dead for someone to say, 'Hey, let's do something?'”

The video has over 3,500 views on YouTube and has spurred hundreds of comments on the unofficial military Reddit page, r/military.

Lt. Col. Chris Messina, a spokesman for the Tennessee National Guard, said Kyle served in the Guard as a Bradley Fighting Vehicle System Maintainer from 2012 to 2016.

“The Tennessee National Guard has been made aware of the video posted by Wil Kyle on social media,” Messina said. “We take these matters seriously and are currently looking into the statements made by Kyle.”

In the video, Kyle says that he joined the Tennessee National Guard after a recruiter told him they would pay off the college debt he'd accrued. He said he signed a six-year contract with no sign-on bonus, but that at the end of basic training, someone called the deal into question.

“They tell me, 'Hey, did you sign a six-year contract for nothing?' I was like, 'What? No … they're going to pay for my school.' He was like, 'No son, they're not. You need to go back — as soon as you go back to Tennessee, you need to talk to them,'” Kyle explained.

He said after Advanced Individual Training (AIT), he went back to Knoxville, Tennessee, and talked to a staff sergeant at the recruiting office.

“I was like what is going on? You're not going to pay for my school? Why did I sign up for so long?” he recounted. “He kind of just chuckled it off, saying it's my fault and everything like that … He walks out and says to his little buddies or whatever, 'Black people still can't read contracts.'”

Kyle said the incident didn't stand out to him at the time because he'd dealt with “a bunch of racism” in the past. But he went on to say that he moved to Greenville, Tennessee, and at first, things seemed fine. But soon after arriving, he started being regularly called the N-word by other guardsmen, like it “was my name or something.”

He said he put up with the racist name-calling for almost four months before he said something.

“I was getting tired of getting called a n—–, you know? Sometimes you have a bad day.”

When he finally put his foot down, he said, six or seven white guardsmen start “screaming” at him, threatening to burn down his house.

“It just really spooked me. All these grown-ass men — I mean, hell, I was only 21, 22. These men are way older than me, and they're saying all this shit,” Kyle said, explaining that for “speaking back” they had him “get on my knees and elbows,” bark like a dog, and call himself worthless.

The final straw, he said, came one day when he was walking to his car when another man threw “a dip bottle or something” out the window of his truck, letting it pour “all over” Kyle, and called him a “dirty n—–.” The man who threw the bottle, and another man in the truck, started laughing and drove away, according to Kyle.

“I cried,” Kyle says in the video. He goes on to say that he went in to talk to one of his superiors, who he identified as Sgt. 1st Class Matthews, and told him that he was having trouble.

“As soon as I'm about to tell him what's going on, he cuts me off. He cuts me the fuck off and says 'Kyle, stop being so damn sensitive' … So I try to kill myself.”

Eventually, Kyle said that he reached out to the office of former Tennessee Gov. Bill Haslam (R) and said he was experiencing racism; he said he was told that the situation would be “put in the right hands,” but that he never heard anything else about it.

Now, Kyle says he's homeless and wants to know “why nobody cares.”

“I know I'm not the only one, so why don't nobody care? What am I supposed to do? This is why I keep trying to kill myself.”

Kyle said he hasn't tried to tell anyone else about the experience he had, including his family, and that he's “still struggling.” But recently, he said he bumped into one of the other guardsmen he knew from his time in service.