"The Army values are what we will live by. Please continue to hold us to those standards." 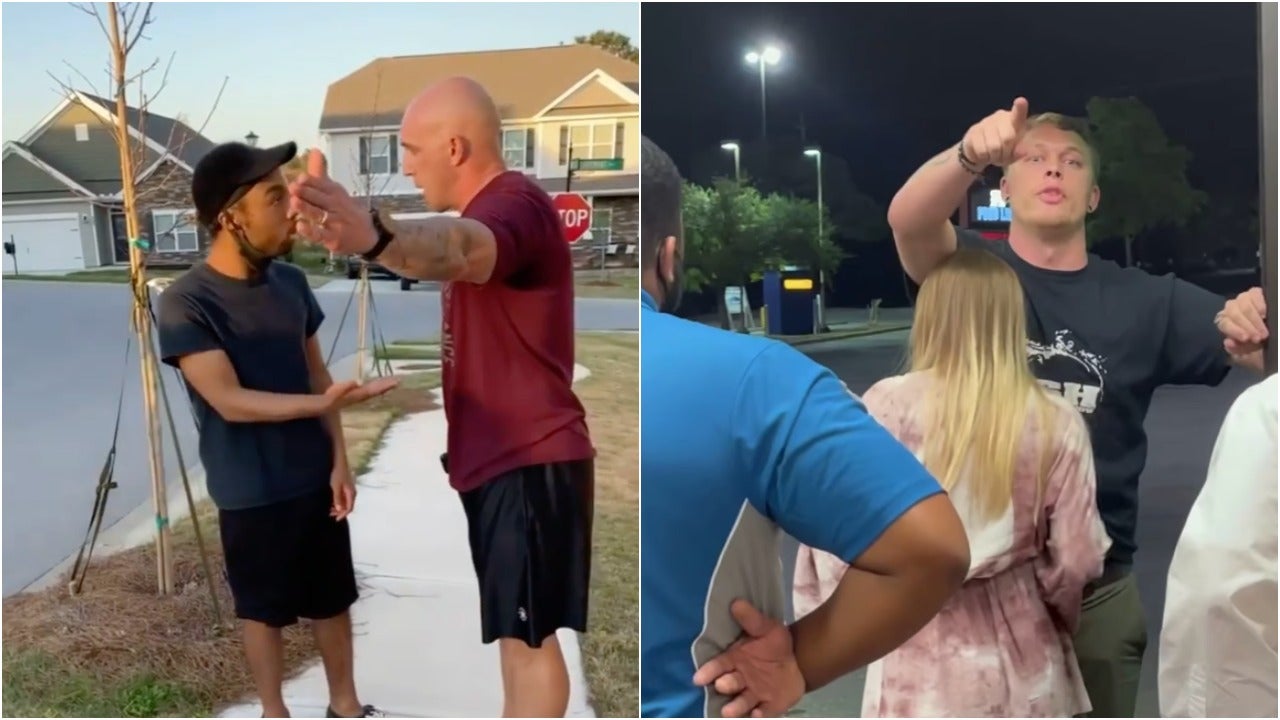 The commander of Fort Jackson had to clarify which racist incident he was addressing in a statement on Friday after videos of two separate, racist incidents involving current and former soldiers assigned to the South Carolina Army post recently went viral.

“First, I want to reiterate that the command in no way condones the behavior and actions depicted in not just one, but two recent videos posted to social media,” said Brig. Gen. Milford Beagle, Jr. “Those behaviors are absolutely counter to the Army values and professionalism expected of soldiers, both on and off duty. For clarity, the Sumter, SC incident are the actions of a former soldier, discharged from the Army in 2020, but the association to the Army and Fort Jackson obliges me to address each.”

Sgt. 1st Class Jonathan Pentland was arrested on April 14 and charged with third-degree assault and battery after he was filmed days prior pushing and threatening a Black man walking on a neighborhood sidewalk. Pentland was seen in the April 12 video telling the young man to “either walk away or I’m going to carry your ass out of here.”

“You’re in the wrong neighborhood motherf—er,” Pentland said. “Get out.”

Pentland was later released on bond. The Army suspended him from his duties, according to Beagle, who said Pentland “continues to serve his command in an administrative capacity.”

The Sumter incident, meanwhile, involved a former Fort Jackson soldier, John Walter Miles, who was filmed blocking the automatic doors of a grocery store on April 9 while telling people inside that “Black lives don’t f—ing matter.” The Sumter Police Department said Miles was shopping with his girlfriend at a grocery store and “became irate after a clerk refused to sell alcohol to the couple.”

Miles was later charged with “aggravated breach of peace and trespassing.” It’s unclear when he was stationed at Fort Jackson; a Fort Jackson spokeswoman confirmed only that he’d previously been stationed there. Sgt. 1st Class Anthony Hewitt, an Army spokesperson, said Miles was an infantryman who served in the Army National Guard from Oct. 2010 to June 2011, and the regular Army from June 2011 to Sept. 2020.

The two incidents come at a time when Army leaders have been increasingly vocal about confronting racism in the ranks, including holding listening sessions throughout the force and extremism stand-downs, which were directed by Defense Secretary Lloyd Austin. The goal is simple: to create an Army that welcomes diversity.

Soldiers “have to be able to trust each other at all levels and all times, regardless of rank, where we come from, and what we look like,” Lt. Gen. Leslie Smith, the Army Inspector General, said during a roundtable at the end of Black History Month in March. “Without trust we cannot accomplish our mission.”

The Army also started Project Inclusion after George Floyd was killed in Minneapolis, an effort former Army Secretary Ryan McCarthy said was crucial in helping soldiers “understand and support each other.”

“Your Army is committed to confronting racism, extremism, and corrosive behaviors … The Army values are what we will live by,” Beagle said on Friday. “Please continue to hold us to those standards.”

Related: ‘I serve as an example of what is possible’ — Top-ranking Black Army leaders reflect on their battles with racism

Update: This post has been updated to include service information for John Walter Miles.