Three former U.S. Army soldiers convicted of a racially motivated murder they say they didn’t commit have been set free... 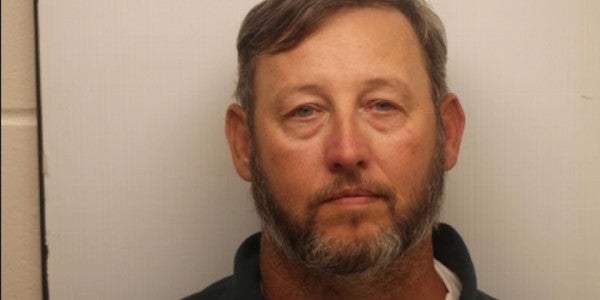 Three former U.S. Army soldiers convicted of a racially motivated murder they say they didn’t commit have been set free on bail after spending more than 25 years behind bars, The Associated Press reports.

Mark Jason Jones, Kenneth Eric Gardiner, and Dominic Brian Lucci were stationed at Fort Stewart in Georgia when Stanley Jackson, a black man, was fatally shot in Savannah on the night of Jan. 31, 1992. The soldiers, who are white, were in Savannah at the time for an impromptu bachelor party for Jones, who was set to marry the next day. They were arrested hours after Jackson’s murder and sentenced to life in prison later that year. All three were in their early 20s.

Now in their mid- to late 40s, Jones, Gardiner, and Brian were released from prison on Dec. 20 after a Savannah judge set bail at $30,000 apiece. The AP reports that the men plan to head home to spend the holidays with their families.

One of the men’s lawyers, Peter Camiel, told the AP that the trio shouldn’t have ever been charged — “let alone convicted” — of Jackson’s murder, echoing a chorus of supporters who have long pointed to a lack of evidence and conflicting witness testimonies as proof that Jones, Gardiner, and Brian were victims of a miscarriage of justice. Centurion Ministries, a nonprofit organization that works to free innocent people, took up the case in 2009.

Jackson was gunned down on a street corner in a high-crime neighborhood of Savannah at around 10 p.m. on Jan. 31, 1992. An eyewitness, James White, testified at trial that he saw Gardiner and Jones leaning out the windows of a 1992 Chevrolet Cavalier and shooting at Jackson. Later, however, White admitted that he hadn’t had a clear view of the shooters and was pressured to identify them as the soldiers.

The Georgia Supreme Court — which previously upheld the mens’ convictions — ruled last month that they were entitled to a new trial because prosecutors had improperly withheld evidence that would have helped their defense. The three were convicted in November 1992 of malice murder and possession of a firearm during the commission of a crime and sentenced to life in prison plus five years, according to the AP.

The state Supreme Court noted the absence of police records that showed officers had been notified of another racially motivated incident involving “white men with military style haircuts and semi-automatic weapons” that occurred about three hours after Jones, Gardiner, and Brian were arrested. A witness said those armed men had driven through a housing project threatening “to shoot blacks who hung out on street corners.”

Casting further doubt on the original verdict was the timeline of events. The trio spent the evening of Jan. 31, 1992, at a rehearsal dinner in Hinesville for Jones’ wedding and left in a car for Savannah between 9:15 or 9:30pm. It’s a 50-minute drive, which the Georgia Supreme Court determined indicates the men were still en route to Savannah at the time of Jackson’s murder. Additionally, as the AP notes, “no gun, casings or gunshot residue were found in the car.”

Another key witness was a female Army officer who testified that Jones had told her earlier in the day of the murder that he was planning to shoot “a black guy” in Savannah that night. She said the conversation took place at Fort Stewart; however, according to Camiel, Jones wasn’t even on base that day because he was on leave for his wedding. The accusing officer’s story also changed several times.

Prosecutors have not yet said if they plan to retry the case. Camiel told the AP in November that the defense is prepared to keep fighting, but that a retrial “would be a terrible decision.”

“These guys have been in custody for so long,” he added. “It’s time to send them home.”