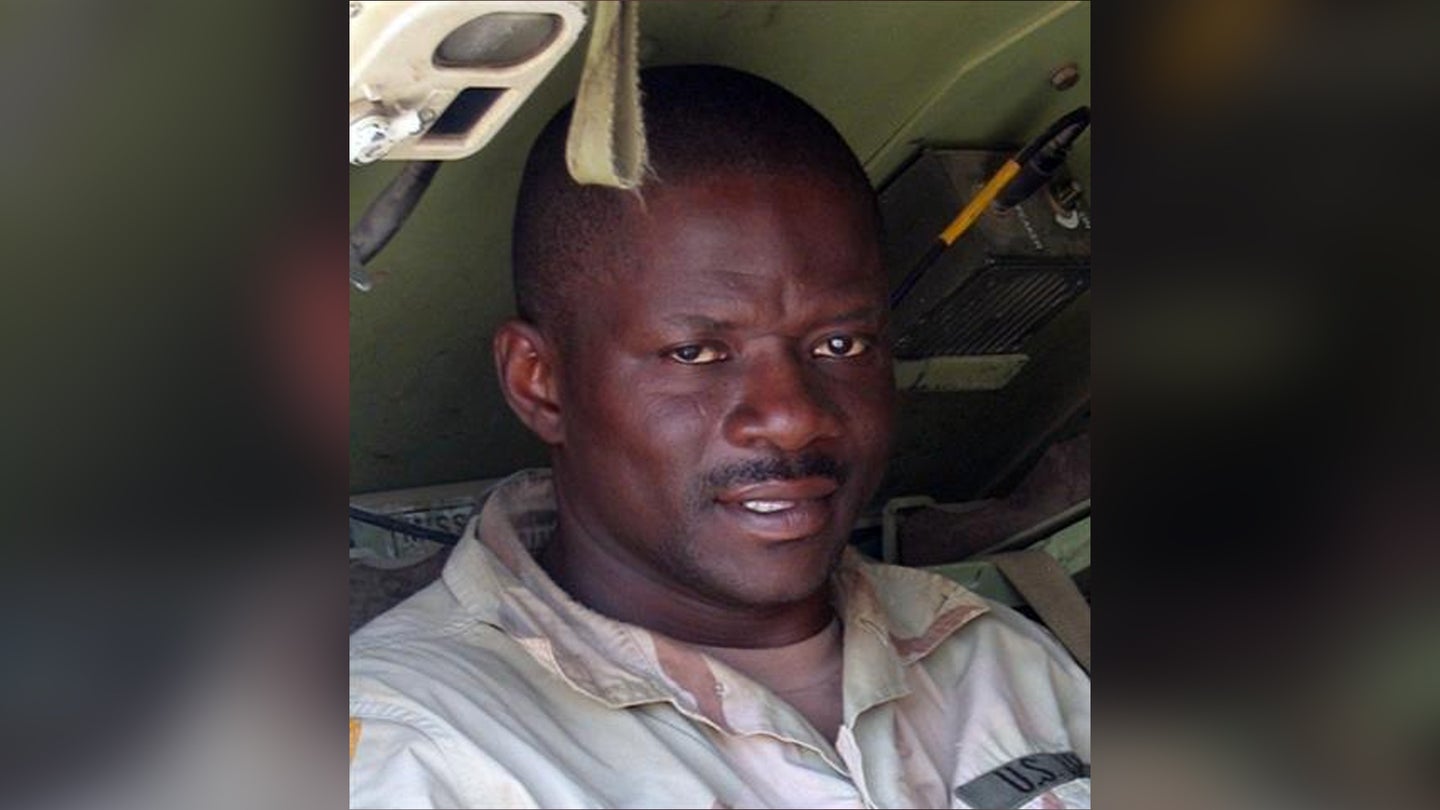 It’s been over 15 years since Army Sgt. 1st Class Alwyn Cashe walked through fire to save his soldiers in Iraq — burning his body in the process and ultimately sacrificing his life for theirs — but for those fighting to see Cashe posthumously awarded the Medal of Honor, the wait isn’t over quite yet.

The White House team coordinating on the official announcement for the Medal of Honor determined on Friday that a potential ceremony wouldn’t come until after the inauguration on Jan. 20, two defense officials confirmed to Task & Purpose.

Kasinal Cashe White, Cashe’s older sister, also told Task & Purpose that while she hasn’t heard anything official from the Trump White House, it has been indicated to her that things have been postponed until after the inauguration. The White House did not provide a comment for this story.

The delay comes days after supporters of President Donald Trump gathered in Washington, D.C. and stormed the U.S. Capitol, an event which left at least five dead, including a member of the U.S. Capitol Police force who was a National Guard veteran.

While no plans about a ceremony had been solidified, a defense official told Task & Purpose last week before the riots at the Capitol that an announcement from the White House about the Medal of Honor ceremony was expected to come on Friday. One of the defense officials on Friday said the White House team did not provide any reasoning for why the potential ceremony was being delayed.

The fight to get Cashe’s Silver Star upgraded to a Medal of Honor has been a years-long effort — one his supporters saw as finally nearing the finish line after Trump signed a waiver in December dismissing a requirement the medal be approved within five years of Cashe’s heroic actions.

And heroic is exactly what Cashe’s actions were. While conducting a route clearing operation in Iraq on Oct. 17, 2005, Cashe’s Bradley Fighting Vehicle hit an improvised explosive device which “ignited the fuel cell on the vehicle causing fuel to spew everywhere,” according to his Silver Star citation.

Cashe, who wasn’t seriously injured in the blast, became drenched in fuel. Despite that, and despite the vehicle quickly becoming engulfed in flames, Cashe helped evacuate the six soldiers who were still stuck inside.

“Without regard for his personal safety, Sergeant First Class Cashe rushed to the back of the vehicle, reaching into the hot flames and started pulling out his soldiers. The flames gripped his fuel soaked uniform. Flames quickly spread all over his body,” reads the citation for Cashe’s Silver Star award. “Despite the terrible pain, Sergeant First Class Cashe placed the injured soldier on the ground and returned to the burning vehicle to retrieve another burning soldier; all the while, he was still on fire.”

He went back to the burning vehicle three times to retrieve his soldiers. Ultimately, 10 soldiers were injured and the squad’s translator had been killed. Cashe’s injuries were the worst, the citation says — he sustained second and third-degree burns on 72% of his body as a result of his actions.

Despite those injuries, Cashe “refused to be loaded onto a medical evacuation helicopter until all the other wounded men had been flown,” according to The Los Angeles Times.

Cashe died weeks later in Nov. 2005 at a military hospital in San Antonio, Texas. Kasinal Cashe White, his sister, recalled to the Times that she stayed at her brother’s bedside while he was in the hospital, and the first thing he asked when he was able to speak was, “How are my boys?” He then broke down in tears, saying he “couldn’t get to them fast enough.”

White told Task & Purpose on Friday that she hopes the next administration moves quickly to finalize the Medal of Honor for her brother, but after waiting so long, she’s okay with waiting just a little bit longer if it means seeing this through.

“I’ve waited 15 years, and according to my doctor … I’m healthy as a horse,” White said. “So I’m going to go with that, I’ve got a little while longer to hold on.” She joked that she’d give the Biden administration 24 hours after the inauguration to “get settled in,” but then they can expect to start hearing from her.

“I’ll give [then-President Joe Biden and Vice President Kamala Harris] the 20th,” she laughed. “But on the 21st, I’ll start making calls.”