Paul Szoldra first started as a columnist at Task & Purpose. Now, as of October 2018, he’s the site’s editor-in-chief.... 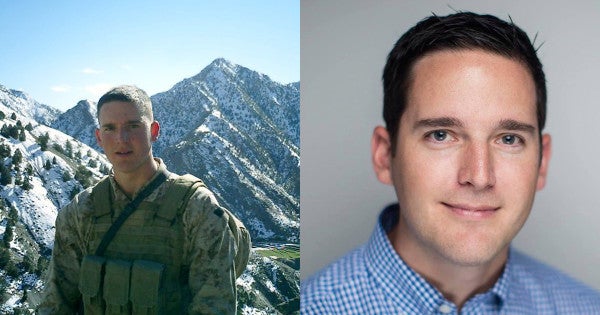 Paul Szoldra first started as a columnist at Task & Purpose. Now, as of October 2018, he’s the site’s editor-in-chief.

So who is he? He’s a Marine infantry veteran who served for eight years after 9/11 — everywhere from Okinawa to Afghanistan. From there, he went to college on the GI Bill and began his journalism career at Business Insider. And he’s also known for founding Duffel Blog and for helping get We Are The Mighty off the ground.

But how does he approach his job at Task & Purpose? And where does he see the site going forward?

ScoutComms decided to find out.

ScoutComms: How have your life experiences informed your role as Task & Purpose’s editor-in-chief?

Paul Szoldra: The reason I got into journalism comes from a journalism mess-up that I witnessed firsthand. I was at Jalalabad Airfield in Afghanistan when Newsweek published a story in May 2005 about guards at Guantanamo Bay placing the Quran on the toilet. This set off protests and riots around the Muslim world, including Afghanistan. At Jalalabad I could see burning tires outside the gates and you could hear people screaming, and we were told to be prepared for a direct attack on our base. To my knowledge, all of the Marines were told that we couldn’t go outside the gate.

Fortunately, nothing happened directly to us but I read a news story later that evening that was on Fox News, and it quoted somebody from Afghanistan saying that three civilians were shot and killed during a protest outside of Jalalabad Airport, and they said that U.S. Marines had opened fired on the crowd. I was reading that, and I was there and I know exactly what happened, and I thought, “There’s no way a Marine shot those people because I am those Marines.” I just remember being so upset by the Newsweek story that turned out to be false, and furthermore by the supposed allegation on Marines that fired into the crowd, which also proved to be untrue.

That taught me that journalism — especially when it comes to national security — can have serious consequences in the real world. I took that lesson with me as I became a reporter and editor, and I always consider how the news can ultimately affect the junior enlisted on the ground. That was kind of the experience that taught me that this is tough work and made me want to learn it, to understand it, and ultimately to get those stories right and get them told accurately.

PS: I think that Task & Purpose is at its roots a scrappy military blog, comprised primarily of ex-military types turned journalists, and I find that to be very valuable.

It gives us an incredible perspective into the military and how the military operates. It gives us insight and access to sources who wouldn’t talk to other people but are happy to talk to us. There are a lot of great military journalists out there and there are good military-focused publications out there doing similar work to Task & Purpose.

But I feel very strongly that Task & Purpose is one of the most well-positioned military news websites in the space. We have a team that punches up often and well above its weight. We’re super-fast in getting stories out that we think are important, and we also have organizational focus on telling the stories that are not necessarily “general X says something” stories.

I always ask my guys when they are writing or pitching a story, does a specialist in the Army or lance corporal in the Marine Corps care about this story? We’re focused on covering the active duty military space and the younger veteran crowd.

SC: What has changed for you in going from being a reporter to being an editor?

PS: I don’t think anything has changed. We’re a small team, so I am in more of a player/coach kind of role. I’m reporting and editing, and throwing out tips to my journalists. If they aren’t totally 100% on something, I will reach out to my sources and try to help them get the answer.

There’s not an editor/reporter wall; we just work together to get the stories told in an accurate and expeditious manner.

SC: Do you think you have an editorial philosophy?

PS: My editorial philosophy is to find and tell the stories that actually matter — that are actually going to move the ball down the playing field. I don’t want to focus on the larger things and miss the smaller things that are much more important. I have a quote from C.J. Chivers of The New York Times on my monitor and I look at it regularly.

If you want to boil down my editorial philosophy, it kind of encompasses this quote: “We’ve all faced editors who make clear that a story of what befalls one human being, particular of low station, is not news, and then been asked to cover ‘principles’ or the like. This urge to know the top and shrug at (the human beings at) the bottom is how we miss the wars.”

SC: What are your favorite Task & Purpose stories?

PS: A couple of stories stick out to me from recent memory, and they’re not totally crazy serious ones.

“That was really funny that James got him to open up like that.”

“It was devastating. A day or two later the Vietnam Veterans Memorial Fund cancelled the project.”

“His headline was excellent framing. It shows there’s a mix at Task & Purpose between the serious and the fun. I categorize it as stories that people need to know and what people want to know.”

SC: Why should companies be hiring and marketing to veterans?

PS: Veterans are an incredibly valuable demographic to advertisers, employers, you name it. It’s not surprising that there are all these veteran jobs, hiring initiatives, and nonprofits dedicated to helping veterans.

The bottom line is that veterans make great employees because we know how to get the job done and we’re all about mission accomplishment. I think veterans are valuable in the workplace, and more companies should be looking into hiring them if they are not already doing so. As far as Task & Purpose, that’s our audience that we built and that’s who we really try to go and win over every single day.