Ben Longworth enlisted into the Navy Sonar Technician program in 1978 and served for six years. He chose the field because it would give him experience in mechanical, hydraulic, and electronic systems. Longworth still uses that machinery experience as an Electrical Superintendent at CHS Inc., a Fortune 100 agricultural and energy company 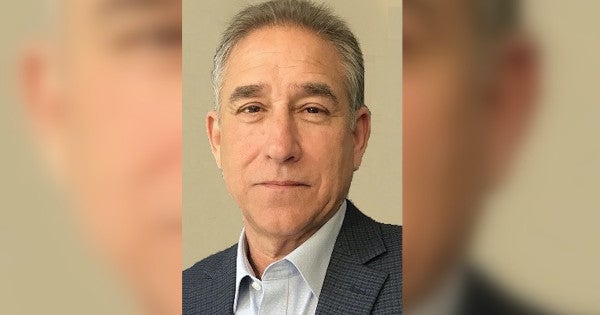 Editor's Note: The following story highlights a veteran at CHS Inc. committed to including talented members of the military community in its workplace. CHS Inc. is a client of Hirepurpose, a Task & Purpose sister company. Learn More.

Ben Longworth enlisted into the Navy Sonar Technician program in 1978 and served for six years. He chose the field because it would give him experience in mechanical, hydraulic, and electronic systems. Longworth still uses that machinery experience as an Electrical Superintendent at CHS Inc., a Fortune 100 agricultural and energy company.

Longworth said he “loved being in the military, but it was tough on a young family.” Sonar positions were always fleet-oriented, so after getting married and having two children, he transitioned out. In 1984, there wasn't much to the GI Bill. Longworth left with technical training but no educational experience.

When searching for jobs, Longworth focused on his training and experience in electronics and automated systems. He first worked in industrial instrumentation in the offshore oilfields of Louisiana. Later he took a job as an Instrumentation and Electrical Technician for a food processing and packaging company. Longworth eventually became the Maintenance Manager. He went from a four-man maintenance department to overseeing 28 technicians and an office staff. At this job, Longworth said, “I was lucky to take a lot of certification classes and college courses that they paid for so I could get the training I needed.”

Since 2006, Longworth has been working at CHS. He was attracted to the company because “it has a high level of industrial automation and a well-maintained electrical system.” CHS is currently launching a Lean Initiative. Longworth's terminal in Myrtle Grove, Louisiana is leading the way. The Lean philosophy focuses on employee development and continuous improvement to solve problems and eliminate waste. Longworth explains, “this is accomplished through standardized practices. Management has encouraged an atmosphere of trust, transparency and teamwork like no other organization that I've been a part of since the U.S. Navy.”

Lean philosophy encourages efficiency and teamwork in the workplace. Longworth has noticed many improvements since it was implemented. “Lean does away with the 'this is how we've always done it' philosophy and allows room for improvement. You can't implement Lean in an environment where everyone is suspicious. If we gain efficiency, it has to lead to improved productivity, not fewer jobs. People can work towards efficiency even to the point of eliminating their own jobs, because they know they will be used somewhere else. With an atmosphere of trust, there's no dumb question or chastising a new idea.”

At first glance, the military would seem to be the opposite of Lean. It's the ultimate top-down organization. But Longworth claims military training prepares veterans to manage a Lean environment. “In the U.S. Navy I learned foundational principles that apply to Lean. Foremost was the emphasis on putting the good of our people above all. Everyone was encouraged to set high goals and systems of training. Coaching was in place to help individuals achieve those goals. I was taught that a team is only as strong as its weakest member, and it is the mission of the team to bring everyone to a high level of training. Problems were solved at the lowest level. Standardized practices were developed for every task and function.”

Like the military, Lean unites people in teams. Longworth says the Lean philosophy “helps people build relationships, which benefit the company through reduced waste. When one person is weak, you complement each other to build up the team. You get cohesive tight-knit groups in the military, and I see that here too.”

Because of the similarities between military training and the Lean philosophy, veterans are uniquely prepared to handle management roles at companies like CHS that are implementing Lean principles. Lean provides numerous benefits, and Longworth says he can already see those at his location. “There was a significant divide between the company and union employees. Now we have involvement from union personnel and hourly company positions in team building and working towards standardization. The most exciting thing is seeing young talent emerging. Everyone is listened to and respected.”

This team atmosphere makes CHS a comfortable environment for veterans. CHS encourages prior military to apply for jobs with their veteran hiring initiative. According to Longworth, “CHS core values of integrity, cooperation, inclusion and safety make this company an attractive place to work. Veterans have protected rights and benefits here. This is a large company that is a co-op with farmers. Their values translate through the whole company, to be a family.”

Longworth encourages veterans beginning their job search to “do research and learn as much as you can about the type of job you're asking for. Before you transition out, take any courses you can.” He also notes there is a language gap which makes it difficult to translate skills, so veterans should try to “speak civilian. If you go to a job interview throwing out military acronyms, that doesn't sound impressive to them.”

Instead, veterans should focus on their discipline and leadership skills that are more appealing. Longworth says, “I still use my military skills when leading teams. Morale is foundational to leadership. It means you produce a consistent and fair workplace environment. Rules must be applied evenly. People have good morale when they understand the rules.”

To learn more about available jobs at CHS, visit its career site.