Editor's Note: The following story highlights military spouses atEnterprise. Committed to including talented members of the military community in its... 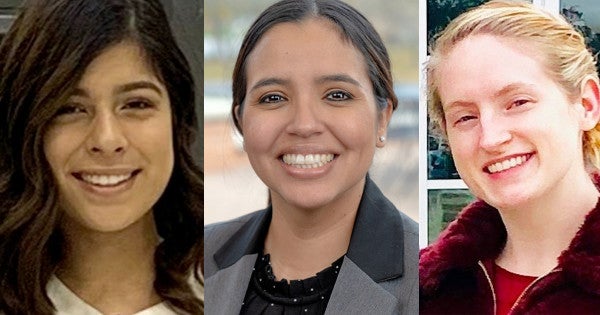 Editor's Note: The following story highlights military spouses atEnterprise. Committed to including talented members of the military community in its workplace, Enterprise Holdings is a client of Hirepurpose, a Task & Purpose sister company.Learn more here.

One of the biggest challenges in joining your loved one at duty station after duty station is pursuing your own meaningful career. Any military spouse can tell you that. Often just as you're poised for promotion, duty calls. You may find yourself in a new part of the country (or the world) with meaningless credentials and no professional contacts.

“Throughout our different assignments, I witnessed other military spouses who would essentially have to restart every time they would get to a new duty station,” says Bilita Shelton, whose husband was an Air Force intelligence analyst for 20 years. “I did not have to do that. I never took a step back. And I've had a very successful career as a result of it.”

What made Shelton's experience different? She works for Enterprise Holdings, parent company of Enterprise Rent-A-Car, Alamo Rent A Car, and National Car Rental. With over 10,000 locations in more than 90 countries around the world, Enterprise illustrates the definition of career mobility for Shelton and thousands of others.

And military spouses have begun passing the word that Enterprise is a military-friendly place to work. Army wife Sharon Arteaga recalls renting a car from Enterprise on her first day in Fairbanks, Alaska, when the military spouse behind the counter told her about potential careers at Enterprise. Despite having an interview set up with another company, Arteaga decided to look into Enterprise. The Enterprise interview experience made her job decision easy.

“Every single person in that office,” she says, “including my branch manager, was military-affiliated.”

Arteaga began her Enterprise career in the Management Training Program, which she describes as “one of the best experiences of my life.”

“I have never worked for a company that invests in their employees the way Enterprise does,” Arteaga says. Enterprise offers its employees so many different career opportunities and the training they need to take on those new challenges.”

After two years and three promotions at Enterprise, Arteaga is the assistant manager at the Fairbanks International Airport branch. The Enterprise model of training and promoting from within goes all the way up the ladder: Enterprise's current CEO, Pam Nicholson, also began her career as a management trainee.

“Our senior leaders are very involved, and that's something I've never really seen with any other company,” Arteaga says. “My regional manager motivates me to do more than I would have on my own. The fact that someone at that level cares about what I need, that's very important to me.”

Training and Mentorship in South Texas

Shelton's days as a management trainee are far behind her. After being promoted 14 times during her career at Enterprise, she is now the group talent development manager for South Texas. She develops and implements training programs for management trainees like Claire Tillman, a Navy wife in Houston.

Tillman discovered Enterprise's Management Training Program at a university career fair. Amid a sea of potential employers, Enterprise's willingness to give her nine to 12 months of hands-on training before she stepped into a management role made the company stand out. Of her six months in the program so far, Tillman says her greatest resource has been the wisdom of her superiors.

“It's not just my manager that I can reach out to,” Tillman says. “I can reach out to anyone with questions like, 'Hey, so what did you struggle with?' Or 'What's your advice on this?' And I think that's cool that they're so open to really helping you out.”

Enterprise has an open door policy, that anyone in management is available and approachable.

Despite its size, Enterprise Holdings continues to be owned and operated by the family of founder Jack Taylor, who was a World War II Navy pilot. Enterprise continues to operate on his “Founding Values,” which Shelton says are the key to what's special across Enterprise.

Arteaga says she and her husband have spent many weekends, workplace outings, and holidays with her “work family.” She says that her coworkers ask how she is doing daily while her husband is deployed, and that her management has been “extremely flexible” when she needs time off.

“I've had two bereavement leaves in the past year, and they went above and beyond,” she says. “My branch manager called me almost every day to ask me, 'Hey, how are you doing? Is everything ok?' They wanted to make sure I was ok first.”

In addition to creating a welcoming and flexible work environment for military spouses and veterans, Enterprise also honors Taylor's service in the armed forces through a number of military hiring and philanthropic initiatives.

The Enterprise Rent-A-Car Foundation, the philanthropic arm of the Enterprise-Rent-A-Car brand, has committed millions of dollars to the Fisher House Foundation – a nonprofit organization that provides no-cost lodging to the families of veterans receiving treatment at military medical centers.

“Employees attend most of the Military Spouse Employment Partnership, Hiring Our Heroes, and Department of Defense hiring events at a local level,” says Pam Webster, Assistant Vice President of Talent Acquisition at Enterprise. “Many of our local teams also have annual Veterans Day events to honor employees who have served. Our local HR teams also provide custom branded giveaways to our veterans and members of the military to commemorate their service, such as challenge coins, hats, and keychains.”

Webster also notes that many Enterprise operating groups have formed employee resource groups for service members, veterans, or military spouses. Enterprise also supports reservists by sending care packages and paying a salary differential while they are called to active duty.

“I would absolutely tell them it's definitely the best decision they can make for their career,” she says. “It was very comforting and reassuring to know that you can have a successful career with a great company that's going to take care of you while you are supporting your spouse in the military.”