U.S. senators demanded accountability for slum-like housing conditions on military bases across the country Thursday, with one calling for a criminal investigation of private landlords granted vast power over tenant housing. 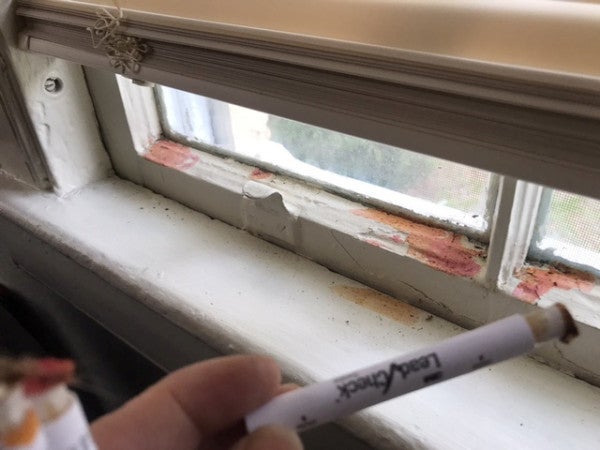 WASHINGTON (Reuters) – U.S. senators demanded accountability for slum-like housing conditions on military bases across the country Thursday, with one calling for a criminal investigation of private landlords granted vast power over tenant housing.

“There are clear indications of fraud,” Connecticut Senator Richard Blumenthal said during a Senate Armed Services Committee hearing, drawing applause from the crowd. “I would recommend that these issues be referred to the United States Department of Justice.”

Blumenthal did not offer details during the hearing. Yet other senators described military families being charged questionable fees or being sickened by dangerous housing conditions. Last month, a survey ofmilitary families found deep dissatisfaction, countering a far rosier picture of tenant satisfaction presented by private contractors managing base housing.

During Thursday's hearing, the secretaries and chiefs of staff overseeing the Army, Air Force, Navy and Marines told Congress of the steps they are taking to resolve escalating complaints of substandard housing. The Senate hearings were prompted by a Reuters investigation detailing health and safety concerns afflicting base housing, and describing how military families are armed with few rights to challenge powerful private industry landlords.

On the eve of the hearing, the military branches unveiled a proposed tenant bill of rights that aims to hold private landlords more accountable for health and safety hazards. The branches are now conducting inspections nationwide.

“We are going to have to keep our boot on the throat of the underperforming contractors,” said Air Force Chief of Staff General David Goldfein.

But under committee questioning, the service secretaries acknowledged they are still working out the fine print of the bill of rights, including how the protections will be enforced. One major hurdle: The services plan to renegotiate their 50-year contracts with landlords hired under the military's privatization program.

When the military began privatizing its housing in the 1990s, branches teamed with real estate firms who took responsibility for managing more than 200,000 family dwellings on bases. The partnerships receive nearly $4 billion in annual rent payments.

“In the whole Bill of Rights, it will not work, it will be a puff piece, unless we link that into the agreements” with the companies, Secretary of the Navy Richard Spencer told senators.

The Navy and Army are pushing to renegotiate the fees paid to private real estate firms, some of which are based on performance. Private operators did not testify Thursday, but in interviews, and in hearings last month, said they are committed to fixing flaws.

The full cost of housing remediation has yet to be determined. Senators said they want contractors to pay. “By no means will we bail the contractors out and pass along the costs to the taxpayers,” said the committee's chairman, Senator James Inhofe of Oklahoma. “That's not going to happen.”

Senator Thom Tillis of North Carolina attacked the practice of housing operators using non-disclosure agreements to silence service members from speaking out. “Over the next 30 days I want to see every damn one of these canceled, unless you want to walk into my office with a housing provider that thinks it's a good idea,” Tillis said.

Also Thursday, senators Dianne Feinstein and Kamala Harris of California, along with Mark Warner and Tim Kaine of Virginia, pressed for action beyond the measures proposed by military leaders.

Citing the Reuters series, the four introduced a bill that would require military officials to conduct stringent oversight of private landlords and ensure health hazards are addressed to the satisfaction of residents. Among other steps, the bill would force base commanders to withhold rent payments until amilitary housing official and the resident confirm health and safety threats were remediated. The measure also calls for the Secretary of Defense to withhold incentive fees from any contractor who persistently fails to remedy hazards.

“Unfortunately, many living in private military housing are dealing with hazardous conditions with little or no recourse,” Feinstein said. “Our legislation would fix that.”

After the hearing, Air Force spouse Janna Driver said fixes have not come easily. Last month, Driver told Congress that while living on an Air Force base in Oklahoma, mold caused health problems, forced her family to vacate and left them $40,000 in debt.

Driver told Reuters the military seems closer to fixing the problem, but that she was disappointed by how much more work remains. “I think we have a long way to go,” Driver said.