"What I don’t want to do is promise a right that I can’t deliver on," Secretary Esper said on Wednesday. 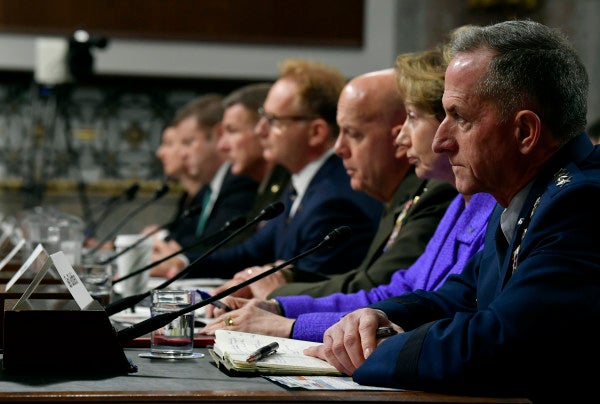 On Tuesday night, the Defense Department finally released its long-awaited Tenant Bill of Rights, a set of expectations that are meant to safeguard military families from being taken advantage of by privatized military housing providers.

Signed by Defense Secretary Mark Esper and each of the service secretaries, the document lays out 15 rights to service members and their families, all of which are to be in place by May 1, 2020.

Among those 15 are the rights to a briefing before signing a lease and 30 days after moving in; to live in a home with working appliances and utilities; to be able to report issues without facing retaliation; to have an electronic system that will allow tenants to track the progress of a submitted work order; and others.

But at the end of the document, leadership identifies three key elements identified in the National Defense Authorization Act that haven’t yet been fleshed out: giving tenants access to a house’s maintenance history, the ability to withhold rent until housing disputes are resolved, and a process for dispute resolution.

On Wednesday, Esper was asked about those missing provisions in a House Armed Services Committee hearing by Rep. Kendra Horn (D-Okla.), who called those points three of “the most critical” rights that the Pentagon could afford to service members and their families.

Esper told Horn the department will “require more assistance” to get those rights sorted out.

“In these cases, the reason why we can’t act unilaterally is because there are legal contracts between DoD and the [Military Housing Privatization Initiative] companies with regard to that. We have a pathway on some of these to move forward to find a mutually agreeable way to meet the intent, the spirit — if not the letter of the law,” Esper said. “But I think we’re going to have to come back and work with you all as well to assist us …. What I don’t want to do is promise a right that I can’t deliver on.”

A defense official explained to Task & Purpose some of the concerns that have made those three points an issue. In the instance of providing maintenance history, for example, the department and the companies are negotiating how far back maintenance history should go, and what that should look like — such as a summary, or a detailed list. They’re also trying to work through the logistics of rent withholding, the official said.

Aside from those gaps, the document is filled with vague language.

For example, the first right listed is that of the tenant to live in a home “that meets applicable health and environmental standards,” but the document does not specify what those standards are or where they are drawn from.

In addition, the fifth point of the document argues for tenants to have “sufficient time and opportunity to prepare and be present for move-in and move-out inspections,” though it doesn’t specify what a “sufficient time” would actually look like.

Those specifics likely haven’t been worked out yet either, since the Tenant Bill of Rights does give the services until May 1 before the enumerated rights must be fully implemented.

The NDAA also gave the Pentagon lengthy timelines before leadership would have to report back on specific processes and systems. In one section of the legislation, Congress gives the Secretary of Defense until Feb. 1, 2021 to “establish and implement a uniform code of basic housing standards for safety, comfort, and habitability for privatized military housing.”

In another section, the legislation says the Secretary of Defense has 180 days from the day the NDAA was signed into law (Dec. 20, 2019) to have developed “a process to identify, record, and resolve environmental health hazards in housing.”

At least one thing is clear from the document: the conversation about what needs to be done to help military families living in privatized housing is far from over.

We’re looking to hear from service members and their families regarding challenges you’ve faced with privatized military housing. If you wish to contact us discreetly, please email Haley Britzky at haley@taskandpurpose.com, or haleybritzky@protonmail.com.