Walmart to take veteran hiring programs to the next level

Brynt Parmeter spent almost 27 years in the Army, including time at West Point. After nearly six years in the private sector in Silicon Valley, he was named Walmart's new Senior Director of Military Programs in October, and he has big shoes to fill 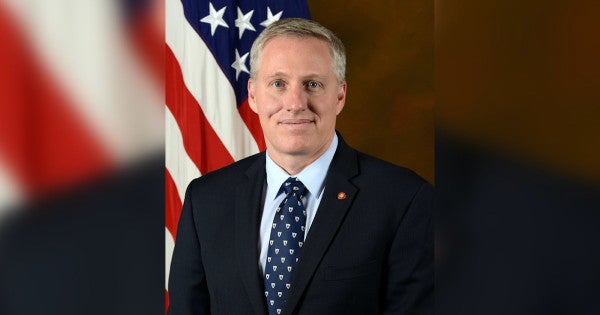 Editor's Note: The following story highlights a veteran at Walmart which is committed to including talented members of the military community in its workplace. Walmart is a client of Hirepurpose, a Task & Purpose sister company. Learn More.

Brynt Parmeter spent almost 27 years in the Army, including time at West Point. After nearly six years in the private sector in Silicon Valley, he was named Walmart's new Senior Director of Military Programs in October, and he has big shoes to fill. His predecessor, Gary Profit, spent years building up Walmart's military programs to address the issue of veteran unemployment. The program added thousands of new jobs for veterans and military spouses. Now Parmeter is excited to take the program further.

Parmeter and his team are ready to lead Walmart into the next stage that is immersed in the future of work and the future of retail. Doing so will benefit Walmart, their associates and customers.

“I'm coming in at the most amazing time since the future is ripe with so many opportunities. The team has developed phenomenal tools and an approach that solved the right problem and the right time which was primarily unemployment among the military community of interest. However, we now have both the opportunity and obligation to evolve our focus on a new set of circumstances,” states Parmeter.

As Walmart looks to the future, several considerations come to mind. First, the company will need to remain focused on continuing its foundational efforts around employment of veterans and military spouses. “We're approaching 250,000 veterans hired in the last six years and hired 14,000 military spouses in 2019. This commitment will continue to grow in the years ahead,” remarked Parmeter. “To better engage, support, and empower our veteran and military spouse associates we will be expanding our programs in the areas of education & training and health & well-being after they've joined the Walmart team.”

Second, is sorting through the considerations around the Future of Work and the Future of Retail as it relates to our Military Programs. “Moving into the future, we want to harness the technological savvy that the military community brings to the table,” remarked Parmeter. “This will not only ensure we have the right quantity of people who are comfortable with the workplaces of the future but also results in increased retention, decreased turnover, and improved employee growth and satisfaction.”

Finally, the Walmart Military Programs team will continue to leverage an incredible array of partnerships and relationships with other like-minded organizations. “I'm thrilled to work with our wide range of partners both in Walmart, and across government, industry, education, and in the philanthropic space,” states Parmeter. “These will be essential to our collective success over time.”

Parmeter says the new approach will not change Walmart's commitment to hiring veterans and military spouses. “We want to take a look at where Walmart is going as a business and ensure that our military programs align with and are integrated with the future of work and the future of retail in a very qualitative way, both in the recruitment and hiring process, and for the life cycle of the employee once they are on the team.”

The mission is personal for Parmeter, who watched his wife start a new job every time they moved. He knows military spouses are a talented and often untapped population that has a lot to offer large corporations like Walmart. He says, “spouses are capable of rapidly adapting to their environment. We hired 14,000 in a year, so let's get them in the best job for Walmart and in the best positions for their incredible range of skill sets.”

As a veteran, Parmeter knows Walmart's culture is a great environment for anyone who has served because of the shared values. He says, “the longer you're in , the more you're ingrained with values like integrity, personal service and respect. In the civilian sector, you see that some companies hold those values better than others. Walmart does it really well.”

Veterans bring unique skills to the workplace, which Parmeter believes benefit Walmart. Regardless of their military occupational specialty, veterans learn to solve unfamiliar problems. “In the business world, you need to focus and use your team and resources. This is exactly what you do in the service. You learn to scan your environment and provide solutions that are contextual to that environment. Most people, including veterans, don't realize they bring that set of skills to the table. It's difficult to translate that to a recruiter,” shares Parmeter.

To translate military skills onto a resume, Parmeter encourages veterans to focus on concise action words free of military jargon. “Use phrases like 'daily demonstrated capability to solve unfamiliar problems' or 'developed workflows, planned and delivered results' so civilians can have a discussion about your skills,” says Brynt. “Focus on team building skills: the ability to blend and organize people around a task. You learn that in the military, and it is desperately needed in the private sector.”

Parmeter has three pieces of advice for veterans transitioning out of the military. First, he pushes them to get out of their comfort zone. “You need to have conversations with more people. You can't ask senior military leadership for advice on getting out, because they haven't done it. Find family, friends, or a mentor. Hang out at their place of work to see what it's like in the private sector,” shares Parmeter

Secondly, he encourages veterans to get more comfortable taking risks. “The military can become a security blanket, creating an environment with low ceilings and high floors. You only get promoted on schedule, and if you screw up you don't fall very far.” He says that veterans need to take risks getting into environments with high ceilings and low floors so they can solve a wider variety of problems. “Stress and commitment force you to figure things out,” he adds.

Finally, he shares that service members should start the process early. “You don't have to figure out the rest of your life, just the next step. We sacrifice a lot of ourselves in the service. Those sacrifices are deposits into an account. It's ok to make withdrawals in the time leading up to the end. Take a class, learn new terminology, visit other companies. The military is going to keep demanding your time as long as you're giving it. When you leave, they will move on to someone else. You need to focus on yourself and your future. You will regret it if you don't.”