With an estimated 200,000 service members exiting the military in the United States annually, post-service career placement is a critical issue. One of the biggest obstacles veterans face is translating their military skills for a civilian job market 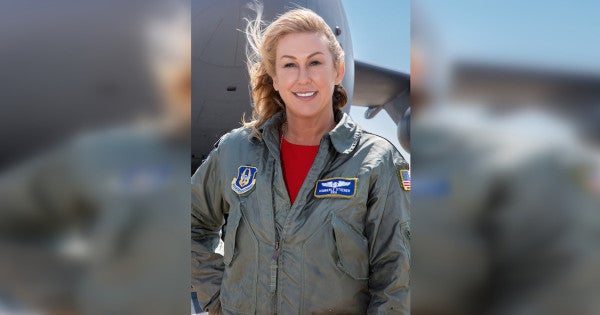 Editor's Note: The following story was authored by Robert Half and highlights a veteran atRobert Half.Committed to including talented members of the military community in its workplace, Robert Half is a client of Hirepurpose, a Task & Purpose sister company. Learn more here.

Like many veterans transitioning from a military to a civilian career, Kimberly Stiener-Murphy was at a crossroads when she left the Air Force. She hadn't planned for what's next after her service to our country — something, in retrospect, she wishes she had done. She struggled for months to find a new career path. She considered applying for a job as a prison security guard. She also thought about going back to college using the GI Bill.

With an estimated 200,000 service members exiting the military in the United States annually, post-service career placement is a critical issue. One of the biggest obstacles veterans face is translating their military skills for a civilian job market.

Stiener-Murphy ended up landing a sales job at the Sacramento Bee, which lasted about a year. She then found her way to a rewarding recruiting career at global staffing firm Robert Half.

That was more than 20 years ago. Now, a regional vice president in Sacramento, she's a rising star within the company. More importantly, she hasn't forgotten where she came from.

Stiener-Murphy now assists other veterans in navigating the civilian job search maze. This includes, critically, helping businesses understand why former servicemembers — with their skill sets, leadership background, camaraderie and work ethic — make excellent employees. It's a middlewoman role she is grateful for on a daily basis.

To be clear, her full-time job isn't working with veterans — she oversees a staff of almost 100 employees at Robert Half. But she's carved out a niche within the staffing industry as an expert on the topic. She volunteers with organizations such as Hire Heroes and Work for Warriors that help veterans with this process.

Stiener-Murphy, with her two decades' experience in leadership, recruiting and sales, knows how to make the system work for both the candidate and the hiring firm. She's developed a thumbnail marketing strategy that benefits both sides.

“When I have a former military candidate, we look for companies that are not only a good organizational culture fit but also with managers some of whom may be previous veterans. Veterans like veterans — it's a fact.”

She adds, “The military is a close-knit organization. It feels like you're working with your brothers and sisters. You face life and death experiences together. Not many people get to experience these types of situations.”

She says, “When you get out, there's a big disconnect. You want to feel that brotherhood again.”

She advises veterans making the transition to civilian careers to believe in themselves and learn how to communicate in a new language, and to avail themselves of the many networking opportunities available today.

“Coming into the field of recruiting, and realizing I can help veterans translate skills from military to civilian terms to put everything together, is very rewarding,” she reveals. “Most employers are eager to hire a veteran, but they struggle with the military skills and how they would be applicable in the civilian workplace. It's also up to the candidate to do their due diligence to translate their work history, using the resources out there — including mentoring, online military skills translators, career workshops and transition assistance — before separation.”

After they're shown the connection, all employers want what veterans have learned, Stiener-Murphy notes. “They want your work ethic and camaraderie and do-whatever-it takes mentality. I think the biggest learning curve for veterans transitioning to the civilian workforce is being able to share what they're good at with a civilian employer. When I think about the veterans I've placed, companies appreciate how these people are so entrepreneurial and willing to think outside the box to get the job done.”

Stiener-Murphy enjoys developing relationships with candidates and employers alike. Job seekers feel comfortable sharing their fears and doubts, which she respects with confidentiality. Employers know she understands their particular workplace culture and will send skilled candidates their way.

Looking back on her own experience, Stiener-Murphy says she was fortunate. While she still wishes she had planned ahead before separating from the Air Force, once back home she found a welcoming environment.

“I was well received within my community,” she recalls. “People who knew me were willing to help me. They knew I was a hard worker. They knew I had a great work ethic.”

While working at the Sacramento Bee in 1997, Stiener-Murphy met a woman who worked for Robert Half and encouraged her to apply.

“Once I figured out that I was going to do something with people, I was able to connect the dots,” she says. “My friends encouraged me to keep myself out there.”

Stiener-Murphy encourages veterans to plan ahead. Before exiting, seek out transition assistance, she advises. Also, reach out to organizations like HirePurpose. Create a LinkedIn profile and search for companies with veterans on their staff.

Stiener-Murphy is described by her peers and direct reports as accessible and approachable. She strives to maintain a positive work environment for her team to thrive. She adheres to the notion that all good leaders share the quality of being genuine in what they do, and with that comes loyalty from clients and colleagues. Her Sacramento team has enjoyed good business growth, and she has promoted many of them into leadership roles.

It's no wonder that the Sacramento Business Journal has for four years named Robert Half as a “Best Place to Work” — a testament to the positive work culture Stiener-Murphy has created for her teams.

“The great thing about being a recruiter is that we get to develop relationships with candidates and clients that encourages them to be honest with us,” she says. “We can have a transparent conversation with both sides. We appreciate what employers are looking for in candidates. We get to make matches that give everyone a leg up. There just isn't a better place to be working.”