Coast Guard To Struggling Families: Have You Considered Becoming A Dog Walker?

Coast Guard families struggling with trying to pay their bills since the government shut down has left them without pay were just sent a helpful tip sheet of ways they could earn extra money, such as holding a garage sale or walking the neighbor's dogs. 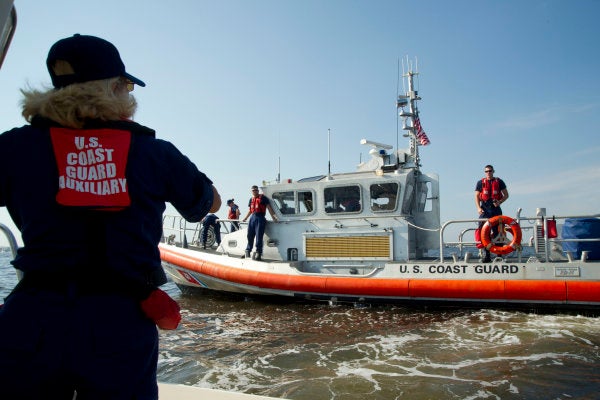 Coast Guard families struggling with trying to pay their bills amid a government shut down were just sent a helpful tip sheet of ways they could earn extra money, such as holding a garage sale or walking the neighbor's dogs. Well, that's nice.

First reported by Dan Lamothe at The Washington Post, the guidance titled “Managing your finances during a furlough” offered ways to supplement income for Coast Guardsmen right now, to include becoming a part-time babysitter, walking pets, or becoming a mystery shopper.

There is, of course, another way to supplement the income of the 10,000 or so members of the Coast Guard who are being screwed by this shut down: Reopen the government and stop using them as political pawns.

Coast Guardsmen were slated to not get paychecks at the end of December, but a last-minute workaround by the service's accounting wizards allowed it to pay everyone on time for Dec. 31. However, as it stands now, there's no guarantee they'll be paid next on Jan. 15, just days away.

As Lamothe notes, the document — which was posted online by the Coast Guard Support Program — was removed after the Post began asking about it. However, a search for that document's title shows similar guidance offered in a document from a company called App Risen.

Lamothe told Task & Purpose that document was not the same one mentioned in his report, but there are exact word-for-word quotes in both the Post's report and the App Risen document, such as “while it may be uncomfortable to deal with the hard facts, it's best to avoid the 'hide your head in the sand' reaction. Stay in charge of the situation by getting a clear understanding of what's happening.”

You can see the Coast Guard documents here vs. Apprisen's.

So not only did the Coast Guard share tone deaf guidance to its members, but it seems to have plagiarized that guidance from some other source.